Testimony from the Circle of Prayer: Steve Harper

At the Rutba House, we’ve learned from experience about our need for prayer. Thankfully, God has sent friends to help us open up the storehouse of the church’s liturgical prayer tradition. A little over a year ago, we teamed up with friends from The Simple Way to release Common Prayer: A Liturgy for Ordinary Radicals as an invitation to fellow-travelers around the world: “Let’s pray and act together.” The response has been incredible. We’ve found ourselves caught up in a new prayer movement that spans the breadth of Christian traditions and the depth of human suffering around the world. This prayer movement is an anchor for our hope, the invisible power behind the everyday awakening we see happening.

In this special “testimony” section, I want to highlight some of the wise teachers and elders we’ve met in this great circle of prayer. I recently had a chance to interview Steve Harper, professor of spiritual formation at Asbury Seminary. 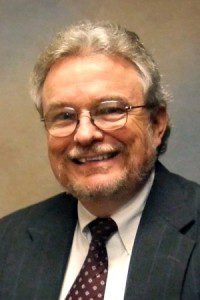 He’s the author of several books on prayer, the most recent being A Pocket Guide to Prayer. I was tickled to get a copy of his pocket guide this week, right alongside the first box of our pocket edition of Common Prayer. Indeed, we’re in good company in this circle of prayer.

JHW: You teach prayer in the seminary and in the church.  What role do you see liturgical prayer playing in the formation of Christians today?

SH: For at least a decade, I have been observing and learning from a clear prayer renewal. As I have explored it further, I find that liturgical prayer is one of the main elements. I have deepened my own life of prayer in the liturgical tradition, and I am teaching others to do so. I believe that liturgical prayer connects us to “the great cloud of witnesses” (some call it The Great Tradition), and I believe that this biblical/historical witness is necessary to keep our faith rooted and alive.

Liturgical prayer “leads” me into prayer in ways that my own stream-of-consciousness never can. I pray the faith in liturgical prayer, and I pray about things my “personal prayer list” does not contain. Liturgical prayer does not inhibit spontaneity, because I can use any of the words as “windows” at which to pause and through which to look for an expansion of my prayer in any given moment. Then, I can continue on with the prayer form as my guide. And perhaps most importantly, liturgical prayer takes me out of any kind of privatized praying and invites me to always pray in community. I believe liturgical prayer is a great unifier in the Body of Christ, and when we are “one in the Lord,” exciting and important things will happen!

JWH: You mention in the intro to your pocket guide that you were influenced by Robert Cushman’s A Pocket Prayer Book. How did you come across Cushman’s book?  What role has it played in your life?

Cushman’s little prayer book first appeared in 1941 and over the years sold more than 2,000,000 copies.  I came across it in the 1960’s when it was advertised in The Upper Room Daily Devotional Guide. I bought a copy and it became an instant guide and friend. I’ve worn my copy out. I think what it did was to introduce a non-liturgical, West-Texas Methodist, to morning and evening prayer–complete with prayers and poems to guide those stated occasions.

The little book was not “liturgical” in the strict sense of the term, but it enabled me to understand that the Christian church has observed fixed times of prayer within the context of an ongoing life of prayer. So, it was both an enrichment to my own praying and also like opening a door for me into further discoveries about the place of fixed prayer times, prayer books, etc. in the development of our spiritual life.  And, it eventually inspired me to write and compile a successor to Cushman’s book, which Upper Room Books published in 2010 under the title, A Pocket Guide to Prayer. 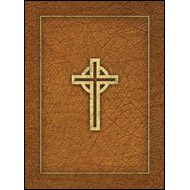 JWH: Your pocket guide has five “offices” or structured times for prayer each day. The Islamic community is known for praying publicly five times a day. But most Christians don’t have a practice of praying that often. Still, you write that this is a longstanding tradition in Christianity. Why is it not so well known or widely practiced?

I’m sure there are many more reasons than I can think of. But I believe the main reason is that we have limited our understanding of the practice of prayer largely to post-Reformation, Protestant sources. Or to say it another way, a lot of us have not become acquainted with the 2,000 year history of prayer in Roman Catholicism and the accompanying Orthodox tradition after 1054 A.D.

Moreover, we have also not paid sufficient attention to what we might call “the prayer-book tradition” within the Anglican and Lutheran traditions. So, it means that from the get go, we have severely limited our exposure to the resources which would have potentially guided us into vital liturgical praying.

In my own Wesleyan tradition, for example, we moved (especially in North America) into a more subjective, free-style kind of praying. I don’t know exactly how this happened, but to the extent that other denominations in The United States can say the same thing is yet another indication of why a lot of us have “come late to the dance” that liturgical prayer invites us into. Happily, this is changing as the ancient-future renewal is bringing us back to a type of prayer that millions of Christians have never ceased to practice.

JWH: How do you understand the connection between prayer and action? Praying five times a day would certainly change a person’s schedule. Does it change other parts of their lives?

Prayer brings our heart and God’s heart together, and when this happens, we can know that the foundational result will be enacting the two great commandments:  love of God and love of neighbor. These are the twin “actions” of any authentic Christianity, and prayer brings both to life. Any prayer life that does not result in these two actions is spurious.

Does this kind of prayer change more than our schedules? Well, I can say “yes” because of my own experience, and what I believe is the experience of a growing number of people. My friend, John Michael Talbot, who began his journey as a Methodist writes that his entry into liturgical prayer came slowly, and my journey into it has come slowly too. I think it’s important to make that clear–especially in an instant-gratification culture. The “change” doesn’t happen overnight, and often it does not occur without some feelings that it’s never going to happen. No form of prayer is exempt from times of dryness. But I believe that liturgical prayer with its stated times is like sowing seeds day after day.

In time, these seeds sprout and produce a variety of fruit. For one thing, they create more of a “disposition” (heart) for continuous praying: praying without ceasing–a life of prayer. For another thing, we discover that we don’t read the printed words–we pray them. And, liturgical prayer is one of the best ways I’ve found to deal with wandering thoughts during prayer. All these things, and more, are important changes that combine to help develop “the mind of Christ” in us.

JWH: Do you see a new prayer movement in the church today?  What signs of hope would you point to?

I see a “new Pentecost” in the church today, and prayer is at the heart of it.

Despite many, many challenges in the Body of Christ today (especially in North America), I believe we are living in a time when a fresh Wind of the Spirit is blowing, and God is inviting us to raise our sails and become filled and directed by that Wind. I can only briefly mention where I see that renewal from my vantage point, and I’m sure there are others.

In the parachurch domain, the Navigators continue to “fuel the flame” through their Pray! website and related resources. And others like Renovare, InterVarsity, and Upper Room Books are contributing directly and indirectly by calling us back to classic principles and practices of the spiritual life. When you combine these things with what’s happening in Latin America, Africa, and Asia–the “final report” is nothing short of breath-taking.

'For you were [redacted] in Egypt'...
slacktivist
Related posts from Jonathan Wilson-Hartgrove