America, Behold Your God [of “Civil Religion”]: the Underlying Meaning of Gay Marriage and Other Incoming Issues (Summary) 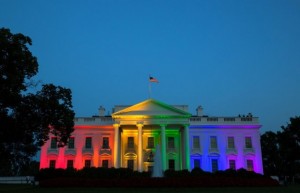 A few days ago, Pastor Cooper posted a link to an excellent podcast discussing the idea of gay marriage from a biblical perspective. In the podcast, he also talked about a recent article on the topic by the popular Eastern Orthodox theologian David Bentley Hart. Pastor Cooper’s analysis is very helpful and I highly recommend checking it out.

And yesterday, on my blog, I posted a lengthier piece addressing the issue of gay marriage – arguing more from the basis of universally accessible human reason.

Here’s a summary I put together about the article:

While “attending to one’s own house” is always the “best strategy for evangelization and prophetic witness” (Leithart), Christians should also not be indifferent to the shifting moral currents of the wider world. The Scriptures inform us that while the “sky fell” in Eden, things can nevertheless get worse for human beings morally speaking. With the rise of things like gay marriage, a pseudo-social justice – imitating the real thing derived from Christian piety – has fooled many into embracing this aspect of the sexual revolution. I argue that, in fact, something like state-sanctioned gay marriage could have only arisen in a context largely influenced by Christianity. In short, the “Enlightenment” has played a definite part here, but it quickly gained steam because it was a sophisticated Christian heresy – and it has now helped shape the “God of American Civil Religion” into the “holy trinity” of Freedom, Progress, and Pragmatism. In this context, morality from an increasingly secular perspective – in spite of its appeals to “human solidarity” – boils down to seeing what one finds to be pleasurable as “good” and what one finds to be displeasing or painful as “bad”. Elites in our culture have consciously or unconsciously cast aside the knowledge of purpose found in the created world and are now “creating meaning” as best they can, working towards these purely Epicurean ends. Some of them might insist that they find aspects of Immanuel Kant – particularly with his emphasis on human dignity (and not using people as means to ends) – to be appealing and worthy of keeping, but the difficulty is that Kant’s view inevitably gets dissolved in Darwinian-infused Epicurean acid: one can never claim that humanity – and hence “innate” human morality – is in any sense permanent or stable. Therefore, as Chesterton said, progress does not mean that we are always changing the world to suit our vision (whether in line with God’s vision or not) but rather that we are always changing our vision. Future consequences of this that are already materializing are explored and the nonsense of “my truth, your truth” is put to rest: we all, with greater or lesser zeal, push for a certain “teleology” (however rational or irrational). Finally, this is explained in light of the Scripture’s insistence that all men seek to save themselves in this or that fashion through their actions – whether in line with His law or not. Only the One who loves His enemies can ultimately save humanity from humanity.

On the Enlightenment as a Christian heresy:

…in my view the “Enlightenment” is simply the most sophisticated and deadly of Christian heresies yet developed. 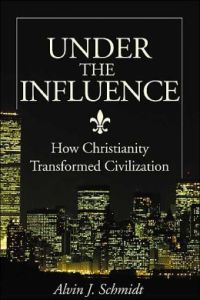 Morally, it hijacks Christianity’s emphasis on the dignity of the individual person and it praise of sacrificial service, particularly to the oppressed. Taking cues from Christian notions of love and freedom, it elevates the importance of the notion of “consent” (if you love something you, like the “prodigal father” in Luke 15, “let it be free” – this is the reason why free consent is considered to be at the heart of marriage in the West[ii]). And, at least until the “Enlightened” gain enough power, the Enlightenment mimics the Christian God’s impartiality and forebearance with its notions of “equality” and “tolerance”. In addition, taking its cue from the incarnation of God’s Son in history, it accentuates our sense of, and respect for, the empirical. It also assumes that the world is ordered and that our sensory equipment is likewise ordered, and reliable. In like fashion, the new life and transformation the love of Christ brings becomes progress and evolution.

In sum, there is a reason that notions of social justice find a home among those who identify with the person of Jesus Christ. Social justice came from Christianity…

On how even “social justice mimicry” has historically been good, creating true progress:

From my viewpoint, even the most “Christian” nations in world history have never been that convincingly Christian. As Chesterton said, “Christianity has not been tried and found wanting; it has not been tried.” Still, in nations where it has held some sway, I would argue that such heart-felt sentiments found in the general populace – mirroring the ones of those actually devoted to Christian teachings – have served us well. For example, we might be surprised to hear that world history, until re-oriented by Christian conviction, actually revealed a general lack of concern regarding children, women, and the practice of slavery.

On what it means to see God’s design in the world:

…when I speak of this design in the universe, I think of it not primarily in terms of science, math and engineering but rather of art and choreography[viii], with all the things therein having roles to play in a dance that brings gladness to men’s hearts (see Acts 14, where Paul talks about the joy God gives to all people). Therefore, while we certainly do not ignore, for example, the significance of the “mechanical engineering” of the “parts” of male and female that “produce” children (see this article), the understanding of reality that I am speaking of here encompasses this organic family into a complete picture that is more mature, and characterized primarily by the beauty and joy that emerge from the natural roles at play.

“As long as the vision of heaven is always changing, the vision of earth will be exactly the same. No ideal will remain long enough to be realized, or even partly realized. The modern young man will never change his environment; for he will always change his mind.” (Othodoxy, 105-108, Image books, 1959)

Chesterton would have us think more critically about what is real and imaginary progress. It seems to me that with the popular notion of progress, the hope of holding on to Kant’s assertion of persons not being reduced to means to ends is a pipe dream…

You can read the whole article-length piece at my blog, theology like a child. 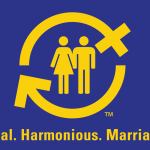 June 27, 2015
Response to the SCOTUS Decision on Gay Marriage
Next Post 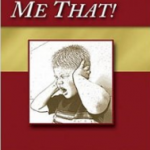 July 7, 2015 Is “You May Not Use Your Conscience to Guide My Behavior” a Christian Way of Speaking?
Recent Comments
0 | Leave a Comment
"only this:a person's life is sacred, but each of us has a moral conscience and ..."
Christiane Smith Gradually Embracing Jack Kevorkian’s World?: Christians ..."
"Roger,True. And here, evidence and logic are important, but there is also the issue of ..."
Nathan Rinne Fighting Critical Theory Approaches in the ..."
"I agree. No one has the time to become an authority on everything. But we ..."
Roger McKinney Fighting Critical Theory Approaches in the ..."
"Roger,I think its important to acknowledge that obedience to authority without necessarily involving reason and ..."
Nathan Rinne Fighting Critical Theory Approaches in the ..."
Browse Our Archives
Follow Us! 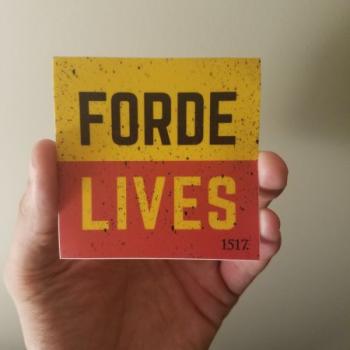 Evangelical
Why is Contemporary Conservative Lutheranism So Confused About...
Just and Sinner
TRENDING AT PATHEOS Evangelical