No, David Bentley Hart, Wealth is Not Inherently Evil 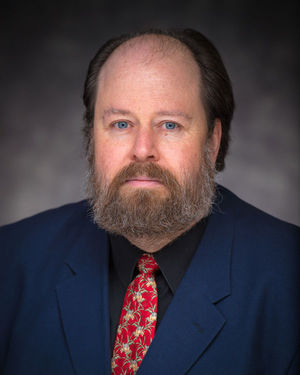 Eastern Orthodox theologian David Bentley Hart recently released a new translation of the New Testament. Personally, I am not sure why such an endeavor is necessary at all, as there is certainly no lack of new translations flooding the market. I am especially wary of translations which are the product of one individual thinker, rather than a committee or ecclesiastical body. In the work of translations, an individual theologian is too often tempted to read their own pet concerns into the text. One only need to look at N.T. Wright’s New Testament, for example, to see the novelty of translation which one can come up with when there is no accountability from other people [1]. Nonetheless, Hart’s translation has been released, and his comments upon the matter have been interesting to say the least.

I appreciate thinkers who challenge my own assumptions, and who help me to engage in the theological task critically. This includes many with whom I have profound theological disagreements. Of such thinkers, Hart is one who I have especially enjoyed reading. His take on issues is always unique, and his Patristic and philosophical knowledge is nearly unmatched in contemporary theology. His erudite smugness in writing style leads itself both to frustration and to moments of profound discovery. In this particular work, wherein Hart attempts a new translation of the New Testament, he has contended that this project has lead him to an understanding of wealth in its Biblical setting which is rather unique.

Hart’s contention is that in the New Testament, wealth as such is an evil. In particular, he purports that capitalism is a product of secularism, which is incompatible with Christianity. As one whose political ideology can be generally categorized as Libertarian, it is of no surprise that I disagree with Hart on this issue, which is laid out in an article titled “Christ’s Rabble: The First Christians Were Not Like Us” [2]. In this article, Hart critiques the position of Samuel Gregg that the New Testament condemns only an unhealthy trust in, or idolatry of, wealth, rather than the acquisition of wealth itself. For Hart, such a contention is the result of forcing the ideals of modern culture into the text, rather than a product of consistent exegesis. 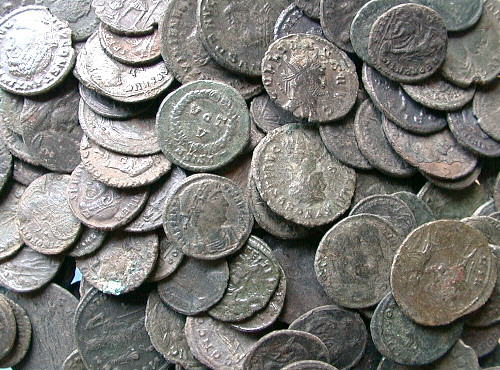 The primary argument for such an assertion by Hart is that the words of Jesus toward wealth are continually harsh, such as the famous encounter between Christ and the rich young ruler who is told to sell his possessions. Nowhere, in Hart’s view, does Jesus condemn only idolatry of wealth while simultaneously affirming the goodness of material possession. This, then, leads to a discussion of the life of the early church in Acts who shared all things in common. In his usual controversial style, Hart states: “the early Christians were communists.” Surely, such phraseology is used as much for shock value as anything, but what this demonstrates is that Hart views the situation of Jerusalem explained in Acts not merely as descriptive of one Christian community, but as prescriptive for the entire church. Such is hard to substantiate from the text.

There are several problems with Hart’s argument here. First, it is quite odd that Hart, as an Eastern Orthodox Christian, can contend such a thing when by his own admission, the church has historically rejected such an interpretation at least since the fourth century. If the denial of wealth was such a central aspect of the Christian tradition for the apostles, was this simply lost and ignored throughout the history of the church? Certainly, there have been some movements in history arguing for such an interpretation, such as some of the radical Franciscans and Anabaptist groups. However, this has never been the position of Eastern Christianity. Of course, Hart has always been something of a rebel against his own tradition (his fondness for Origen being a prime example) so this is hardly surprising. However, it does seem difficult to square with the Orthodox concept of authority.

Second, this position is exclusively taken from the New Testament. One has extreme difficulty in substantiating the claim that wealth is an inherent evil from the Old Testament, in which it is often spoken of as a blessing. Examples of this are numerous, but a few are given here. Abraham had a bit of wealth, with servants following him and a significant amount of material goods. Yet, when called to faith, he was never rebuked for it. Job is another example of one who is described as owning an extensive amount of livestock and having material blessing. When God restores Job after his excruciating trial, he receives material goods. The book of Proverbs speaks continually about God blessing people with earthly success and wealth. Were riches an inherent evil, this would simply be an impossibility. An illustrative example is that of Solomon, who is rewarded with riches by God. The wise king abused such riches, causing him to fall into deep idolatry and other problems symptomatic with a love of personal gain. What is problematic in his case is precisely what Hart argues against. He trusted in wealth. It wasn’t merely the acquisition of it which was problematic. One might contend, of course, that this was simply the case in the Old Testament, and that the commands of Jesus merit a more radical way of life. If this is the case, it must be demonstrated that the New Testament clearly teaches such a radical break, which in my opinion, it does not.

Hart’s discussion about New Testament texts is rather selective. Yes, it is true that in the book of Acts, the church in Jerusalem shares their goods. Yet, it does not seem that this was a universal practice at all. One simply cannot reason that because one church did it, therefore this is the duty of all people. It is clear that this was actually not the practice of all churches, as is illustrated in the Corinthian congregation. When speaking of giving to the church, Paul writes that each person is to “lay something aside” of what they had made (1 Cor. 16:2). The assumption of this statement is that each individual actually owns such money, and that they are able to make a decision with this income as to what they are to do with it. Paul does not simply instruct the Corinthians to give all of their income to the church, which is then distributed in a “communist” manner. This is also clear in the discussion of lawsuits in 1 Corinthians 6, wherein Paul commands the Corinthians not to take one another to court. One cannot sue another if they don’t actually own anything in the first place; if the problem Paul spoke of was that of ownership as such, surely this would have been made clear in the text. Several other examples could be set forth, such as the fact that John the Baptist commands a soldier to continue making money but not to take too much (Luke 3:14), or the fact that Zacchaeus gives up a portion of his wealth, rather than all of it (Luke 19:1-10), or that Paul commands masters to take care of their slaves rather than necessarily setting them free (Eph. 6:5-9).

Hart is certainly correct that in a Capitalist system, we often struggle with the sins of gluttony, love of money, and idolatry of material goods. We cannot simply ignore Jesus’ harsh statements about wealth and live our merry consumerist lives without any concern for the poor (as Hart’s caricature of Protestantism has it). However, the answer to such problems is not to devolve into the extreme and unbiblical position of rejecting the concept of private property altogether. This proposal has been repeatedly rejected throughout the history of the church. Instead, both the blessings of God in this earthly life along with the temptation to idolize wealth are to be affirmed.

[1] I can appreciate much from Wright as a historian, and I don’t mean to devalue the usefulness of his work. However, I am convinced that his interpretation of Paul is completely inadequate, and has colored his translation. But, hey, I’m a Lutheran, so what would you expect me to think of the NPP? 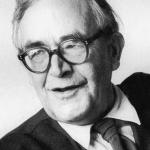 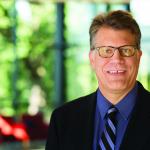 October 11, 2017 My Problem with Steven Paulson's Theology
Recent Comments
0 | Leave a Comment
"Actually you didn't. You dealt with Barth menage a trois but you didn't deal with ..."
Rick Casey Karl Barth is Overrated
"Finally! Someone's finally had the courage to say Barth isn't all that! His early work ..."
Rick Casey Karl Barth is Overrated
"Sadly, the Zwinglian view prevails among Protestant Evangelicals. I am baffled by the Zwinglian principle ..."
RELee Thoughts on Mercersburg Theology
"Dr. Cooper, your book helped pull me off the path of "heading East." Many take ..."
Blaisin Lutheranism and Theosis
Browse Our Archives
get the latest from
Evangelical
Sign up for our newsletter
POPULAR AT PATHEOS Evangelical
1

What the Bible Says about Old...
Cranach
Related posts from Just and Sinner 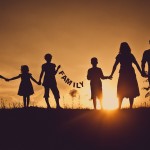 Evangelical
A Biblical Theology of the Family: The New...
Just and Sinner