The past few days in the media have been full of discussion about a supposedly anti-gay discrimination law in Indiana. Like most events covered by the media, a quick false impression has been given about the law, and anyone who supports such a law is declared to be a bigot, stuck in the stone age, on the wrong side of history, or one of the other usual phrases thrown out at people who hold to the ideals of the past 2,000 years of Western intellectual history. This particular discussion is a great case study in exactly how the secular left distorts religious liberty to mean “anti homosexuality.”

From the angry facebook posts to the short twitter rants of people declaring their amazement that an explicitly anti-homosexual law would be passed, one might think that such a bill actually said something about homosexuality! But… it doesn’t. This is how the media works today. Some idea is declared bigoted and intolerant, a bunch of twenty-somethings hear about such an idea, do absolutely no research, and then take to social media to let their opinion be known (I should know. I too am a twenty something, and probably post my own opinions prematurely).

One might be surprised to learn that the Indiana law is nothing new. It’s simply a reiteration of the 1993 Religious Freedom Restoration Act put into place by Bill Clinton. This occurred on a national scale, and such laws have been adopted by 19 other states, including my current home, Illinois. RFRAs on both a national and state level simply do one thing: protect the free exercise of religion. The RFRA has been useful in a number of cases in the past twenty years, granting religious freedom not simply to Christians, but Sikhs, Muslims, and Native Americans (see here).

The argument made from some on the other side is that this law is in fact, a new law, and is deceptively given the title of RFRA to hide its discriminatory nature. The difference in Indiana’s anti-discrimination laws is that Indiana protects, not only individuals, but rights of corporations to exercise freedom of religion. Indiana is actually not the only state to include such provisions, but so does South Carolina.

It is true, the Indiana law is, in this sense, different from many other states with RFRA provisions. But what good is personal freedom is businesses in the public market do not also have any kind of freedom? If I were to go to a Muslim baker and ask them to bake a cake for my Quran burning (don’t worry, this is a hypothetical scenario. I will not be burning any Qurans) should they be required to do so because they are a “for profit” business? Businesses are made up of people, and if businesses are required to provide certain services which are contrary to the consciences of owners of that business, it is an individual’s rights that are being violated.

Let’s stop being so darn offended. If I asked a Muslim baker to make me something explicitly Christian on a cake, and they refused, would I be offended? No, of course not. That’s their right, and it’s my right to take my business elsewhere. A Christian baker should also not be required to make a cake for a homosexual wedding if they don’t want to. This is the great thing about the free market; if a business is discriminatory and you find them offensive, you don’t have to give them your money!

Let’s face it: the secular left’s war on “discrimination” is really a war against religious freedom. They don’t want to allow freedom to hold to Biblical ideals. At least, not in the public square. Let’s stop pretending and show our cards. 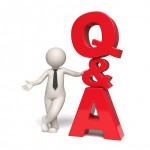 April 1, 2015 Why Businesses Run by Christians Should, in General, Eagerly Serve All Comers
Recent Comments
0 | Leave a Comment
Browse Our Archives
Follow Us!

What the 1918 Influenza Pandemic Meant...
Anxious Bench
Related posts from Just and Sinner