Why Businesses Run by Christians Should, in General, Eagerly Serve All Comers

UPDATE: Please note that in this piece I am offering my opinion to Christians and not saying what government laws should look like.  In light of new developments with “Memories Pizza”, noted indirectly in the article, I recommend  reading what David Brooks said a couple days ago.

Earlier this week, I re-published an old post, now retitled “How Should We Show Christian Love in Indiana and Beyond?”

Things are definitely heating up there.  This is a follow-up to that one.

In the book of Matthew, we are reminded about how God sends the rain on both the just and the unjust. And there is a wonderful passage in the book of Acts that talks about how God even fills the hearts of unbelievers with joy. This is the way our God is, wanting persons to receive His love in all its forms – in spite of the evil in the world that cries out for His judgment.

In addition, there is this very interesting passage in I Corinthians 5 where Paul writes the following about a church that is proud of one of its members sleeping with his father’s wife – something even pagans do not tolerate.

He says this to them:

“I wrote to you in my letter not to associate with sexually immoral people— not at all meaning the people of this world who are immoral, or the greedy and swindlers, or idolaters. In that case you would have to leave this world. But now I am writing to you that you must not associate with anyone who claims to be a brother or sister but is sexually immoral or greedy, an idolater or slanderer, a drunkard or swindler. Do not even eat with such people.

This passage runs roughshod over all our normal sensibilities – why is the Apostle Paul asking believers in a Christian congregation to judge one another in this way? (that’s another post) But notice what I have bolded: we are called to associate with the world, and I think it is reasonable to suggest that Christian business owners, for example, need not be concerned whether the pizza (this is the newest twist) they make is going to be used for a gay wedding. No – in general, Christians are simply not called to police the world and its doings, and we will never extricate ourselves from sin (we have plenty of that in ourselves to).

So, do I then agree with Rebecca Florence Miller, who said on her patheos blog the following?:

“I challenge you, Christian bakers, photographers, and whoever else out there: are you so concerned with keeping yourself “spiritually pure” (as were the Pharisees in Jesus’s time) that you fail to reach in love to those who have been wounded?’

I don’t (and she appreciated my point). Here is how I parse the issue:

“I would say that you misunderstand the reasons many of us think that these persons have a case – not just from a legal point of view but from a Christian point of view. Clearly, we need Christ’s justifying grace as much as the next person. The issue is giving a clear confession. Even for a regular believer, by participating in something like a wedding ceremony (for example by standing up or perhaps even by attending) I might say that I do not think it is right to really celebrate such an event, even if I desperately want to show support to my gay friend. The issue is that I am certainly going to give the impression – at least to most ordinary observers – that I think such an event should be celebrated by my participating in the wedding. For someone who is providing a paid service by contributing an artistic component the same thing is occurring (for is not, arguably, a key purpose of art celebration?)”

In other words, one can really make the case that a confession of Christ is actually at stake here. According to the Christian, all marriages in the world are in fact to be an icon of the greatest spiritual reality there is: the Marriage of The Husband, Christ, and His Bride, the Church. This is ultimately why we live and why we celebrate! This is why all are called to live and celebrate!

“If that is how you feel, then you should be required to indicate that on your store windows. Gay people should not be subjected to the embarrassment and humiliation of trying to purchase a service from you if you know in your heart that it is something that you do not want to do. We should be able to easily avoid people whose beliefs are like yours and a ‘gays-are-sinners’ sticker would help us both avoid awkward situations.”

I replied as follows:

I agree that it would be a good thing to spare those couples embarrassment and humiliation as much as possible. I don’t think any Christian I know would want to do that. Perhaps some other solution than the one you mention could be found. You make me think more about the issue and I thank you for that – I am thinking now that perhaps, if I were such a business owner I might want to do more than offer a polite and perhaps apologetic rejection and referral to someone else.

Thinking about this more: I am sure there are no small number of wedding photographers, for example, that would be eager to make it known very publicly that they are happy to lend their art to celebrate all weddings without discrimination. You think?

This all goes deep for me: in the example I gave above I simply mentioned the Christian who wants to support and show love to their gay friend but also cannot in good conscience participate in their wedding. I’m afraid situations like that will not go away, and that that kind of hurt is unavoidable. That is, so long as gay persons and Christians can manage to continue to have relationships that contain kindness, affection, and care.

Again, this is not about purity: “you’re a sinner and I am not”. I am very much a sinner and I am deeply aware of how much I deserve God’s righteous condemnation. It is about God’s gift of marriage for all persons which is meant to be for us an icon of the True Marriage: Christ and the Church.

Thanks again for your comment…. God’s blessings to you. 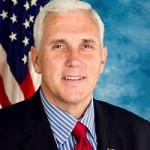 3 Big Questions Everyone Answers Whether They Know...
Daniel 4:1-3 – King Nebuchadnezzar to all peoples, nations, and languages, that...
view all Evangelical blogs
What Are Your Thoughts?leave a comment
Copyright 2008-2020, Patheos. All rights reserved.