The Media Has the Facts Wrong about State RFRAs, but We Christians Still Need to Repent

UPDATE on 4/1/2015: A follow-up post is now available. I found that there were a few things that were coming up again and again in the comments section that I wanted to address, and I also found some areas where my readers helped to deepen my understanding of the issues involved. Please go read the follow-up here.

Over the weekend, I got up-to-date on the controversial new Indiana “religious freedom” law. What I discovered left me pretty much frustrated with both sides of the debate, as well as with the sensationalizing news media.

The media and the liberal crowd have unfortunately really stretched the facts about what the law accomplishes and have applied their outrage inconsistently (why Indiana alone was singled out is beyond me).

The Indiana Religious Freedom Restoration Act (RFRA) is similar to a federal one signed into law by President Bill Clinton in 1993. The federal law is helpful in protecting all of our freedoms as Americans. One example: the ACLU lists ways the federal RFRA is helpful to prisoners in enabling them to practice their religion while in prison.

The federal RFRA was a helpful law, but some ambiguity remained. Wikipedia provides a useful summary of what happened next:

If you click on the Wikipedia link above, you will find a map showing where other such laws exist. In the same article, Wikipedia provides three key points that these laws seek to establish:

Mandates courts use the following when considering religious liberty cases:

In addition, one of the major differences between the state and federal acts, as I understand it, is that the states acts allow the religious liberty defense to be raised in court for civil suits, not just in cases in which the government itself is named. However–and this is a very essential point–the simple ability to cite a defense in court does not mean that the party who claims a religious liberty defense will win their case. An accused party can cite a “not guilty by reason of insanity” defense in a criminal court, but that does not mean they will get off scot-free. This law simply provides such respect for people’s private beliefs that if the government must violate said beliefs, the burden of proof lies on the government to show that they have a “compelling government interest” to do so and they must do so “in the least restrictive manner possible.” This provides us with a useful tool for living in a pluralistic society. 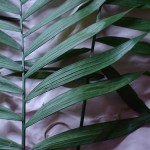 March 27, 2015
How the Palm-Waving Religious Crowd Implicates Itself in the Crucifixion--and How God Refuses to Let Their Sin Have the Final Word
Next Post 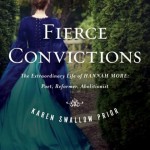