So why has most of my Christian faith been based on fear?

I’m not even kidding.

As I look back, it started when I was nine years old.

The whole trajectory of who God was/is was set to go in a different direction from then on.

The rapture is gonna happen any day.

Make sure we are all ready or we will wish we had been.

Watch out for the mark of the Beast.

It really could be anything…

The little black lines on the cereal boxes.

The Beast is a big computer over in Europe.

Pray it again, in case God didn’t hear you.

Hold your parents hands real tight all night long so they don’t get raptured without you.

That was all when I was nine.

Don’t get caught with your pants down when he returns.

Throw out all your secular albums.

If you play said albums backward you will hear satanic stuff.

Be ready for someone to come in and shoot up your bible study.

You’re not gonna want to deny Jesus when you have a gun to your head.

Does your life have enough evidence to be put in jail if they come after you for being a christian?

And they will come after you for being a christian.

Are you telling your friends so they don’t burn in hell?

Except don’t hang out with those friends who haven’t said the prayer.

Don’t go up the biological handgranade ladder or you won’t come down.

With someone you are equally yoked with.

You can’t get that back.

And definitely don’t get pregnant before you are married.

Don’t drink or you won’t be filled with the spirit.

Don’t smoke or cuss or gossip or chew,

And don’t hang with those who do.

Don’t listen to music about sex.

Watch what you wear.

Don’t cause your brother to stumble.

Don’t listen to the radio.

Jesus will come back when you least expect it.

He will come like a thief in the night.

Best be expecting it.

The world is dangerous.

Halloween is even more dangerous.

That’s when the satanist come out steal little blonde haired girls and sacrifice them.

The World is getting worse.

Bill Clinton is the anti-christ.

Jesus will return before Bill is out of office.

Barak must be the anti-christ.

He isn’t a christian.

Our Christian nation is being run over by muslims.

Our Christian nation is being taken over by gays.

The kids in school are learning about evolution.

The kids in school are learning about homosexuality.

The kids in school aren’t saying the pledge of allegiance.

There is no god in the schools.

Better give our money to the homeschool defense organization so they will protect us when the government comes to our door.

The government IS coming to our door.

Teach your kids all about hell so they say a prayer so they don’t go there.

Except God chooses who goes there and who doesn’t, so there’s that.

Tell your kids about hell, but tell them also not to fear.

Don’t be in debt.

With a happy heart.

Don’t go against your pastor.

Don’t go against your elders.

Don’t go against your husband.

Don’t go against your parents.

Unless they are asking you to sin, so figure out if they are or not.

Go to the nations and tell them about Jesus.

Be ready to get your head chopped off when ya do.

And make sure your kiddos are ready to get their heads chopped off for Jesus too.

Make sure they stay pure.

Don’t even kiss until they are married.

Don’t even think about sex.

And make sure they are ready for Jesus to return.

Don’t spare the rod or you will spoil the child.

Don’t let them talk back to you.

Make sure they honor you.

Except you don’t have any control over any of it.

Don’t make your kids an idol.

Don’t make your husband an idol.

Put them on the altar.

Make sure God knows you love him more than your kids or he will take them away.

Make sure you don’t love your life.

If you love your life, you will lose it.

Except love your enemies.

But God doesn’t have to love his enemies.

Have your full armor on.

Let’s cast that demon out of you.

Let’s pray for you and tell satan to get behind you.

Cast that demon of fear right out of you.

The whole country is going to hell.

Except the ones that prayed the prayer.

But be wise about that.

Who knows who really is a christian.

Watch out for wolves in sheep’s clothing.

Make sure you don’t listen to pastors who might be emergent.

Make sure you only follow the ones who believe in penal substitutionary atonement.

And definitely don’t believe that God loves everyone.

Don’t believe all means all in the Bible.

That will send you to hell.

Or, maybe just make you really dangerous because you will be sending others there with your heresy.

Don’t be a heretic.

Love your neighbor but not really.

Pray for those who persecute you, but mostly just be afraid of them.

Just be afraid of everything.

But definitely don’t walk in fear.

Questions about God are weak.

If you question anything we’ve taught you then you just maybe were never saved.

What exactly are you afraid of, Karen?

Where is your faith, Karen?

But not that Jesus.

Not the one who said not to be afraid.

There is just way too much evil in this world to not fear.

Ok. So be afraid of everyone and everything, but honestly, don’t be afraid.

That was just me typing for 10 minutes.

And I am shaking as I type.

Not out of fear.

More out of sadness.

How is this Jesus?

About Karen R Shock
Karen R Shock resides in Fort Wayne, IN with her husband and their youngest son. She had three more children who are married and four beautiful grandchildren. Oh, and a dog name JT Barrett (Go Bucks). She is a retired homeschool mom and is now a high school teacher and cheer coach. Life is hard, but fun. You can read more about the author here.
Previous Post 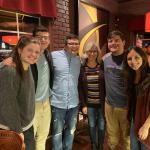 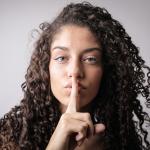 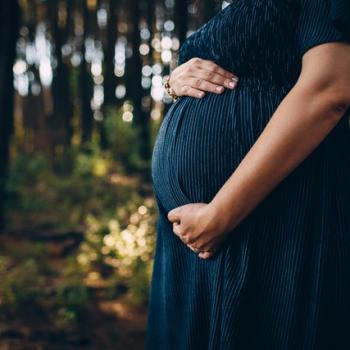 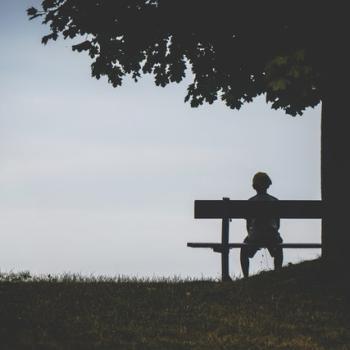 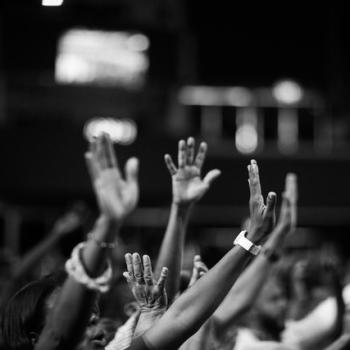