The Justice Conference: Don't Miss It

A farmer works the ground with primitive tools from sunup to sundown, earning eighty-seven cents for a day of back-breaking labor. A girl looks out the tiny window in her brothel, wondering if this small slice of sky is the only view of the world her pimp will ever let her have. A mother in a refugee camp understands from the look in the doctor’s eyes that her son will soon die of malaria, a disease that could have been prevented by an inexpensive mosquito net.

Stories like this are unfolding in our world right now, and their endings have yet to be written. Each of these stories cries out for justice, for resolution and forgiveness and healing. To most of us, such stories seem like unbelievable nightmares, but they are the waking reality for tens of millions of people around the world. Yet as followers of Jesus, we are specifically called to care about—and care for—such people.

Here in Bend, it’s easy to think that justice is something that matters only to other people in other places. After all, most of us already have it. So why should we—teachers, real-estate agents, stay-at-home parents, lawyers—care about justice? And why should we bother attending the Justice Conference? Ann Mara, Director of the Justice Conference, compares our complacency to a movie. “We live in the Truman Show, an affluent bubble where we can very easily close our minds to the real injustice that is happening around us every day. Portland had the greatest number of humans trafficked through it of any American city—that’s right on our doorstep, and we aren’t even aware that there are more slaves today then ever before in history.”

The distinguished speakers coming to the Justice conference are well aware of such heartbreaking realities. Men and women like Nicholas Wolterstorff, Shane Claiborne, Lynne Hybels, Marcel Serubungo, Adam Hochschild, Mike Yankoski, and Shayne Moore are traveling to central Oregon to share their expertise and passion. However, calling these folks “speakers” is misleading. These are people who aren’t content to speak about justice—they are devoted to living it.

Take Shayne Moore: she asked herself how a suburban soccer-mom could care about justice while still clipping coupons, and now she’s a global anti-poverty advocate with the ONE campaign. When asked what led her out of her old mindset—that her Christian life was all about preaching the gospel at home and sending missionaries to do the same overseas—she becomes passionate. “I’m a both/and kind of gal. Two billion people live on less than a dollar a day and almost half a million babies will be born HIV positive this year, and these things break my mother’s heart. I believe they break the heart of God, too. As a Christian, I want to join God in healing his creation—in working for justice—wherever and however I can.”

The Justice Conference gives us the chance to learn from people like Shayne—from philosophers, activists, authors, artists, and leaders on the cutting edge of bringing justice to those in our world who need it most. It doesn’t have to be complicated, either. “It can be as simple as the kind of coffee we buy,” says Ann. “That’s justice, because it changes life for someone on the other side of the world in a tangible way. Each of us just needs to find where we fit.”

Justice isn’t an issue that some Christians are called to care about, while the rest of us are meant to worry about different things. Justice isn’t any more optional than grace, or faith, or love. There is a simple reason for this: justice is integral to the character of God. Mike Yankoski presses home this point. “Again and again in the scriptures we hear of the Creator God’s desire for relationship with his creation, and thus his concern for the redemption of the whole world.” Justice involves restoration; it involves wrongs being made right; it involves relationships being healed—exactly what every Christian longs for and is called to participate in. Mike sees God’s future justice reaching into our present. “This final redemption is what we, as Christians, are all ultimately longing for. Because justice is a fundamental aspect of the coming Kingdom—or do we imagine God’s Kingdom excludes justice?—we must seek to promote justice if we are to be authentic witnesses to the Lordship of Jesus Christ.”

Nothing we do in our world can usher in perfect justice. Not our best efforts, or intentions, or programs, or books, or conferences. That doesn’t mean these things aren’t good, or necessary, because they are. As followers of Christ, we have a simple call when confronted by injustice: be the hands and heart of Jesus in the world. But our efforts will never be sufficient.

So why do anything? This is the problem that paralyzes all too many churches and individual Christians. Overly fearful of the insufficiency of our own efforts, we choose to make no effort at all. This reaction is as understandable as it is wrong. Yes, the myriad injustices in the world are overwhelming. Yes, we can offer no complete solution on our own. Yes, if we work for justice our whole lives, injustice will be alive and well when we die. But we aren’t called to save the world. That’s Jesus’ job. What we are called to do is care for the orphans and the widows. To do justly, to love mercy, and to walk humbly with God. To light a single candle rather than curse the darkness.

What we’re called to do is care enough to show up. What happens next is up to God.

So consider registering for the Justice Conference, or for one session. Commit to buying a book about justice by one of the speakers. Tell your significant other that you’ve been wondering lately how to make a difference, but you don’t know where to start. Help your children write a letter to your Senator. Bookmark several websites about justice. Watch a film recommended by World Relief. Change the kind of coffee you buy. Determine to learn how slavery can be flourishing across the globe, and how your habits might be contributing to it.

At the Justice Conference, you’ll begin to feel the beat of God’s heart for justice. As Mike says, “good things happen when Christians meet together to press into difficult subjects that are close to God’s heart. The Spirit meets us, leads us, and draws us in God’s redemptive work.” Can you envision the poor farmer being paid a fair, sustainable wage? Can you see a way to free the girl from sexual slavery? Can you imagine the mother ever finding peace? God can, and God does, every moment of every day, and that’s the kingdom of justice to which he is calling us.

“We’re fond of saying ‘never again’—but it is happening again, right now,” says Ann, her hands stretching out as if to gather in as much of the hurting world as she is able. “What are we willing to do about it?”

David Jacobsen is a writer and editor living in Bend, Oregon. He is the author of Rookie Dad: Thoughts on First-Time Fatherhood(Zondervan) and he holds a master’s degree in theology and art from Regent College in Vancouver, British Columbia. 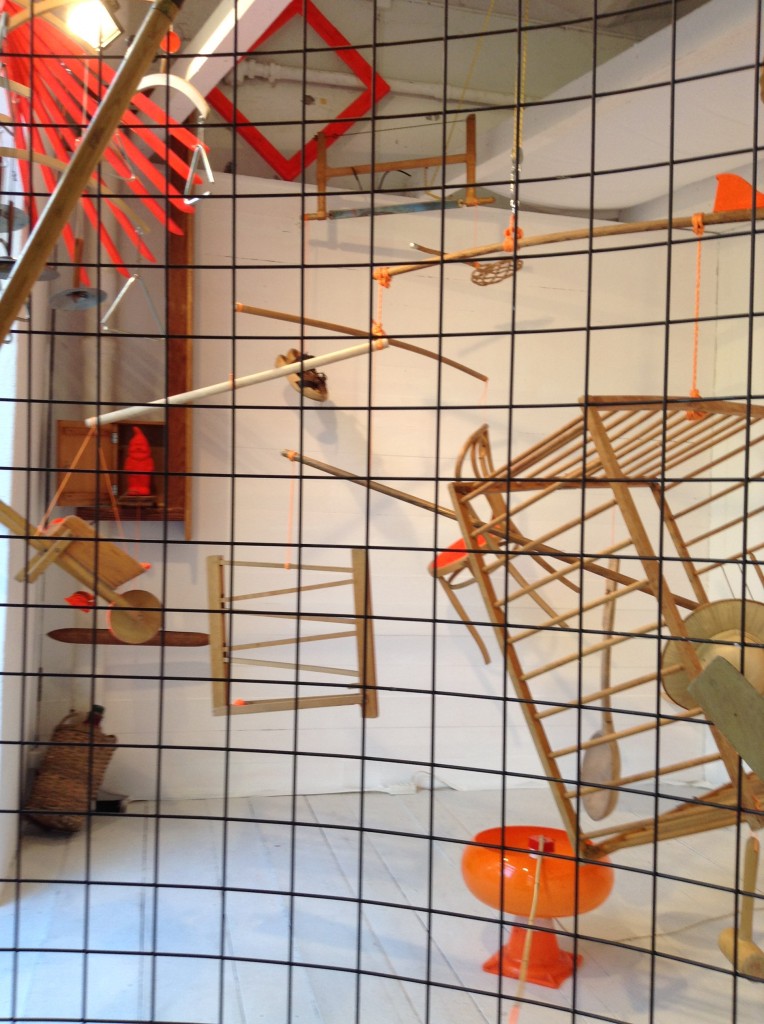 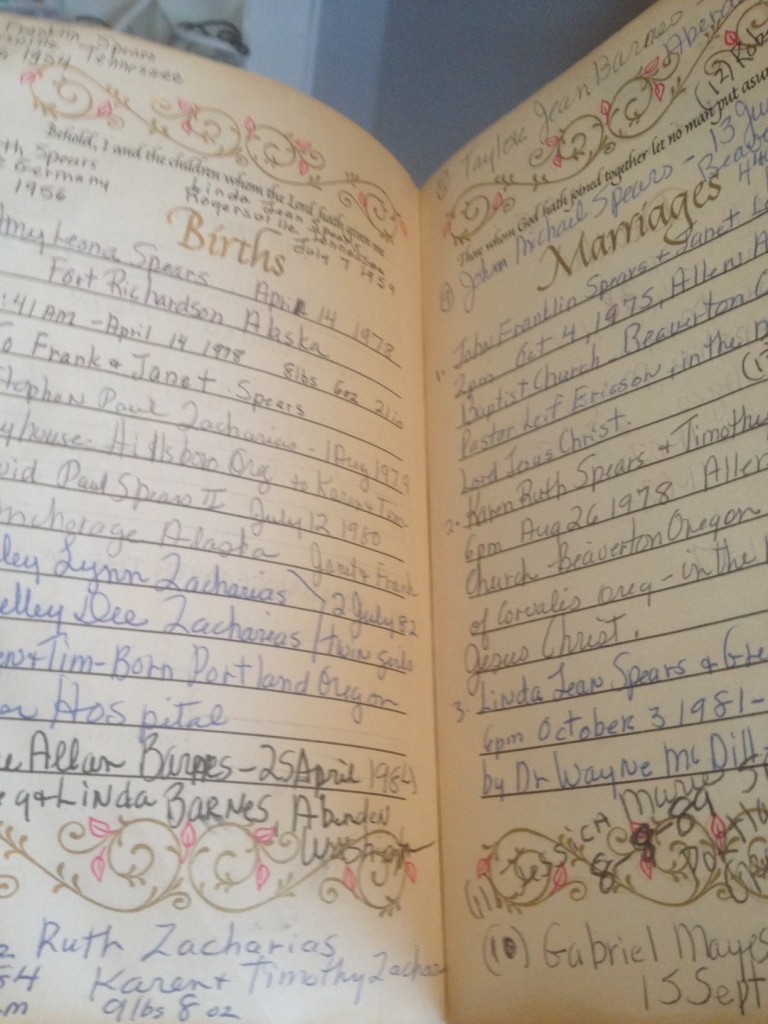