Q & A with Tayari Jones 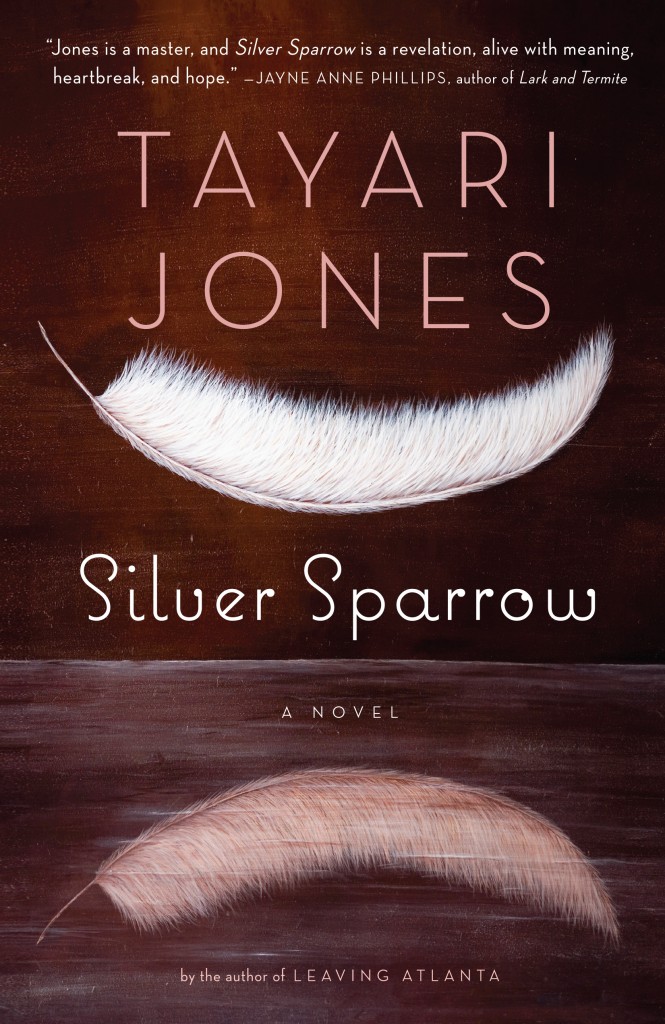 SILVER SPARROW, the latest novel by Atlanta author Tayari Jones, is a “love story… full of perverse wisdom and proud joy,” declares O Magazine.  Dana Lynn Yarboro’s father is a bigamist. So is Bunny Chaurisse Witherspoon’s daddy. The girls, born four-months apart, are sisters, who live in the same town and share the same daddy, but only Dana knows the truth of that. And as Dana learns, truth doesn’t always set you free; sometimes it binds you to a past you cannot shed. Join Karen Spears Zacharias as she and Tayari Jones discuss SILVER SPARROW (Algonquin).

KAREN: How did the story of Dana Lynn Yaraboro and Bunny Chaurisse Weatherspoon first present itself to you?

TAYARI: The jumping-off point was a person, actually—my older sister, Maxine. My dad is not a bigamist. I have to say that every time! But he has two daughters from before he met my mother. When I was a girl, I was fascinated with Maxine. In my home, I was the only daughter, and I always dreamed of having a sister—an ally. I guess I fantasized that there was someone out there who understood me, and there was this sister ten years older who lived 500 miles away that I barely knew. This is crazy, but I believe I have been missing my sisters my whole life. In every one of my books, someone has a sister that is far away—geographically or emotionally. So that is always kicking around in my heart and mind. Then, one day, I was out with friends and someone mentioned a case of bigamy in the news. So my obsession found itself a new plotline. And boom! It was on.

KAREN: Did you consider this a story of sisters or one of daughters and fathers?

TAYARI: Sisters. Definitely sisters. But in my case, when I think about sisters, I also think about fathers.

KAREN: Do you go into a novel with an outline or knowing the outcome in advance?

TAYARI: I never know how a story is going to end. I approach a novel as a question and I write to find the answer.  The desire to know what happens next is what makes me sit down at my desk each day.  I have the same feeling of breathless anticipation writing the novel that I want a reader to have as she turns the pages.

KAREN: Dana’s high school friend calls her an “outside” child. There was a time in this country when an illegitimate child may have felt like an “outsider”. But don’t you think all that has changed over the past twenty years?

TAYARI: I think we have made a lot of progress in terms of acknowledging children born to unwed mothers, but children born outside a man’s marriage are still shunned.  The “sin” of the mother is passed on to the child.  Also, the man may want to shield his wife from the humiliation that is embodied by the secret son or daughter. In my opinion, if a wife chooses to forgive her husband for fathering children with another woman, that forgiveness must come with compassion for the child.  If there is one takeaway from SILVER SPARROW I hope that it is that we should retire the term “illegitimate.”  Every person is legitimate.  Every person is a human being worthy of respect.

KAREN: This is your third novel.  How has your experience with SILVER SPARROW been different than with your earlier novels?

TAYARI: SILVER SPARROW has amazed me by reaching so many readers from so many different backgrounds.  I am just back from a fifty-city book tour where I have met hundreds of readers.  It seems like SILVER SPARROW is connecting across lines of race, gender, generation, everything– because this idea of secret families is more prevalent than you would think.  There is a silent invisible contingency out there– secret children and even the “public” children who have hidden siblings.  It’s something that people want to talk about.

KAREN: We ought to despise James for cheating on his wife, but instead, we see how he stumbled into love with Gwen. But cheating on one’s spouse is never all that accidental, is it?

TAYARI: I don’t think that anything in life is accidental, but I think that much of life in unplanned.  One thing I learned in writing this book was to not think of terms like “cheating” and “illegitimate.”  That sort of language– even lurking in my head– limited my imagining of the story.  In order to pull this novel together, I had to be open hearted to all the characters, to be willing to hear them out.  It may have been helpful that I am not married, so I didn’t have a really strong stake in protecting marriage as an institution.  My only allegiance here was to my characters, to honestly reporting the stories that they shared with me.

KAREN: One of my favorite characters in the book was Raleigh, who seems absolutely unlucky in almost every area of his life, with the exception of Mrs. Bunny who had the decency to care for him. While James is the cad who exploits two women and fathers two daughters, Raleigh is his straight-man. A devoted friend who would likely make a devoted husband, yet, the women overlook him, don’t they?

TAYARI: I don’t know that women overlook Raleigh. I know that Raleigh has his hands full helping his brother manage these two women and their two daughters.  I don’t really think about the characters in categories like James is the cad and Raleigh is the good guy.  They are each good and each caddish.  I mean, James is also supporting two families.  In his own way, he is a family man times two. At the same time, James is a terrible liar and Raleigh helps him keep this damning secret.  So who is the good guy here?  Or is there a good guy?  It’s my goal to write characters who don’t fit easily into our ready-made boxes.

KAREN: What were the challenges for you in writing this story?

TAYARI: The hardest thing was to differentiate the voices of the daughters.  They have so much in common– same age, same social class more or less, they live in the same city.  It was hard to make sure that they each sounded different.  I had to read Silver Sparrow aloud four times before I was sure I got it right.  It was an intense experience!

KAREN: What writers have had the greatest influence on your own work?

TAYARI: Toni Morrison is my role model.  I wish that I could say that she has influenced me more than she has. I mean, who doesn’t want to be influenced by a great American genius?

KAREN: What’s next for you?

TAYARI: Another page, another chapter, another book.  I am at Harvard on fellowship this year, doing some research, trying to find my way.  The one thing I can say for sure is that this novel is going to be set in Atlanta, but I suspect you knew that already.