I just got off the phone with a writer from the Walla Walla Union Bulletin. I’ve spoken to more 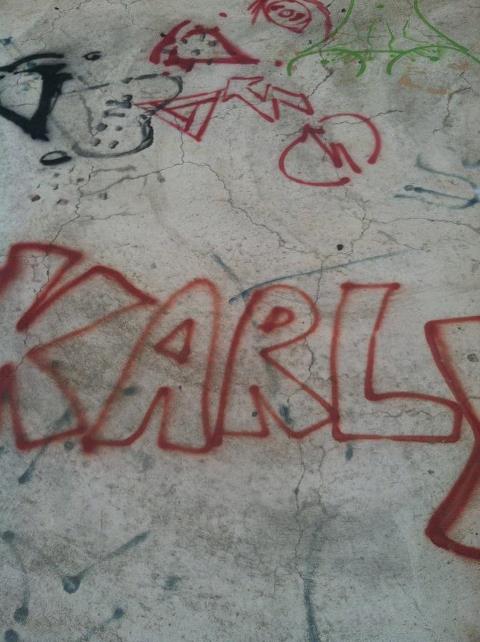 journalists in the past week than I have in the past year. That’s good news because it means the press — the people who have to write these headlines stories that readers find too troubling to read — have an appreciation for Karly’s story. They are pulling for this book. They want readers to embrace it so that they can quit reporting on mothers who put babies in microwaves or boyfriends who torture children to death.

These journalists all ask me the same question — How did you do this?

It’s  not  a matter of technique they are seeking. They, after all, understand better than most the tedious process of pouring over court records and investigative reports.

What they want to know is how did I do this emotionally?

Some of you who have read the book (thank you) have wondered the same thing. You probably are curious as to whether I drank myself through this book. (No.) Or whether I was in therapy for it. (Not yet).

I don’t think any of you regular readers of this blog figure me for being the cold-hearted type. So you know I didn’t remove myself from it. You know that I’ve done what I always do — plunged in head first.

I directed the writer from the Walla Walla Union Bulletin to the back of the book. “There’s a long list of musicians that I cite who ministered to me as I wrote.”

Fellow journalists and my own children will attest to the fact that I don’t typically like noise when I write. This is the first book I’ve written while listening to music. It helped soothe the burn as I wrote.

I got the idea from Jerry Sittser. I’d interviewed him years ago in the aftermath of a head-on collision in which three generations of his family were killed — his mother, his wife and his daughter. Jerry, who teaches at Whitworth in Spokane, had written a book about his grief titled A Grace Disguised. It’s a terrific book. I remember two things Jerry told me in that interview. He said he didn’t know how to grieve for that many people at once. “I lost my past, my present and my future,” he said. The profoundness of that has stayed with me.

There were days, Jerry noted, when all he could do is go into his office, shut the door and listen to music. Music healed the places so raw nothing else could begin to touch them.

So I listened to music as I wrote this book.

But there was another that kept me writing.

As we approach Good Friday, David is weighing heavy on my heart.

We are not a people who likes to consider suffering.

It makes me smile to think about what The Redhead said in the year she was dying: “I am a baby and I don’t like things to be hard or sad and especially not tragic for myself or anyone I love or anyone that I don’t even know. I am thankful that I know this truth about myself. Being frail and weak to the core has made me deeply dependent upon God’s strength. I seek to hear the voice of God and knowing his character is trustworthy, obedience comes more easily.”

We like to skip over the Good Fridays and jump into Celebration Sunday.( And talk about a branding issue — what’s up with Good Friday, anyway? That’s a PR scam at it’s worst.)

When you get around to reading this I’ll be on my way to Corvallis, to appear at an event at the Corvallis Public Library. Corvallis is the town where the murder took place. It’s also the town where I went to college, where I met my husband, formed some of my best memories with The Redhead, and many other dear friends.

Never did I imagine returning to that community one day to recount the story of a child’s murder.

When the writer from the Walla Walla Union Bulletin asked me how I was able to do what I did, I told her I drew my strength from watching David.

He’ll hate that I told you that.

David wants you to know he is nothing special. He’s just a regular chap who never imagined that his daughter would be murdered. It’s easy now that I’ve done all the legwork of pulling the story together for people to make judgments about all the things that went wrong. I warned David ahead of time that people would say cruel things about him, about this case, about my writing, etc.

I was so busy trying to prepare David, I’m not sure I prepared myself very well. I try to remember what my buddy Chad Gibbs says about having an online presence as an author — They don’t pay me to read the comments.  Chad is a very funny fellow.

But what I told that writer from the paper this morning is that David inspires me.

“David is redemption in shoe leather,” I said.

Sometimes these thoughts blurt out of me in such force that I have to go back later and think about what I mean by what I say.

If you met David, and you didn’t know anything at all about Karly or what he’s been through, you’d think he’s most affable chap. Somebody you’d like to have over for a burger and a brew. He’d come, too. To use an old term from my generation, David is a righteous fellow and I don’t mean that in the spiritual way but just in that way that means he’s awesome. A great mix of thoughtful and funny. A silly prankster and yet, very intentional about his life.

David made a choice in the aftermath of Karly’s death to live a purposeful life. One that would make his daughter proud. Each dawn that we wake to new mercies we all have to decide whether we will go through this life as redemption in shoe-leather or hell-on-wheels.

David chooses redemption and I have the utmost respect for him for that. 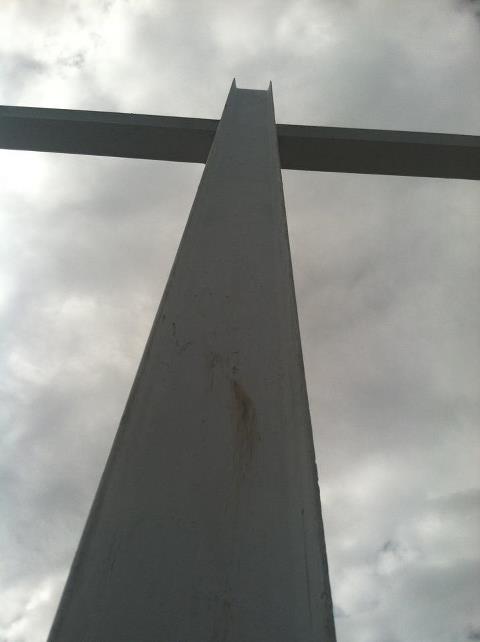 Too often we let life’s chaos destroy us.

Despair and anger overtake us.

Weren’t you angry as you wrote this book? the Walla Walla reporter asked.

Sure, I replied. There is a lot about this case that angers me. But then I just remember David, and how joyfully he lives each day, and I’m reminded that Good Friday isn’t just about the suffering of Christ, as immense as it was, it is also about a father’s suffering.

If there is anything worse than the torturous death of an innocent soul, it is being the parent of the one suffering and dying.

David has given me a glimpse into the heart of God. What it must have been like for God to see his son, who had done nothing other than honor and love others — much like Karly had done — suffer such a horrendous death.

How did He bear it, seeing His Son to be tortured that way? Strung up and nailed down?

Don’t you suppose God hated us at that moment? Hated what we had done to his boy? Can you imagine the overwhelming conflict of love and hate He felt toward the whole of humanity?

Don’t you feel that way, too, about the world, sometimes? Gob-smacked by grace and, yet, doubled-over with despair?

Because of Christ’s example, God chose us.

He has put his hope in us.

That makes me want to live my life in a way that makes him proud. I fail miserably at it a lot of the time, but in the deepest part of me, that’s what I’m striving for.

Writing this book has given me fresh insights into the sufferings of Christ and His father.

What about you? Have you come across some fresh insights on suffering this past year?

April 7, 2012 A visit with the Old White Guy
Recent Comments
2 Comments | Leave a Comment
Browse Our Archives
Follow Us!