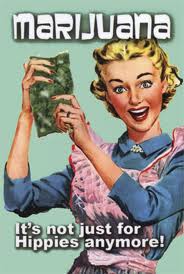 There was a dead child on the floor but that was of little concern to the man pacing.

He had pushed a dining room table and chairs up against a hollow-wood door, in a frantic effort to keep out the EMTs and law enforcement officials who had descended on his home like August gnats.

Everyone noticed the way he walked back and forth around that table, stalking his territory, mostly annoyed it seemed to onlookers that the child’s death may, implicate him. Not of murder, mind you. Shawn Field insists even to this day, from behind prison bars, that he doesn’t know how the child ended up dead while in his care. The dozens of bruises that covered her body? No idea. The ruptured eyeball? Allergies gone bad. The blunt force trauma that killed the child? Again, not his problem.

Only it was more of problem than Shawn Field cared to admit.

He realized that given the murdered child in his home, police would likely do a search and if they did, they would more than likely find the marijuana grow hidden behind that closed door.

Initially it was that illegal marijuana grow that gave Corvallis Police the legal authority to take Shawn Field into custody. That arrest provided detectives and the DA a much-needed window of opportunity early in a murder investigation to establish a timeline of the last day of three-year-old Karly Sheehan’s life. And to identify any possible suspects.

On the day Karly was murdered, Shawn Field was booked into the local jail for manufacturing a controlled substance within a 1,000 feet of a school. Later, after investigators had conducted some preliminary interviews, and gathered some evidence, including that camera belonging to Shawn Field, they charged him with the murder of Karly Sheehan.

But it’s that initial arrest that I think about.

How critical that marijuana grow proved to this case.

How EMTs and others commented upon the strange behavior of Shawn, roaming around the house, sweating over a marijuana grow when a child lay dead on a bedroom floor.

How police were able to make an early arrest in the case, even when they hadn’t yet realized the incriminating evidence that would be discovered on Shawn Field’s camera.

And I think of Karly.

What, I wonder, would have happened in this case if marijuana were a legitimate cash crop?

What if it had been entirely legal for Shawn Field to grow all the marijuana his selfish heart desired?

Karly’s mom testified that when she arrived home and discovered her daughter dead, Shawn Field wandered off to smoke a joint. I suppose all that killing takes something out of a man. I can understand why he might need the detached aloofness that marijuana provides.

Like you, I’ve endured mind-numbing lectures from dread-heads and dress suits alike about the many benefits of marijuana, about all the revenue we are losing because we continue to criminalize something so completely harmless.

But on this ballot issue I remain unmoved.

I will never, ever vote to legalize marijuana.

Pot, some maintain, is a gateway drug.

That hidden grow of his turned out to be the gateway to the city jail. Murder was his ticket to prison.

Karen Spears Zacharias is author of A Silence of Mockingbirds: The Memoir of a Murder.

October 27, 2012 Praying the Remembering
Recent Comments
55 Comments | Leave a Comment
Browse Our Archives
get the latest from
Evangelical
Sign up for our newsletter
POPULAR AT PATHEOS Evangelical
1