The Evil at Sandy Hook 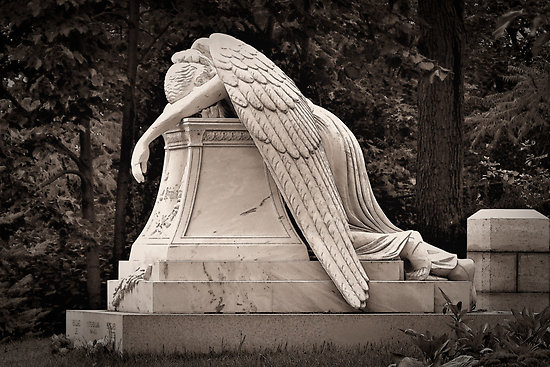 Evil visited this community today, so declared Connecticut Gov. Dan Malloy. Malloy was one of many who mentioned evil as the root source of Friday’s mass murder at an elementary school in Newtown.

At first glance it would certainly seem to be an accurate statement. Only the most demonic would open fire on a classroom full of children. Gloating and standing in front of those sweet-faced and surely terrified children and pull the trigger on not one but two semiautomatic handguns. Without question this was an intentional massacre of our nation’s most vulnerable population. That the killer took his own life offers little consolation. Can such a soul be dead enough?

There was a time when people like the shooter would appear primarily as characters in a Flannery O’Connor short story. Imagination run amuck, creatively, harmlessly. It is easy to identify the one rather notable difference between Flannery’s odd-ball characters and real-life characters like Adam Lanza, or Kip Kinkel — semiautomatic weapons.

Initially, all the major news media erroneously identified the shooter at Sandy Hook as Ryan Lanza, the eldest son of Peter and Nancy Lanza. That’s because police reportedly found Ryan’s ID on the dead shooter. Perhaps a cruel joke? The 24-year-old Lanza took to Facebook in an effort to quell the rumors: It wasn’t me! I was at work. It wasn’t me!

It was his younger brother, Adam Lanza. Adam was a known entity in the affluent and bucolic community of Newtown. He was  recognized by classmates and community members alike as being one of the town’s oddball characters. Although extremely bright, Adam reportedly suffered from some sort of mental disorder. A personality disorder reported one paper. Asperger’s Syndrome said another. Autism, declared yet another.  It will probably be days, if not weeks before we can confirm that Adam Lanza suffered some form of mental disorder.

But we already have the evidence of it.

Adam’s mother, Nancy Lanza, was reportedly discovered dead in her home. Adam allegedly killed her before taking her car and driving to the school where she had taught, and opened fire on adults and children alike. He killed 20 children and six staff members, including the school’s principal. The Washington Post quoted a neighbor of Adam’s: “He would have tantrums. They were much more than the average kid.”

Much more than the average kid.

Indeed, ask anyone who knew Adam Lanza and you will likely discover that nothing about Adam was average. He was highly intelligent and socially stunted.

A former neighbor summed Adam up this way: “Overall, I would just call him a socially awkward kid, I don’t know, shy and quiet. Didn’t really look you in the eye. Just kind of a weird kid.”

Adam was remote, reclusive, not at all an attention-seeker. Nice, said some. Wickedly-smart said others. And now, as the whole world has observed, Adam Lanza embodied evil.

I’ve spent a great deal of the past decade reading and learning about mental illness, the subject of my next book. (Mother of Rain, Mercer  Univ. Press, Fall, 2013).

I was working as a reporter in the newsroom when the shootings at Columbine and Oregon’s Thurston High took place. I see a lot of similarities between Kip Kinkel and Adam Lanza: Good family. Professional parents. Parents struggling to do right by their mentally ill children.

It’s a subject that is dear to me because one of my closest childhood friends suffers from mental illness. She has suffered from it for the past thirty some years. While I was raising my kids, she was courageously fighting the voices that threatened to harm hers.

We had no idea at first what was happening. We were all so young and naive. We were good Christian girls who thought that mental illness was something other people got. People who did drugs or drank too much or had witnessed horrific things.

Long before any of us understood the depth of her illness, my girlfriend struggled with guilt. She was convinced that if she prayed hard enough, if she lived a good enough life, and if she loved Jesus with her whole heart, her mind would be restored.

That first year following her firstborn’s birth, my girlfriend spent a great deal of time locked up in a secure setting. She could not be left alone with her infant, not because of the fear that she might harm the child, but simply because she wasn’t well enough to take care of her own self, much less a baby. When her second child was born, years later, she attempted suicide. But by then, of course, we had come to understand that this was more than postpartum blues. She was seriously ill and she needed more help than her loved ones and her prayer pals could provide.

During all of the chaos that ensued, she made me promise her one thing — Whatever happens, don’t let me hurt my babies, she pleaded. I promised her that, although I felt powerless in my ability to do as I promised.

There were consultations with psychiatrists and psychologists and finally with an endocrinologist who helped give me back my childhood pal and the memories we share. But when she was laying up in that hospital bed, recovering from that suicide attempt, my girlfriend’s mama sat at the kitchen table and wept. She blamed herself for her daughter’s illness. Any good parent would, I imagine. I bet Nancy and Peter Lanza wondered at times if their divorce, or their parenting-style caused their son to go off half-kilter.

I was also working the newsroom when this nation made the decision to turn the mentally ill out to the streets. To shut down state-run facilities for all but of the worst of the mentally ill. It was an effort to save more tax dollars and to give the mentally ill their independence, or so claimed the routine political sound bite.

Law Enforcement reluctantly became the caretakers of the mental disturbed, housing them in county and city jails all across this land. Police warned citizens in advance, though, that there would be consequences to our economic choices.

The families of the mentally disabled often suffer in isolation. Parents are left to search the Internet for any form of help they can find. I bet most of us can name a person in our own community who suffers from mental illness. Someone we all suspect ought to be in a secure facility, for their own benefit, if not for ours. These families may belong to our church. We sneak stares at them across the pews and offer a prayer for them but we do not befriend them because, well, their child is such a weird kid, and none of us really know how to deal with weird kids in real-life and not characters in a short story.

I can’t help but wonder, though, if we grownups are the evil ones for creating a society in which the mentally ill are readily given access to semiautomatic weapons and, yet, are so rarely able to access the type of health care that might truly help them, their families and their communities.  When it comes to the mentally ill, we are still operating in the dark ages. It’s easier to blame the demons, than to realize that we good people have a responsibility in all of this.

For another look at this issue, check out this article on the Huffington Post: I am Adam Lanza’s Mother.

December 16, 2012 A Prayer for the Fallen
Recent Comments
26 Comments | Leave a Comment
Browse Our Archives
get the latest from
Evangelical
Sign up for our newsletter
POPULAR AT PATHEOS Evangelical
1