Did this administration “off” Michael Hastings?

Did this administration “off” Michael Hastings? June 24, 2013 Karen Spears Zacharias 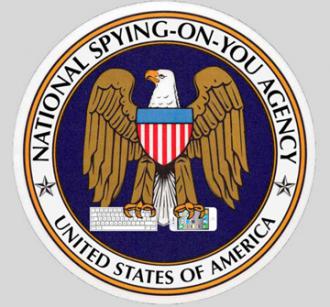 I’m not much of one for conspiracy theories. Oh, I’ve watched the occasional movie and read a handful of books about such things, but overall, I tend to believe that people are too busy doing their regular jobs and living their lives to sit around devising evil plans against the masses.

The Obama administration has changed the way I think about all that.

And, listen, anyone who has read this blog for any length of time knows that is a huge departure from my previous Rah-Rah Obama mantra.

The sort of change this administration is bringing about is the kind I can live without, thank you very much.

There’s no denying that this administration, and others before it, are hell-bent on overstepping their constitutional boundaries.

And maybe even more than that.

While Americans have been distracted reading Fifty-Shades of Grey  or figuring out whether The Bachelorette finally gets her man, it seems that some serious infractions against our civil liberties have ensued.

In other words, Big Brother is not only watching you, he is eavesdropping on you, reading your emails, and keeping track of your daily whereabouts.

As journalist Michael Hastings noted in his last article for Buzz Feed, “Why Democrats love to spy on Americans”:

Glenn Greenwald’s (reporter at The Guardian) exposure of the NSA’s massive domestic spy program has revealed the entire caste of current Democratic leaders as a gang of civil liberty opportunists, whose true passion, it seems, was in trolling George W. Bush for eight years on matters of national security.

The very topic of Democratic two-facedness on civil liberties is one of the most important issues that Greenwald has covered. Many of those Dems — including the sitting President Barack Obama, Senator Carl Levin, and Sec. State John Kerry — have now become the stewards and enhancers of programs that appear to dwarf any of the spying scandals that broke during the Bush years, the very same scandals they used as wedge issues to win elections in the Congressional elections 2006 and the presidential primary of 2007-2008.

Who would have imagined that Hastings would die in an inexplicably fiery-crash only days after filing this story?  Or that hours before his death that he would send out the following email?

Hey (redacted names) — the Feds are interviewing my “close friends and associates.” Perhaps if the authorities arrive “BuzzFeed GQ,” er HQ, may be wise to immediately request legal counsel before any conversations or interviews about our news-gathering practices or related journalism issues.

All the best, and hope to see you all soon.

There is no question that this administration has violated one of the cornerstones of our democracy: the First Amendment. This practice of secret surveillance and seizing the records of journalists is the sort of thing one only expects to see only while watching a Jason Bourne movie. Or perhaps when visiting Syria.

But our government wouldn’t actually go about “offing” its own people, would they?

Sure, there’s that nasty little surveillance program exposed by that nerdy kid who ran off to Hong Kong and then Ecuador. Or wherever.

And, yes, there’s that matter of the drones, that are never, except in very rare situations, or maybe sometimes under extreme conditions used against Americans. Speaking before a Senate Judiciary Committee, FBI Director Mueller admitted that drones were “very seldom used and generally used in a particular incident where you need the capability.”

Say like when there’s a journalist gone rogue, doing real research and real reporting, instead of acting as a mouthpiece for the administration, is that what you mean, Mr. Mueller?

Our government wouldn’t kill innocent people unless it were on foreign soil.

Sure, we improperly and illegally imprison people, and sometimes torture them, without the benefit of due process as required by our very own Constitution, but that doesn’t count as long as we don’t lock those evildoers up inside our own borders.

After all, we are the good guys in white hats and stomp-your-badass-to-the-ground boots, right?

Still, surely, our government wouldn’t off a pesky journalist, would they?

Or imprison a gay soldier for talking out of school?

Or chase a computer nerd halfway around the world, simply because he told everybody what Senators Ron Wyden and Mark Udall were itching to tell the public themselves?

That our very own government is all up in our private bizness.

Recording our phone calls, peering in via Skype as our soldier husbands meet their newborns for the very first time, tracking how many times we make a Starbucks run and recording the frequency of those trips, and monitoring how many friends we actually have on Facebook and what it is we are saying about this administration.

Of course, as long as we follow Joel Osteen’s lead and keep everything perky and prayerful, there’s nothing to worry about.

The government can spy all it wants on us. We got nothing to hide. It’s the only way to keep America safe.

Unless, of course, you happen to be one of those people for whom integrity matters.

Then you might find yourself caught up  in the middle of a fireball early one morning.

But then again, maybe I’ve been at the scene of one too many car accidents, including a 52-car pile-up, the largest in Oregon’s history, and never, ever seen a car aflame like Hasting’s.

The only time I’ve seen a car catch flame like Hastings did was while watching John Grisham’s Pelican Brief.

And, that, after all, was pure fiction, right?

June 25, 2013 Notes from Mama's Bible
Recent Comments
24 Comments | Leave a Comment
Browse Our Archives
get the latest from
Evangelical
Sign up for our newsletter
POPULAR AT PATHEOS Evangelical
1

How Should Churches Respond to Cultural...
Cranach
Related posts from Karen Spears Zacharias

God and Guns-- Part Eight
One of the subjects not really discussed in this book, except tangentially,...
view all Evangelical blogs
What Are Your Thoughts?leave a comment
Copyright 2008-2021, Patheos. All rights reserved.