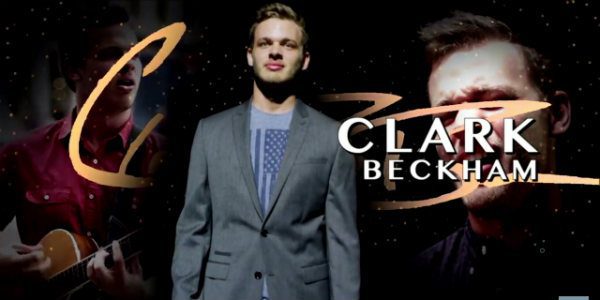 At a crowded party on March 11 in Los Angeles, the night that Fox’s “American Idol” whittled its contestants down to the final 12, Clark Beckham, one of the lucky ones, is busy talking to a group of press. But he takes a few minutes to sit down alone with Patheos Catholic, and when he hears the interview is for a faith-based outlet, his eyes light up.

“God informs everything I do,” said Beckham, a native of White House, Tennessee, “My music, I want to do it the best I can, because God’s given me music inside of me. He’s given me that talent, but like the parable of the talents — which is ironic, that the currency in the parable is talents — I need to be a good steward of it. I need to work really hard to make sure I can make the most of what He’s given to me.”

Tonight — Thursday, March 19 — the “American Idol” 11 (chosen in the first live show on March 12) gets whittled down to 10, and you know there are a lot of prayers going up, even perhaps from contestants less religious than Beckham.

(UPDATE: Beckham wowed the judges, and since a “save” was used, nobody got sent home.)

When “Idol” found Beckham, he was a street performer, a k a a “busker,” on the streets of Nashville. for his audition, he performed James Brown’s “It’s a Man’s World” …

And last week, he did it again. Judge for yourself the difference:

Beckham graduated from Lee University, a private Christian college in Cleveland, Tennessee, and has performed at a variety of Christian communities around Nashville and in his home town.

But, to Beckham, the venue isn’t that important.

That same night, I talked to “American Idol” judge — and Catholic — Harry Connick Jr., and he commented that a lot of performers who start out singing in church not only leave the church behind but also their faith.

(Click here to head over to CatholicVote and see that interview, which includes comments from “Idol” contestant Rayvon Owen.)

To avoid that, Beckham said, “The right support system is important, to have people that are behind you, that have your same vision. It’s the foundation — why are you doing it? I’m singing, and I want to get to the highest platform I can get, and I want to make a lot of money, because I want to go rebuild villages in Guatemala and Ecuador and Honduras. I want to get people off the streets. That’s why I want to do it.

“Most of all, Isaiah 61:1 talks about, ‘The Lord has anointed me,’ it says a lot of things like, ‘to bind the brokenhearted, to declare to the captives, “You are free,”‘, things like that. That’s really the best part … you can be on a broken leg and be healed miraculously, and you can have all these great things, but when your heart is put in chains, and you have bondages and sin that you can’t get away from, and all of a sudden, you’re free of that .. that’s the goal. That’s the greater things that Jesus talks about. That’s the good stuff.”

According to Beckham, his faith hasn’t caused him any issues on the show so far. 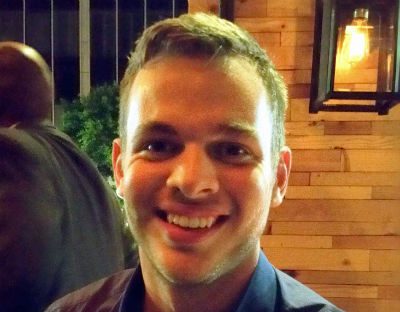 “People just really appreciate honesty and genuineness,” he said, “not someone who is going to throw the Jesus card, almost for publicity, but someone who really believes it, and it’s them. People respect that, because that’s what I’m about.

“There are a lot of things that Jesus told us to do on Earth — to go to all the nations and make disciples of all men. That’s everything. The biggest part, in Matthew 5, Jesus talks about shining your light before men, so that they will turn and serve God and worship God. So that’s what we’re doing all the time.

“Is it preaching in people’s faces? No. It’s shining that light, whatever that is, gifts of the Spirit. That’s the biggest witness — just live your life loving people with the heart of Christ, and everything else works out.”

Beckham isn’t sure, though, that he’ll ever write specifically praise-and-worship music.

“So I would say, do what your heart leans to, to what God is calling you to do. I can write songs all the time about random things, but for some reason, if I try to write a Christian song or a worship song, even though those are the simplest songs sometimes, I can’t do it.

“I have a special grace, I believe, to write music, to play, to sing, and it’s from God, no doubt in my mind. That’s what I chase, and for now, this is where He’s leading me, to secular music.”

Asked about the irony of being on a show called “American Idol,” Beckham said, “Sure, you can get caught up in that name, but an idol is someone that people look to, and it comes with a great responsibility. A high platform is great, if you put Jesus on it.” 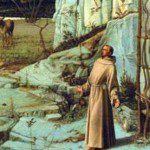 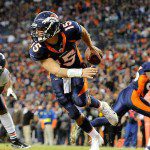 March 19, 2015 Tim Tebow: It's 3:16 Again
Recent Comments
0 | Leave a Comment
"Great review and perspective, Kate. Thanks for reminding me about Miss Luba and other wonderful ..."
Steve Bailey Watching ‘The Jesus Music’ Is Like ..."
"Sounds sort of like a cross between Battle Royale and 13 Tzameti."
Goat Plissken Netflix’s ‘Squid Game’: Violent, Engrossing Korean ..."
"What do you think of Bishops trashing Pope Francis name, and trying to turn religion ..."
oneworlddude Papal Biographer Austen Ivereigh on PBS’ ..."
"What do you think of Pope Francis taking action against celebration of the Latin Mass, ..."
See Noevo Papal Biographer Austen Ivereigh on PBS’ ..."
Browse Our Archives
get the latest updates from
Kate O'Hare's Pax Culturati
and the Patheos
Catholic
Channel
POPULAR AT PATHEOS Catholic
1