Being Christian at Disney: A Firsthand Perspective From Animators Tony Bancroft and Mark Henn

It’s the question that Christians who want to be in entertainment always wind up asking: should I plunge right into mainstream showbiz, maybe head to Hollywood, or should I stay on the outside and produce faith-based content for my fellow believers?

I found a couple of guys who’ve both asked and answered that question.

Earlier this year, I headed to 20th Century Fox Studios for a media conference sponsored by L.A.-area Biola University (“Biola” meaning Bible Institute of Los Angeles), a private Christian institution that has as one of its priorities training students to understand and work in media. Click here to see an interview I did there with “Deadpool” creator Rob Liefield, one of the keynote speakers.

But there were lots more folks offering wisdom from the trenches.

Animator and director Tony Bancroft used to work at the Walt Disney Company, where his credits include “Beauty and the Beast” (the animated one), “The Lion King,” “The Hunchback of Notre Dame,” “Aladdin,” “The Emperor’s New Groove” and “Mulan” (which he directed). He left to create Toonacious Family Entertainment, his own Christian-themed animation company.

Mark Henn still works at Disney, as a supervising animator. His credits include “The Little Mermaid,” “Beauty and the Beast” (the animated one), “The Lion King,” “Pocahontas,” “Mulan,” “The Emperor’s New Groove,” “The Princess and the Frog,” “Winnie the Pooh” and “Frozen.”

Here’s some of what they had to say:

On controversies about Disney movies …

Bancroft: I’ll start by saying that anything negative that’s happened at Disney past the year 2000, it’s Mark’s fault.

Henn: We’ve had controversy back on “The Lion King.”

Bancroft: I remember we even had animators that were Christians that had a hard time on “Aladdin,” because the Sultan said, “Praise Allah!” instead of “Praise God!”

Specifically, regarding the statement by the director of the live-action remake of “Beauty and the Beast” that the film had an “exclusively gay moment” …

Henn: A lot of times, when they look at doing these remakes, or what they say using the word “re-imagining,” it’s that. They have to somehow take what was there and re-imagine it. They figure they’ve got to somehow update it, unfortunately, to what they perceive as the taste of the world now. So that was their film choice.

Bancroft: And it’s made by very liberal, non-faith-based people that have their own agendas. That’s a human thing; you can’t fault them for that.

On working at Disney, if you’re a Christian …

Bancroft: Here’s the thing, after I left Disney, I started my own animation company. We tried to produce “Veggie Tales”-kind of younger, faith-based content.

We got into a conversation with Focus on the Family about possibly doing a project with them that was all animated. So we flew out to Colorado … and the very first question I got when I entered into the reception area of Focus on the Family was, ‘How could you have worked at Disney for so many years, being a Christian?”

Because, this is back when the Baptists were boycotting Disney for some reason or another; there were a lot of boycotts going on. And Focus on the Family was supporting one of the boycotts.

Their focus is on what the world sees as family values, which is changing all the time — and from a Christian standpoint, it’s not for the better.

You know, God asked us to be “not of the world, but in the world,” so that we can influence. I can tell you story after story about how Mark and I, as Christians, big or little, are responsible for changing the direction that we could have gone, spiritually, with some of the content of the films that we worked on.

Bancroft: That’s why Mark and I support what we’re doing here today, which is the Biola Media Conference. Biola is putting out students that are Christians, that have creative talents, that want to get into entertainment.

What better thing than to have an effect in those writers rooms, in the director’s hits, the editorial rooms and suites, all across Hollywood — to have Christians in those rooms, to speak up and say, “You know what, maybe not everybody feels that way, that you do. Maybe not everybody wants to see that scene. Or, why do we have to exactly put that character in there to play this dynamic that has nothing to do with the story? Let’s just tell the story.”

Henn: Like Tony said, Christ called us to “be in the world but not of the world.” I sometimes am fearful of creating these parallel entertainment universes, where you have all things Christian versus the rest. I’m not sure Jesus called us to that. He didn’t live a life like that.

He was right there in and amongst everybody. Obviously, He was perfect, which none of us is, but that’s the balancing act. That’s what’s really hard. You can do that, for the most part, but there are going to be lines that, at some point, you may have to stand up and say, “I just don’t feel comfortable with that.”

On the fear that if Christians do stand up, they either won’t get hired or could get fired …

Henn: Certainly, again, Jesus made it very clear. He said, “They hated me; they’re going to hate you.” What are you willing to sacrifice to be a Christ-follower? Thankfully, I haven’t had to experience that yet.

Bancroft: I’ve actually found that it’s more effective for me, personally, to be a Christian in the secular community of filmmaking. I have more of an influence here than I did when I was in the Christian realm.

Henn: There are a lot of Christ-followers at Disney. We’re there. Everybody knows everybody. We get together once a week, at least, for a little fellowship time. It’s just having an influence, how you behave, how you’re professional in this industry, the quality of work that you’re doing

On being who you are as a Christian …

Bancroft: I’ll brag on Mark. He was my mentor when I got to Disney. I studied and learned underneath him. I was his assistant for years. I learned so much from him, not only from an artistic standpoint, about what an animator is, and what it is to create animation that’s of Disney standard and quality … but more than that, I knew Mark was a Christian because of his consistency day in and day out, the kind of man he was in the department.

He was very dedicated; he was very motivated; he was a good employee. But more than that, he was generous and kind and giving and all the things Christ was on Earth. You can see the attributes of Christianity in him. There’s nobody more consistent than Mark Henn, in his work, and in his personality, and who he is personally.

Henn: We’ll fight the good fight wherever it’s at, whether it’s at Disney or out in the independent market. That’s just what what we’re called to do. So, things come up at work, and people don’t feel comfortable — where we are free at work to voice our opinions, express our concerns. That’s happened in the past in little things. They’ve listened.

But they’ve got a huge chunk of the audience that they’re trying to reach out to, that are Christ followers. They have to be always very aware of that. We’re not in charge, but see what happens.

September 12, 2017
'This Is Us': What an Emmy Win Could Mean for Family Drama [UPDATED]
Next Post 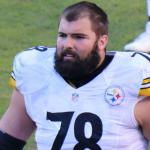