Earlier this year, I interviewed Elizabeth Scalia, known best as “The Anchoress” online, about her book, Strange Gods: Unmasking the Idols in Everyday Life
(which I also wrote about here). Pope Francis keeps talking about the dangers of idolatry in our lives, here are some extended exclusive questions and answers with Elizabeth about our inclinations to idolatry and how to better let God reorder our lives. Strange Gods is a good, accessible book to read, to give, to share, especially these days as we make idols of all kinds of things, maybe even our new pope. And so I give you more Scalia on idols …

KJL: “I am a great idolator and have been all my life.” Why admit such a thing outside of Confession?

Scalia: Actually, that’s a really good point. I know I’ve mentioned it at least once in Confession, but most of the time I’m so busy confessing that that I’ve lost my temper or lied to get off the phone or wished terrible things upon rude drivers -– or more embarrassing sins that I won’t share here — that I’ve not confessed it enough. And clearly I should confess it each time, because if I am failing in other areas, particularly if I am failing in love (which I nearly always am), then I am failing first in love of God, and in this First Commandment. If we are keeping the First Commandment well, we are not breaking the other ones — the rest of the Commandments almost become moot. 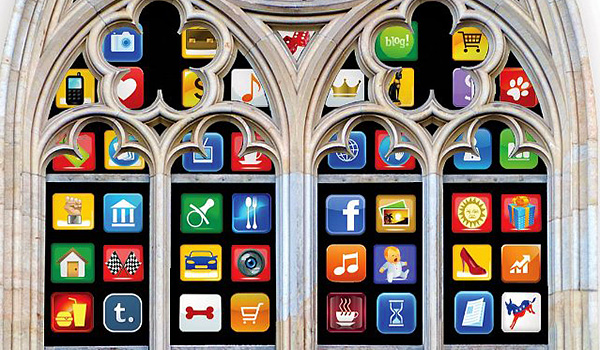 But I have no problem with admitting publicly that I am an idolator. Saint Gregory of Nyssa wrote that “ideas create idols; only wonder leads to knowing.” I have sinned, badly, when I have served myself and my own ideas too fully and I am grateful for the mercy of God that some “stinking thinking” has been released. None of us are obliged to air our dirty laundry, but in this case I almost feel like an ex-drunk who admits to his daily struggles in the hopes of helping another by saying, every day, “yes, this is who and what I am, an Idolator, and left to my own devices, I would be lost. ‘Amazing Grace, how sweet the sound that saved a wretch like me.’”

KJL: “When we attach ourselves to something other than God, God’s presence is blocked, unseen, and disconnected from our awareness.” How do we go about seeing Him then?

Scalia: By reading books like Strange Gods! I’m joking, of course, but really, the first step to seeing God is to seek him. Saint Teresa of Avila said, “if in all things you seek Jesus, doubtless you will find him.” Even if we do not know what our idols are, if we do not really have an inkling of just how blocked off we are, prayer provides an opening — prayer we have memorized by rote; prayer that is extemporaneous; prayer based on psalms; even the simplest of prayers, “Help me to find you…” is a start. If a prayer is made sincerely, with a real intention, it will be efficacious in some way. God’s whole intention moves on a spirit of affirmation, so the tiniest “yes” from you will always be answered with a greater “yes” from heaven.

KJL: What is “real-time salvation within the eternal dialogue”?

Scalia: It is making a conscious effort to take a measure of control over our thoughts and ideas — our anger, our fear, our anxiety, our disoriented love, our temptations — by actively asking to be saved from ourselves of a moment. In scripture, when Peter says he wants to walk on the water, like Jesus, Jesus indulges him; He says, “come” and the fisherman steps out of the boat and begins to walk toward Christ. Then Peter notices the wind, and the choppy seas and his own ideas begin to form, and those ideas defeat him; he is no longer walking toward Christ but sinking beneath the waves, and yelling, “Lord, save me!” In those moments we are like Peter; our thoughts and feelings take over and we are in danger of sinking. Crying “Lord, help me,” is action. Since we are being defeated by our minds, we can work within our minds to reclaim our stance. We can, as Saint Benedict of Nursia advises, “dash those thoughts against the cross of Christ” and they are destroyed, and we are saved from them. The eternal dialogue is God saying, “come” and us saying, “save me from myself, so I can . . . ” 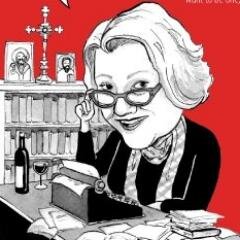 KJL: Why is your distinction between engagement and enthrallment important?

Scalia: It runs along similar lines. In Strange Gods I talk about a pro-lifer who was so enthralled with her cause that upon the death of Betty Ford, all she could find to say about that woman’s life was that Mrs. Ford had supported abortion and so, basically, good riddance; with her death more babies might live. That’s enthrallment. That’s very near super-idol territory. Engagement in the cause of life is great. One of the things that engagement fights for is the recognition of the humanity of the baby or the older person or the very ill, and it’s a cause worth engaging in. If it leads you to forgetting the humanity of your foes, though, then you’re enthralled. Enthrallment is dangerous because it moves beyond simply making an idol of, for instance, the fetus, but it permits us to believe we are the idol’s judge or enforcer. As Christ is the Judgement to God’s mercy, we become the henchman to the idol’s shine.

Idolatry is profoundly anti-Christ in that way, it’s the upside-down mirror image.

KJL: “When something is true, there is no point in arguing. We cannot make anyone believe anything.” How does that gel with the Gospel mandate to evangelize?

Scalia: Jesus never said “go out and make them believe you!” In fact, the idea that any Evangelist can “make” someone believe — can install faith into another through sheer insistence and force of will — is a false idea that could lead a well-meaning evangelist to believe he or she, and not God, and God’s grace, has been the impetus of faith, the deliverer of another’s soul. A knowledgeable discussion between an apologist and an atheist is informative but only the Holy Spirit working in the midst can bring about faith.

Jesus essentially told the apostles not to argue, not to insist. He said, “go — proclaim the good news. If they don’t want to hear it, shake the dust off of your sandals and move on.” All you can do is speak the truth, calmly and with as much love as you can, and hope the Holy Spirit — the Advocate — will help carry it into someone’s heart through whatever slight opening there might be. As we see from the saints, often speaking the truth has no effect at all; doing it while the lions are circling, or the flames are licking though . . . that sometimes has an impact.

The popes of our lifetime have embodied this. They don’t argue. None of them argue. They just speak it — more importantly, they visibly live it the way they speak it — and move on, trusting the Holy Spirit. It’s all you can do.

KJL: When making plans, include within them a willingness to bend into the curve of the Holy Spirit, rather than resisting.” Whatever does that mean? This is 2013, haven’t we outgrown such talk?

Scalia: Actually I think we need more of it, because it is a practice that can teach us detachment, and balanced detachment can play a great role in how contented we are as a people. If we include in our plans, as we are making them, the idea that God might effect something completely different than what they had in mind, and if we’re willing, well, there is great power and peace in that. I once gave a woman at church a ride home. She was using a cane because she’d broken her ankle and it hadn’t healed well; two subsequent surgeries hadn’t brought it fully back. She mentioned that she had a long-planned vacation coming up and I asked her what she would do, if she couldn’t walk. She just shrugged it off and said “whatever the Lord wants” so casually that I knew she really meant it. That she would be content to change her plans, even give up her vacation all-together, if that was what she perceived to be God’s will for her. I remembered that shrug for a long time. She was incredibly instructive to me that night. In fact, going back a few questions, that conversation — her casual blowing-off of her plans, for whatever God wanted — was serious evangelism that made a difference in my own life. Very much so.

KJL: You’re a Benedictine oblate. What is that? Are you more religious than the average Christian ought to or needs to be?

Scalia: An oblate is a man or woman who has become attached to a Benedictine monastic community and has made a profession — a lifelong promise — to try to live in accordance with the Rule of Saint Benedict, as much as possible within his or her station: to try to pray the Liturgy of the Hours, when possible, attend mass, visit the sick, practice hospitality (I’m awful at it), etc. An oblate is a true Benedictine, but simply living outside the monastery walls. Mostly what it means is that I felt called to make this connection, quite possibly because I am not a very good Christian at all, and have a great need for the support of the community and the discipline of daily prayers and practices to keep me going. In his Rule, Benedict tells us that one should take no pride in needing more, or feel under-served for needing less. To need more merely means that one is lacking; to need less means one is not. A topsy-turvey, almost counter-intuitive way of thinking, but I believe he is right. God always provides the mechanism by which we are helped along where we are failing. In my case, I need a strong rope to keep me in line. The Rule is my liferope.

KJL: What do you hope everyone walks away from it reflecting on?

Scalia: I hope people take away from it a sense that God loves us completely, unendingly, intimately, and He craves us to draw near. Like the father of the prodigal son, he will run out to us, if only we turn in his direction. If we are already close but grumbling, like the other son, he will walk over and seek us out. All we have to do is sweep aside the distractions, and He is there, ready to love us with a passionate fullness, if we will only let him. 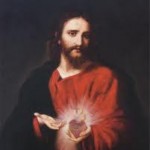 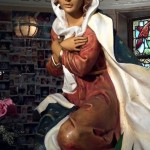 December 21, 2013 Full of Grace!: The Blessed Mother, Kate Middleton, and Every Woman
Recent Comments
0 | Leave a Comment
Browse Our Archives
Follow Us!

Official Catholic Church Teaching on the Inherent, Grave...
This is a list of resources for those seeking to understand more...
view all Catholic blogs
What Are Your Thoughts?leave a comment
Copyright 2008-2020, Patheos. All rights reserved.