THINK THIS, NOT THAT #5: Knock-Down, Drag-Out Fights Over Jesus

Whiz, bam—the early church leaders certainly knew how to put heretics and dissident theologians in their place! They’d bang their coffee cups on the table and cry, “Anathema!!”

(An anathema, if you have to ask, is a ban or curse solemnly pronounced by ecclesiastical authority, and accompanied by excommunication. And anathema was one of the actions which came out of Constantinople II, the fifth ecumenical council.)

The story of Constantinople II is a saga of disagreement and dissent, bitter argument and hard feelings, and a heavy dose of confusion. And ego—Did I mention ego?

The council of 553 (which was not recognized until 680 as the fifth ecumenical council) grew out of the controversy of the “Three Chapters.” This council was totally subservient to the emperor Justinian.

The “Three Chapters” – The “Three Chapters” referred to the writings of three Antiochene bishops: Theodore of Mopsuestia, Theodoret of Cyr, and Ibas of Edessa. Whereas the Council of Chalcedon (subject of the last “Think This, Not That” post) was given a “clean bill of orthodoxy,” the delegates to Constantinople II set forth thirteen “anathemas” which condemned heretical teachings, particularly Nestorianism.

And Nestorianism, if you recall, is the mistaken belief that Jesus’ two natures—divine and human—were somehow kept separate.

Anyway, the “Three Chapters” were condemned and their authors were anathematized (cursed and excommunicated) in a theological tract issued by the emperor, called the Edict of Justinian, in 544.

Following the Edict, the emperor Justinian summed Pope Vigilius to Constantinople in 547, in hope of persuading him to join in the condemnation. After discussion, Vigilius issued his Judicatum, in which he condemned in deed the “Three Chapters.” At the same time, though, Vigilius was careful to support the remaining canons of the Council of Chalcedon.

Vigilius published a second document, his Constitutum and Imperatorum, which condemned the person and writings of Theodore, the writings of Theodoret against Cyril, and Ibas’s Letter to Maris. However, when he laid it before the second council at Constantinople, he was condemned by that body, physically assaulted so that he was forced to take refuge in a church, and—by some reports—banished. He was ultimately persuaded to confirm the decrees of the Council. After an enforced absence of some seven years, he set out for Rome to resume control of the Western church. However, he never returned to clerical power, but died along the way.

The Teachings of Origen – Origen was perhaps the most prolific author in the ancient church, with his works numbered as high as 6,000. The science of faith, as expounded in Origen’s works, bears the mark of Neo-Platonism, a philosophical system which asserted that all existence emanates from a single source, into which a single soul can be mystically united. Also inherent to Origen’s theology is Gnosticism. Gnostics believed in a salvation based on secret knowledge which, when possessed, put them beyond other men and the moral law.

Origen’s theology veered from the church’s traditional teachings, not only in terms of the relation of faith and knowledge, but also more specifically in isolated doctrines concerning the preexistence of souls, the resurrection of the flesh, the final restoration, and the plurality of words.

There is debate among historians concerning whether the Council of Constantinople II specifically anathematized Origen. His name occurs in the eleventh anathema, but there is some dispute as to whether a special session was held, to discuss the specific charges against Origen. There was a smaller council held in Constantinople in 543, to which the anathemas against Origen probably belong.

October 2, 2012
Isn’t the White House Supposed to Be “The People’s House”?
Next Post

Not a Gumball God - A...
Faith on the Couch
Related posts from Seasons of Grace 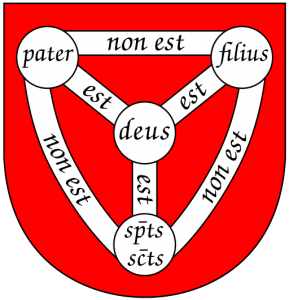 Catholic
Is the Holy Spirit Really God? The Trinity,...
Seasons of Grace 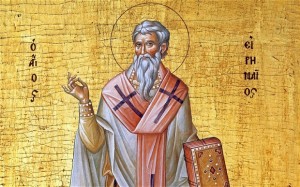 Catholic
Scott Hahn's "Angels and Saints": You Need This...
Seasons of Grace 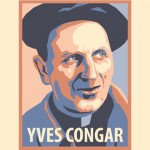 Catholic
Behind the Scenes at Vatican II: Yves Congar...
Seasons of Grace
TRENDING AT PATHEOS Catholic