NO to bluster, star-status and division.

NO to an aggressive and divisive atmosphere.

That’s Pope Benedict XVI’s vision for the appropriate use of social media, according to his message for World Communications Day.  The message was released on January 26, the feast of St. Francis de Sales, patron of journalists.

Monsignor Paul Tighe, secretary of the Pontifical Council for Social Communications, carried the Pope’s message to reporters during a press briefing, explaining that the Holy Father asks everyone to take responsibility for creating a more humane culture online by being respectful, honest and contributing to the growth and wellbeing of individuals and society through social networks.

Too often in blogs, on Facebook and Twitter and other forms of social media, Msgr. Tighe said, “the more provocative I am, the more strident, the more extreme I am in my views, the more attention I get.”  In contrast, the Pope is calling for “the importance of the quiet voice of reason; we need moderation, reason and logic, otherwise our debates are going nowhere.”

Archbishop Claudio Celli, president of the Pontifical Council for Social Communications, noted that even Catholic sites and forums can be plagued by an aggressive and divisive atmosphere.  “The problem isn’t so much displaying straightforward fidelity to particular dogmatic statements of faith,” he explained.  “The problem is how to best show God’s mercy and love, which is often more credibly and effectively done with actions and not just words.”  The archbishop went on to talk about how as a young child he had experienced his parents’ love not just through their words, but through his lived experience in his family.

Pope Benedict encouraged those in the on-line community to reach out to others “by patiently and respectfully engaging their questions and their doubts as they advance in their search for the truth and the meaning of human existence.”  Efforts at evangelization will bear fruit, the Holy Father reminds us, if people remember that it is the word of God itself, not our own efforts, which will touch hearts.  If we trust in the power of God’s work, then we can tone down the level of debate and sensationalism, focusing instead on sharing God’s word.

“We need to trust,” the Pope said, “in the fact that the basic human desire to love and be loved, and to find meaning and truth—a desire which God himself has placed in the heart of every man and woman—keeps our contemporaries ever open to…the ‘kindly light’ of faith.”

Lastly, he reminded people that online communities afford an opportunity to invite others into a faith community, or to religious celebrations and pilgrimages.  These, he noted, are “elements which are always important in the journey of faith.”

Pope Benedict began tweeting in December 2012, sending messages of encouragement and faith in English, Spanish, Italian, Portuguese, German, Polish, Arabic and French.  He quickly gained 2.5 million followers from around the world.  Last week, Latin was added to the list of languages used for papal messages on Twitter.

World Communications Day will be held on the Sunday before Pentecost, this year May 12, with the theme “Social Networks: Portals of Truth and Faith; New Spaces for Evangelization.”

January 26, 2013
Bible and Billiards: Churches as Community Centers
Next Post 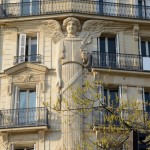