You probably heard that C. Everett Koop, who served as Surgeon General under President Ronald Reagan, died on February 25 at the age of 96.

Dr. Koop, who was Surgeon General from 1981 through 1989, was the most visible and the most influential person ever to hold that office.  During his tenure Dr. Koop raised our national awareness regarding the health dangers of cigarette smoking, and established an aggressive government policy toward AIDS.  He fought to strengthen the rights of handicapped children, campaigning to protect newborns with defects, which led to Congress passing the Baby Doe Amendment.

He was personally opposed to abortion—although he declined to report that the procedure posed a serious health hazard to the women who obtained legal abortions.  In Whatever Happened to the Human Race, which he co-authored with Francis A. Schaeffer, Koop analyzed the widespread implications and frightening loss of human rights brought on by today’s practices of abortion, infanticide, and euthanasia.

In his medical practice, C. Everett Koop was a pediatric surgeon who achieved international recognition for successfully separating conjoined twins and for advancing the field of pediatric surgery with new lifesaving procedures.

Of particular interest is the case of critically ill Veramarie Calandra, fifth child of Harry and Vera Calandra, who operated a small grocery store in Norristown, Pa.  Veramarie was born in 1966, and suffered from a congenital kidney disease.  Dr. Koop performed several surgeries on the infant’s severe urinary tract defects at Children’s Hospital of Philadelphia, finally removing her bladder and warning her parents that she could not live that way, and that the child was certain to die.

Mrs. Calandra had read of the miracles of Padre Pio, and in 1968—just a few weeks before the friar’s death—she was moved to travel with her seriously ill toddler to his monastery at San Giovanni Rotondo, Italy.  Padre Pio received Vera Calandra and two of her children, including Veramarie.  He blessed them and placed his sore, wounded hands upon the children’s foreheads.

Upon the Calandras’ return home, doctors at Children’s Hospital again examined the young Veramarie and discovered, to their amazement, that a small rudimentary bladder was growing to replace the one which Dr. Koop had removed.  It was truly, they believed, a miracle.  Since Padre Pio was still alive at the time of the miracle, it cannot be counted as one of the miracles necessary for canonization; but the family is grateful nonetheless, and believes that it was Padre Pio’s prayer which restored Veramaria to full health.

Veramarie did recover to live a normal life.  Her mother Vera, after promising God that she would spread the word about the pious friar if her daughter were to live, established the National Centre for Padre Pio in Barto, Pennsylvania.

According to the Centre’s website, the National Centre for Padre Pio has been recognized by the Holy See for its spiritual work.  Mr. and Mrs. Calandra had many audiences with Pope John Paul II, and were invited to attend many masses in his private chapel.  In 1987, Mrs. Calandra received the Pro Ecclesia et Pontifice award, an honor bestowed by the Pope for outstanding work with the Catholic Church.  On May 2, 1999, during the Beatification Ceremony of Padre Pio in Rome, Italy, Mrs. Calandra was given the great privilege of representing the United States of America and was asked to read the first reading of the Solemn Mass. 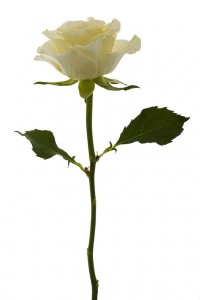 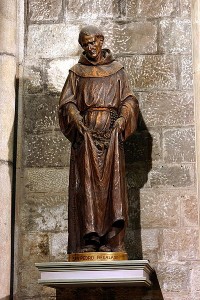