His fisted hand stretching toward the sky, his white cape blowing in the Roman winds, his black leather bag of values in his hand, SuperPope flies off through the streets of Rome, carrying his message of hope.

Yesterday, it was the cover of Rolling Stone.  Today, Pope Francis has been depicted yet again–this time in graffiti on a wall along the Borgo Pio, near Castel Sant’Angelo.  In the street art, Pope Francis is depicted as a hero, cross swinging around his neck, with a simple black valise emblazoned with the word ‘Valores’ (that’s Spanish for ‘Values’).

The Pontifical Council for Social Communications released a picture of the graffiti via its official Twitter page (@PCCS_VA).   Their brief message:

One Twitter user attributed the art to street artist Mauro Pallotta, but that has not been verified.  Here (right) is Pallotta in the process of creating one of his familiar murals.

And here (below), a view of the Borgo Pio.

UPDATE: Today, Catholic News Agency has interviewed the artist Maura Pallotta, who revealed that his viral depiction of Pope Francis as a superhero was done to portray how the pontiff uses his papal authority “for the good.”  Here, from their report:

“I thought of representing this Pope, Francis, as a super hero of the Marvel (Heroes), simply because, according to me, he is one of the few people who, having a real power as a Pope, he uses it for the good like the superheroes of the American Marvel,” Pallotta told CNA on Jan. 29.

Pallotta, 41, is a painter and sculptor who has been living off his artwork in Rome for the last fifteen years. Although he says he does not consider himself a street artist, that might change after images of his “Superpope” caught the attention of millions after its Jan. 28 appearance on the wall of Via Plauto.

Discussing his artwork, Pallotta explained that “It is a little bit like Greek mythology brought to modernity.”

Pope Francis, he said, is “Pop” star “undoubtedly, and according to me this is his perfect portrait. I don’t know, but I see it like this.”

Drawing attention to the briefcase the pontiff is holding in the image, the artist noted that the word “valores” written on top “means values in Latin,” and represents the “Christian values that he carries behind so he doesn’t carry anything else. He only carries Christian values.”

The artist described how he tried “to respect the clothing that he always wears” by depicting the Pope in “simple shoes, a black bag and iron cross.”

However, he observed that “there is also the scarf” of the soccer “team he loves, Saint Lorenzo, that is coming out” of the bag. This “is the team of Argentina for which he cheers,” Pallotta explained, “and which makes him come back to being human.”

“So he is a superhero but with that little scarf he reminds everyone that above all, he is first human.”

Pallotta said that because the area where his graffiti is located is historical – in the Borgo Pio neighborhood just steps away from to the Vatican – he drew the image on drawing paper, which he then cropped and glued to the building.

“I did not want to interfere directly with the color of the building,” he said, “so I thought of making it large and then of applying it on the wall in a way that is removable.”

In this way “it will be protected a little bit (from the rain), but it will not last long,” the artist noted, adding that “I would like to donate the original to Pope Francis. The idea was born like this.”

January 28, 2014
Pope Francis In the Spotlight--On the Cover of "Rolling Stone"!
Next Post 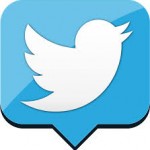 January 29, 2014 Vatican, Disgusted (As Am I) by Obscenities, Considered Closing Its Twitter Account
Recent Comments
3 Comments | Leave a Comment
Browse Our Archives
Related posts from Seasons of Grace

Catholic
Why Catholics (And Everyone Else) Should Stay Away...
Seasons of Grace
TRENDING AT PATHEOS Catholic