Synod In The Modern Church: History and Hope

When Pope Francis brings together key religious leaders from around the world for the October 2014 Extraordinary Synod on the Family, it will be only the third time in modern Church history that such an event has been held.

The two earlier Extraordinary Synods–in 1969 and 1985–afforded an opportunity for reflection and regeneration.  For example, the Synod Fathers in 1985 saw a need for a tool to explain the tenets of the Faith with accuracy and consistency.  What emerged was a plan for a new Catechism of the Catholic Church

And this new Extraordinary Synod on the Family, which will convene October 5-19, 2014, promises a similar infusion of grace and knowledge for the worldwide Church.

One year later, in October 2015, there will be a General Synod on the Family which will include an even wider group of bishops and representatives of the worldwide Church.  That General Synod will build on themes and issues identified in this year’s Extraordinary Synod.

Titled Pastoral Challenges of the Family in Context of Evangelization, the October 2015 Extraordinary Synod will bring together heads of the Eastern churches, presidents of bishops’ conferences, and heads of offices within the Vatican Curia.  The gathered leaders will discuss issues affecting the family.  A few of the many critical topics slated for discussion are pastoral challenges including challenges to marriage, such as cohabitation, teen mothers, and divorce; whether to permit Catholics who are divorced and remarried to receive communion; religious education of children; and civil unions for homosexual couples.

But first:  What exactly is a “synod”?

The word comes from the Greek and means, simply, “meeting.”  A “synod” may meet regularly every three years, in which case it’s designated an “Ordinary General Assembly.”  However, “Extraordinary” synods (such as this one. coming up in October 2015) can be called to deal with specific situations.  There are also “Special” synods for the Church in a specific geographic area, such as the one held in November-December 1997 for the Church in America.

In 1965, Pope Paul VI reinstituted synods as a means of periodically convening Church leaders to discuss, reevaluate and advise the Holy Father regarding specific areas of concern within the Church.  In the ensuing years, two synods have been convened to address issues affecting the Church in the modern world:

In October 1969, Pope Paul VI convened an extraordinary synod to address the relationship of the Holy See with individual bishops, and with various bishops’ conferences around the world.  Three recommendations emanating from the sessions received immediate attention:

An Advisory Council for the General Secretariat was formed, composed of twelve elected bishops and three papal appointees.  This Advisory Council first met in May 1970, and was intended to facilitate communication with episcopal conferences.  The Council also assumed responsibility for formulating an agenda for the subsequent full assembly.

In 1985, Pope John Paul II convened an Extraordinary Synod on the twentieth anniversary of the closing of the Second Vatican Council.  One hundred sixty-five Synod Fathers were in attendance, including all the presidents of over 100 Episcopal Conferences worldwide, as well as various other persons.  The participants reviewed the documents of Vatican II, considering how well they had been implemented in the years following the Council.   In response to a proposal by the Synod Fathers at this assembly, Pope John Paul II authorized the compilation and publication of The Catechism of the Catholic Church, which was finally completed and published in 1992.

A second focus of the 1985 Extraordinary Synod was the status of Episcopal Conferences, particularly their doctrinal authority.  In this discussion, the bishops reviewed no. 38 of the conciliar Decree Christus Dominus, and canons 447 and 753 of the Code of Canon Law.  St. John Paul II addressed this discussion at length in his Apostolic Letter Motu Proprio (Latin:  “on his own initiative”) issued May 21, 1998,  on the Theological and Juridical Nature of Episcopal Conferences.

NOW TO THE PRESENT DAY….

On June 26, 2014, the Vatican released its Instrumentum Laboris (“working instrument”) for the upcoming Extraordinary Synod on the Family.  This official Vatican document summarizes the results of the questionnaire which was circulated last fall.  The topics, as outlined in the preparatory document, include:

The full text of the document, with further breakdowns of these basic topic areas, can be read at the Vatican’s website.

The urgency of the issue is evident:  Pope Francis understands that strengthening the family is the key to evangelization of all peoples.

One important thing to note is that the Extraordinary Synod will not, as some have speculated, bring changes to existing Church law.  Archbishop Bruno Forte, the special secretary of the Synod, laid that notion to rest, explaining:

“It is not, therefore, a matter of debating doctrinal questions, which have in any case been clarified by the Magisterium recently … the invitation deriving from this for all the Church is to listen to the problems and expectations of many families today, manifesting her closeness and credibly proposing God’s mercy and the beauty of responding to His call”.

WHAT SHOULD YOU DO?

Well, first of all, pray.  Hold your bishops and those in authority up in prayer, so that they will lead the Church into an ever fuller implementation of God’s plan for the family and for all mankind.

On September 28, one day after the World Meeting of Families in Philadelphia and one week before the Extraordinary Synod begins in Rome, Catholics around the world are invited to join in a worldwide Day of Prayer for the Synod.

But before that, pray always.  Pope Francis, in his letter to families on February 25, 2014, asked for prayer, saying:

“I ask you, therefore, to pray intensely to the Holy Spirit, so that the Spirit may illumine the Synodal Fathers and guide them in their important task…. Your prayer for the Synod of Bishops will be a precious treasure which enriches the Church.”

July 1, 2014
Hillary Clinton Finds It Disturbing That The Supreme Court Is Doing Its Job
Next Post 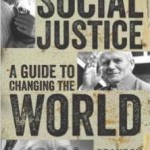