You Call Yourself a Witch?

You want to call yourself a witch? Own it. Take on the mantle of the past. Wear the centuries of oppression. Embrace the inherent otherness of it. Then step into your own sovereignty. But, for the love of Hekate, stop telling other people that they are not doing witchcraft right. And please stop calling it a religion. Taking the title of witch brings with it responsibility. It means to fight against those who limit it to a set of rules or through oppression. Because when witches don’t fight, they burn.

If there is one thing that can get people wound up it’s a discussion about witchcraft and religion. Confession: I get riled up, too. I fundamentally don’t get it when people call it a religion. It’s not. It can be part of one, but witchcraft can also include elements of a religion. Being part of a witchcraft oriented religion does not make you a witch. Choosing to call yourself one does. But, I’m going to make a few points to clarify that being a witch requires something from us. That this title is a honor that comes with responsibilities far beyond making sure that the altar is set up perfectly. I don’t think the witch in the classic painting above was following any rules or religion.

Some people completely lose their cool whenever they hear this. An even worse offense in the eyes of some is claiming that witchcraft has nothing to do with deities. I want to be clear: if you believe that witchcraft requires gods and goddesses, that’s true for you. However, witchcraft writ large does not in any way need anything more than a belief in using internal and external energies to bring about a desired outcome. Period.

Some people assume that because I have a *slight* thing for Hekate, that I consider myself a religious person. Nope. I am:

I teach an entire course that has NO deities. I specifically designed the course this way because I do not believe that religion or belief in gods or goddesses are requirements of witchcraft.

About Cyndi
Cyndi Brannen is a witch and spiritual teacher living the coastal life in rural Nova Scotia. She is a trained energetic healer, psychic and herbalist. Merging together her training in shamanism, Tarot, past life work, meditation and her twenty year career as a psychologist, she teaches and writes about better living through witchcraft. She founded Open Circle about a decade ago which now offers online courses, including The Sacred Seven: A Course in Applied Modern Witchcraft. She has written the forthcoming Keeping Her Keys: An Introduction to Hekate’s Modern Witchcraft. Hekate’s Modern Witchcraft: The First Key is a year-and-a-day course that will start November 1. More info at keepingherkeys.com You can read more about the author here.
Previous Post 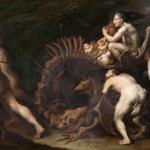 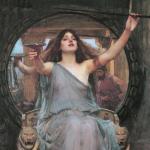 July 18, 2018 Circe Is A Goddess We Need Right Now: Her Story, Powers And Ways To Connect With The Eternal Witch Goddess
Recent Comments
15 Comments | Leave a Comment
"I've been surrounded by spirits my whole life. In my teens and early twenties, I ..."
Nekoshema Living In A House of Spirits
"I have come to dislike the term "witch". It carries with it a negative connotion ..."
LTheel You Call Yourself a Witch? Then ..."
"clicked "continue reading" but got the dreaded 404 error."
Celeste Swaim-Gray Hekate’s Horde: Her Army of Misunderstood ..."
"Just wonderful a magnanimous gesture to fellow witches Blessed Be"
Hekate Hecate Ritual Of Hekate During COVID-19 For ..."
Browse Our Archives
get the latest updates from
Keeping Her Keys
and the Patheos
Pagan
Channel
POPULAR AT PATHEOS Pagan
1

Building For A Future We Won’t...
John Beckett
Related posts from Keeping Her Keys