Hekate And Working With Animal Allies

Hekate’s animal horde is vast and diverse, from her beloved hounds to the witch’s cat. Here’s a list of many of her historical animal companions with several thoroughly modern ones, along with lots of ways of including the Queen of Witches’ animals in our magic.

How Hekate is Associated with Animals

I used two broad groups to categorize Hekate’s animals: those commonly associated with her in myth, stories, literature and art and modern practitioners favored creatures. I looked for themes and also the source to determine their position on the list.

Hekate is unique among most goddesses in that she has an extensive and diverse available historical, literary and artistic records. Some of these sources have greatly influenced modern practitioners’ chosen animals, while others are less commonly associated with her today.

Regarding the ancient written sources, Hekate’s zoological connections are found through epithets, descriptions and in images/statuary.  Through ancient epithets Hekate is associated with animals when Hekate is called either an animal, said to have animal characteristics or is otherwise associated with an animal. She is called “She-Toad” (Phroune), Lyco (She Wolf) and many other animals, particularly in The Greek Magical Papyri. Leaina (Lioness) comes to us from her cult in Caria (modern western Turkey) where she was seen quite differently compared to her mainstream Grecian image that often associated her with a horde of fierce hounds wandering the night. 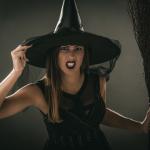 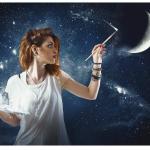 August 9, 2018 New Moon Rising
Recent Comments
50 Comments | Leave a Comment
"Good point. Witch is a classification, like Doctor or Mechanic, not a religion.I am a ..."
Kyllein MacKellerann " You Call Yourself a Witch? Then ..."
"I am one of those Old School Witches who gets hopping mad when someone presumes ..."
Wolf You Call Yourself a Witch? Then ..."
"Good thought! It bought back to mind an old witches affirmation I used to say ..."
Brenda Keitt Be a Grateful Witch: The Importance ..."
"The link does not work and I was hoping to get help. Where else can ..."
JP Vanir The 13 Symptoms of Shadow Syndrome ..."
Browse Our Archives
get the latest from
Keeping Her Keys
Sign up for our newsletter
POPULAR AT PATHEOS Pagan
1

Autumn Is Coming, And Too Many...
Tea Addicted Witch
Related posts from Keeping Her Keys