Hekate’s Horde has followed her throughout the centuries, enduring the same sort of vilification that she has. Phantoms, demons and the restless dead. This collection of outcast souls and reviled spirits is a blessing for her witches and bane for the uninitiated.

The midwife sighs. Another soul added to Hekate’s Horde. The poor woman, whose lifeless body lies on the bed before her has passed from this life without a husband. No proper burial for her. Damned.

At the same moment, nearby, another young woman urgently locks the door. She quickly makes an offering to Hekate at the threshold shrine. This time, she escaped the goddesses’ vengeful spirits hellbent on destroying the innocent.

Meanwhile, in a dark cave, a lone woman stirs the pot, uttering words no man dared speak. The apparition rises out of the pot, coming to rest at her mistresses’ feet. This creature evoked shall exact her revenge.

Hekate collects those souls who find no comfort elsewhere, but these members of her horde are often frightening and fierce to the uninitiated and the unwelcome.

Fueled by rage, bringing our shadow selves to the surface and providing a font of power for her witches. This is Hekate’s Horde.

” …she came to be regarded as a spectral being, who sent at night all kinds of demons and terrible phantoms from the lower world, who taught sorcery and witchcraft, and dwelt at places where two roads crossed, on tombs and near the blood of murdered persons. She herself wandered about with the souls of the dead and her approach was announced by the whining and howling of dogs.” – from A New Classical Dictionary of Greek and Roman Biography, Mythology and Geography (1884) by Charles Anthon

The Bane Of The Uninitiated

Hekate, as I’ve written before, is a vastly complex goddess. Protector. Predator. Guardian. Destroyer. Her wrath inflicted upon the uninitiated, those who attempted to defile her, her horde or her witches. Nowhere is this duality more apparent than when discussing her infamous horde. Hekate’s history is interwoven with the public perceptions of witchcraft, motherhood and female power. Who was afraid of her horde? Was it only the uninitiated? Were the stories told, by men of privilege, thinly veiled attempts to render all female power suspect?

I find the history of Hekate’s Horde to be a case study in the various themes I’ve been exploring over the past few months. Working with them requires deathwalking witchery. Their symbolism, and energy, offers a potent method for exploring our own shadow selves. The rage that fuels the horde mirrors my personal anger, and the feelings that many of you have shared with me. Moreover, Hekate’s Horde speaks to the very essence of witchcraft.

Hekate’s horde of spirits were viewed as inflicting sickness of the mind and body, spreading their toxins on the wind to those who weren’t protected. Madness was associated with her horde when Lamia and her companions are included. Lamia, according to myth, became a child eating monster after her offspring were destroyed by Hera as revenge. The laminaia were spirits who feasted on children. Closely associated with them were the empousai, female spirits who feasted on young men. These were particularly connected with Hekate, lending some credibility to her as the mother of vampires. The mormones were spirits generally used to frighten children, while Mormolyka (Frightening Wolf Mother) was the wetnurse of Acheron. All are members of Hekate’s Horde.

To me, these spirits aren’t infernal, but rather misconstrued in public perception as a means of controlling motherhood, witchcraft, children, and even young men. The stories were told to keep all of these in line, certainly for safeguarding children. The trail of these tales of Hekate’s Horde is found throughout fairytales, influencing the common understanding of witch right up until recent times. The evil queen in Snow White isn’t far removed from Hekate’s ancient horde.

The Crossroads And Contradictions

Writing about Hekate’s Horde requires studying her association with crossroads, both as the literal juncture of roads and as guardian of thresholds. The ancients believed that the souls of the restless dead and the spirits could be found. There is abundant archaeological evidence of Hekatean shrines at the entrances to homes. Leaving offerings at the crossroads on the dark moon was a means of protecting against her horde, as was the shrine at the entrance. Whether or not those ancient witches of hers practiced the Deipnon may never be known. What is part of the historical record is that this was observed by regular citizens. Today, these spirits are still found at certain crossroads. Have you ever experienced one?

The Raging Mother of Witches

Hekate as Enodia, literally “of the way,” often interpreted as “Goddess of the Crossroads” these days was not a benevolent, soft spoken sort of deity. Enodia, originally a Thracian goddess, who scholars posit greatly influenced Hekate’s image, was strongly associated with women and childbirth as well as “black magic.” Hekate’s complex history includes references to her as The Mother of All, and  as tender and healing. It can be difficult to reconcile the leader of a horde of raging spirits with a loving mother if we subscribe to the false image of maternity as singularly benevolent. Motherhood is as complex as Hekate. In addition, the mysteries of female reproduction were very much intertwined with that of witchcraft.

Her horde can be seen as her children, in the sense that she was their guardian. Hekate’s Horde consisted of what we might now call daimons, daemons or even demons. Summoned by her witches, but feared by man. Those hounds of hers that were part of this horde were infernal beasts. More Cerebus than cuteness. Added to this collection were the souls of the restless dead. In particular, the spirits of girls and women who died “without honor.” To be clear, this includes those who died in childbirth, as a result of sexual violence, those with loose morals, and those practicing witchcraft. These were the “damned” by society who were denied proper burials. Men are also in this group, especially those who died without honor, including the poor who had no one to pay for a proper burial. And those who were murdered, of course. However, Hekate through Enodia had a special affiliation with the female departed. The discontent.

Claiming Hekate’s Horde as our own is speaking truth to power. We are the witches. Walkers between worlds. Frightening and powerful. Accompanied by fierce spirits. Anger is our bond. We are “entre-deux,” the in-between, where we either wield the dangerous energy of spirits or are consumed by them. Hekate’s Horde to some of the ancients was the bringer of death and madness. Hekate could also relieve both.

The energy of Hekate and her horde is very much attuned to that of many modern witches. There is much to be angry about, from the general state of society to the individual traumas inflicted upon many of us. Conversely, Hekate’s Horde of nefarious creatures, including chthonic spirits and the ghosts of the damned, has become separated from her popular modern mythos. The image of her as a solitary figure is common, one interpretation being that of a crone. While understanding Hekate is a deeply personal experience, there is the long history of that mighty collection of spirits and souls she commands. Is this yet another means of controlling her, and thus that of her witches, power?

The very spirits and souls that comprise her ancient collection are very much the essential ones for the practice of witchcraft. Summoning of these spirits is what Hekate’s witches have always done. They understood that the best way to conquer the forces that threaten to destroy us is by mastering them.

Being Part of Hekate’s Horde

Hekate’s Horde is what some call “dark,” off-limits to those who work only with “white magick.” That’s fine for them, but my version of Hekatean Witcraft includes exploring of my own darkness, facing those fears and learning to master them as I work with the spirits of her horde. My guardian spirit who devours toxicity, the spirits of her ancient witches guiding my craft and the crooked path we walk together. I find great comfort among Hekate’s Horde. We talk of nightmares, of pain, and rage. We wonder the world frightening others with our truth. Attempting to right the wrongs that feed our anger.

Having Your Own Horde

I have my own personal horde of the spirits with whom I associate, from my goblin toxic waste consuming companion to my Mi’kmaq ally. The animal spirits that I work with, from owl to horse are also part of my collection. Many witches are natural soul collectors, especially for those unwanted by others. While this is often greatly enriching, there is the possibility that we attract harmful spirits from both the etheric worlds and the material ones. Our natural ability to form our own horde is often unconscious until we embrace our unique talents. Whenever I hear someone struggling with boundaries and toxic people, I immediately think that they are instinctively collecting souls. Shift the energy away from a horde you don’t want to creating your own.

While Hekate’s Horde did consist of her hounds, and perhaps the spirits of other animals, her animal menagerie is an entirely different story. Read more: Hekate’s Animals: Ancient Creatures, Modern Menagerie, and Ways to Include Them in Witchery

Hekate’s long history includes many versions of her. I summarized many of the ways she has been publicly perceived in “A Witches’ Understanding of Hekate.”

Purchase Keeping Her Keys: An Introduction to Hekate’s Modern Witchcraft. 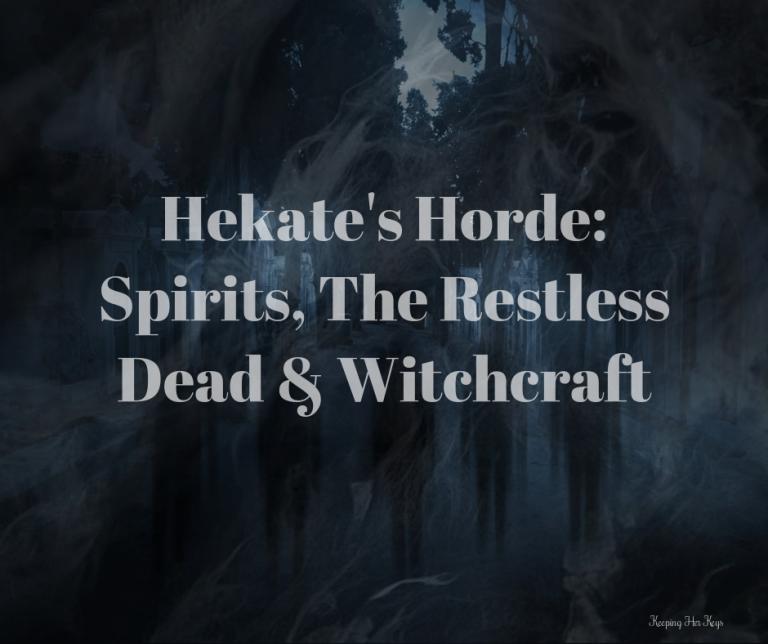 About Cyndi
Cyndi is a witch and spiritual teacher, a trained energetic healer, psychic and herbalist. Her teaching and writing extends from where she stands at the crossroads of personal development, spirituality and witchcraft. Merging together her experience as a psychologist with training in shamanism, tarot, past life work, meditation and mediumship, she teaches and writes about better living through witchcraft. Keeping Her Keys: An Introduction to Hekate’s Modern Witchcraft explores Hekate from her ancient origins to modern understanding through magic and personal development is available now for pre-order from Moon Books. True Magic: Unleashing Your Inner Witch uses the magic of the elements and the three realms to activate your true witch powers and will be available later in 2019 from Moon as well. Connect with her on Facebook or at keepingherkeys.com to learn more about her teaching and writing. Cyndi lives in rural coastal Nova Scotia with her two sons where she can often be found wandering the cliffs or wild foraging plants. She lives what she teaches: fierce love, emotional courage and true magic. You can read more about the author here.
Previous Post 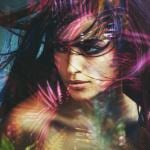 February 23, 2019
My Goddesses Are Wild And Free
Next Post 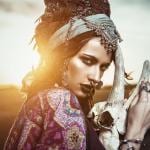