Celebrate the Value of Women

In the beginning of time, God created man. Talk us through what this means in relation to the worthiness of women and how this statement may be misinterpreted.

It’s important to note that “Man” is God’s name for the human creature, not merely for the male. “Male and female he created them, and he blessed them and named them Man when they were created” (Genesis 5:2, ESV). Both the male and the female are equally “Man.” From the first chapter in the Bible, “man” is male and female—”So God created man in his own image, in the image of God he created him; male and female he created them” (Genesis 1:27, ESV). In fact, the first song, the man’s poetic exclamation upon seeing the woman, is a proclamation of their equality—“bone of my bones and flesh of my flesh.” She is a human, just like him.

The value of women is not greater than that of men, but neither is it less. Any theology that exalts her over men or debases women is unbiblical.

The Bible, from Genesis through the New Testament, is consistent in its value of women. In what ways has our culture strayed from this consistency to make women seem and feel as though they are subordinate to men?

While Adam celebrated Eve’s equality at creation, after the fall he is quick to point to her as a scapegoat for his sin. This treatment of women quickly spirals downward. By Genesis 4, we read of Lamech, who calls his wives (!) to him to boast that he killed a young man for merely striking him (Genesis 4:23-24). He wants his wives to know that he repays insult and injury in violent and lethal ways. Why is he saying this to his wives? It seems to be a threat of domestic violence. Early in the Bible, we see that sin warps us to hate our neighbor, and women are often the targets of such mistreatment.

What does Jesus teach us about the value of women?

Jesus—the perfect human being—is remarkable for his interactions with women. In fact, we spend three chapters just looking at the women in the life of Jesus.

Jesus never devalued, objectified, abused, or marginalized women. Jesus noticed women and dignified them as fully human. He enjoyed the company of women—even initiating conversations and engaging in theological dialogue. Jesus was cared for and financially supported by women. Jesus touched women and let them touch him. He included women in his parables and illustrations. He used his authority to protect women. For all his gentleness and compassion, Jesus did not treat women with “kid gloves.” He disagreed with women, rebuked and corrected them, and forgave their sins. He taught and discipled women. Jesus commissioned women with important work. 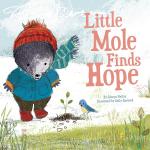 February 4, 2020 Read This Book: 'Little Mole Finds Hope'
Recent Comments
0 | Leave a Comment
"What a fantastic opening for open relaxed family conversation about these matters. As a mum ..."
Kathryn Farrell Did He Really Just Ask That ..."
"Misty,What a thought-provoking poem about this past year. It captures so many of the thoughts ..."
Christine Langford 2020: A Poem
"Thank you sincerely for this. I will continue to work toward learning in this. Your ..."
JustinTBC Why ‘All Lives Matter’ Misses the ..."
"Kelley, thank you so much for this wonderful review! I so appreciate it!"
Glenys Nellist Read This Book: ‘Little Mole Finds ..."
Browse Our Archives
get the latest from
Kelley Mathews
Sign up for our newsletter
POPULAR AT PATHEOS Family
1

Tax Day: God and Money
The famous verse in The Bible claims that we cannot serve both...

Flex Your Ability to be Happier
A recent study reviewed 174 other studies about marriage and discovered that...
view all Family blogs
What Are Your Thoughts?leave a comment
Copyright 2008-2021, Patheos. All rights reserved.
error: Content is protected !!