Will Time End at the Eschaton? 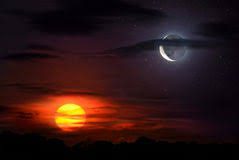 Another way of putting this is that many Christians believe there will be an “end of the world.” For example, during Passion Week Jesus told his apostles that the temple at Jerusalem would be destroyed (Matt. 24.2), which happened a generation later. The King James Version records that they replied, “when shall these things be? and what shall be the sign of thy coming, and of the end of the world?” (v. 3). But most modern versions render this last clause, “the end of the age” (NASB, NIV, NRSV, cf. ESV).

Jesus later explained about the ages, saying to his disciples, “It is not for you know the times or periods that the Father has set by his own authority” (Acts 1.7). So, God has planned that humankind will experience various ages which he has established, including their appointed times of beginning and end.

According to the Bible, neither time, earth, sun, or moon will end. The psalmist says of the sun and moon that God “commanded and they were created. He established them forever and ever” (Ps 148.5-6 NRSV; cf. 89.36-37). And Jeremiah says on behalf of God, “Thus says the LORD, who gives the sun for light by day and the fixed order of the moon and the stars for light by night,… If this fixed order were ever to cease from my presence, says the LORD, then also the offspring of Israel would cease to be a nation before me forever” (Jer 31.35-36; cf. 33.20-26). Obviously, God means neither are going to happen; rather, Israel, sun, and moon will continue forever.

But didn’t Jesus said, “Heaven and earth will pass away, but my words will not pass away” (Matt. 24.35; I think “heaven” should be translated “heavens”)? Yes he did. Then, doesn’t that mean heaven and earth will go out of existence? Not exactly. Jesus meant that when this happens, the heavens and the earth will no longer be as we knew them before; rather, they will be changed.

The Apostle Peter tells how this will happen. He says, “what sort of persons ought you to be in leading lives of holiness and godliness, waiting for and hastening the coming of the day of God, because of which the heavens will be set ablaze and dissolved, and the elements will melt with fire? But, in accordance with his promise, we wait for new heavens and a new earth where righteousness is at home” (2 Peter 3.11-13).

The Prophet Isaiah says on behalf of God concerning this cataclysmic, universal event, “For I am about to create new heavens and a new earth” (Isa 65.17). And he adds concerning Israel, “For as the new heavens and the new earth, which I will make, shall remain before me, says the LORD; so shall your descendants and your name remain. From new moon to new moon, and from sabbath to sabbath, all flesh will come to worship before me, says the LORD” (66.22-23). Of course, there can be no sabbath unless there is night and day.

John the Revelator says similarly of a vision he had, “Then I saw a new heaven and a new earth; for the first heaven and the first earth had passed away [I think heaven should be translated heavens], and the sea was no more [meaning no more saltwater in the oceans]. And I saw the holy city, the new Jerusalem, coming down out of heaven from God” (Revelation 21.1-2). So, the heavens and the earth will be changed and made new, not that they will go out of existence and be replaced by something else. And there is nothing in the Bible that states categorically that time will no longer exist.

Plus, science discovered early in the last century that time and space are interwoven in a single continuum. Thus, if time were to no longer exist, it seems space also would have to go out of existence as well. But that is not going to happen at the eschaton. Rather, when Jesus returns, God is going to transform the universe into a new creation.

Then, why do some Christians and their scholars think time will end at the end of this age? It is due to a misunderstanding of some expressions in the book of Daniel. Jews speak of “the end of days,” an expression they derive from the book of Daniel. For instance, an angel appeared to Daniel, saying he had “come to help you understand what is to happen to your people [the Jews] at the end of days” (Dan 10.14). In the lengthiest prophecy in the Bible (Daniel 11-12), this angel uses similar expressions, such as “the time of end” (8.17; 11.35, 40; 12.4, 9), “the appointed time of the end” (8.10), “an end at the time appointed” (11.27). All mean the end appointed by God.

The book of Daniel ends with the angel telling Daniel, “But you, go your way, and rest [referring to death]; you shall rise for your reward at the end of the days” (Dan 12.13). The angel means that Daniel will be resurrected from the dead at the end of days and thereafter be rewarded at the Day of Judgment (cf. v. 2).

But this God-appointed “end of days” does not mean days will come to an end and therefore be no more. Rather, it refers to the end of Gentile dominance on the earth. When “the end of days” arrives, after that the literal nation of Israel will be chief of all the nations on earth; Jerusalem will be the world capital; and Messiah Jesus will be enthroned there forever as “King of kings and Lord of lords” (Revelation 19.16). The book of Daniel, like no other book in the Bible, predicts Gentile empires dominating the earth until “the end of days,” meaning the end of Gentile domination and therefore not the end of time. 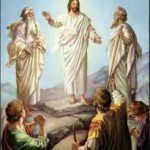 July 11, 2017
When Jesus First Predicted His Death, Was He Transfigured Six or Eight Days Later?
Next Post 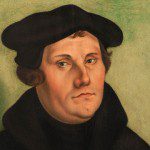