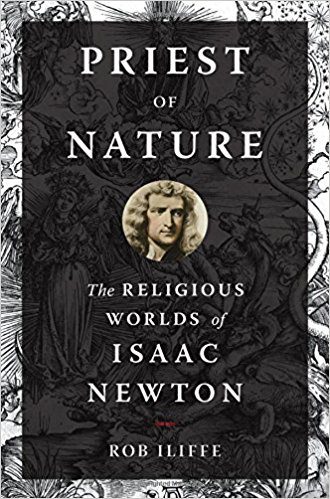 Dr. Ron Iliffe, Oxford professor of History of Science, has written an important book published this summer by Oxford University Press about Sir Isaac Newton (1646-1723), especially his theological beliefs. It is entitled Priest of Nature: The Religious Worlds of Isaac Newton (536 pp.) Dr. Iliffe’s duties include being Co-Director of the Oxford Centre for the History of Science, Medicine and Technology and his beingGeneral Editor of the Newton Project. The latter includes the work of sixteen academics. So, while Iliffe is not a theologian in the academy, he must be one of the world’s leading authorities on Sir Isaac Newton. This book is getting high marks already. However, it is not for the novice. It will be supportive of my 600 pp. book, The Restitution of Jesus Christ (2008). Tomorrow, I will post about a page from my book that is about Newton’s theology. The following are some quotes from Priest of Nature:

“His writings in natural philosophy were marked by his strict division between what could be proved with mathematical certainty, and what was merely conjectural or hypothetical. Among the latter he classed the systems of Aristotle and Descartes, as well as any scientific theories that lacked empirical support. (15)

“Although he denied that religious truths could be proved with mathematical certainty, he drew an almost identical distinction between what was really in Scripture and what was added to it by false traditions or by the artificial productions of the human imagination. (15)

“Indeed, his extensive analysis of the early Christian Church was premised on the view that the greatest and most audacious conspiracy of all time—the joint introduction into Christianity of the doctrine of the Trinity and of various beliefs and practices that would form the basis of Roman Catholicism—had corrupted the true religion to the core. The manner in which he investigated the early church owed much to his underlying character, but this, in turn, was both shaped by his immersion in a bygone textual world and fueled by his relations with those around him. (6)

“Newton’s religious values governed his conduct not only in religious study but also in his other intellectual arenas. In the introduction to the same prophetic treatise in which he stated that religious truths could not be mathematically demonstrated, he argued that only a special, select cadre of experts was capable of properly understanding difficult things—the strong ‘meat’ of technically demanding doctrine. Such people were not led ‘by interest, education, or human authorities,’ and they ‘set themselves sincerely & earnestly to search after truth.’ (15)

“Indeed, the very fact that his papers survived his death, that is, the fact that he did not burn the most egregiously heterodox texts, indicates something about his understanding both of their significance and their intended audience. It is probable that he believed that the content of these papers would have some beneficial effect long after he had died, when his work would conceivably form part of the great dispersion of the gospel that would precede Christ’s Second Coming. (10)

“Newton’s extensive writings on the Trinitarian corruption of Christianity are among the most daring works of any writer in the early modern period, and they would merit careful study even if they had not been composed by the author of the Principia. (10)

“However, what marks out Newton’s writings are the independence of thought they display. If they had been unveiled to the Republic of Letters when he wrote them, and his authorship revealed, he would now be part of an elite pantheon of original thinkers who are lauded as part of a Radical Reformation or Radical Enlightenment. However, like William Whiston, his successor in the Lucasian chair, he would have been immediately expelled from his college. He would never have had the chance to write the Principia or Opticks , and much, if not all, of his pioneering work on the calculus might have been lost. (10)

“Newton saw himself predominantly as a devout Christian, whose calling was to use his intelligence to discern the truth in whatever field he studied. He repeatedly stated his opinion, and let it be known, that there was nothing more important for a Christian than the study of the Bible, the interpretation of prophecy, and the examination of church history. (23)

“He also found that he had a particular gift for studying mathematics and natural philosophy to an extraordinarily high level, but most of his working life was spent studying religious topics. He believed that he had a fundamental obligation to use his formidable reasoning powers to divine the truth, and he deployed these faculties as much in his study of the visions of Revelation as he did in creating the theories and techniques underlying calculus and universal gravitation. In so doing, he set out to address the great questions about the origins and nature of the universe, the place of humans within it, and the meaning of their lives, all of which—in his time—were inevitably posed and solved within a religious framework. (23)

“Newton believed that the perfection of the understanding involved the relentless study of sacred texts and the rational examination of the cosmos. His preface to his early treatise on the Apocalypse was saturated with scriptural references to the understanding, for he believed that God had given his people prophesies so that they might be understood in the latter times. (399)

“Daniel had foretold (12:4, 9-10) that at the end of time, the wise, and not the wicked, would understand, and from this Newton inferred that true understanding could only be achieved by the pure of heart who had attained real wisdom. The godly, he said, should engage in the constant study of Scripture in order to fully understand their faith, so that they might choose and profess that religion they judged to be the most true. Acquiring a mature and more perfect understanding through constant reading and meditation would add assurance and vigour to faith. (399)

“This work was a necessary but not sufficient condition for grasping core truths, since human wisdom was ineffective without God’s help. As Newton put it, it was difficult for the wise to understand the truths of religion, given that they were so ‘prepossest’ with their own imaginations and too engrossed with worldly designs. Ultimately, true understanding of prophecy was a gift of God; if the wise were to understand, they had to purify themselves from sin before they could accept God’s offer. (399)

”Ultimately, Newton’s early life (to say nothing of his last three decades) was suffused with an overriding religious purpose. Convinced that he had been created in the Image of God, his scholarly life was in part an exercise in examining how he measured up to his maker. As such, it focussed both on perfecting himself and on understanding the works of God.

”Accordingly, he strove to make his life that of a godly man, avoiding the temptations of the imagination and its chief effects, idolatry, idleness, and lust. He condemned the imaginary products of human artifice and instead nurtured his understanding so that he could dedicate himself to studying the divine truths of Scripture and Nature.

”The relentless cultivation of his own intellect was the precondition for gaining a mature wisdom, along with a purified will that could make the correct choice between good and evil, and between true and false religion. It was also this heroic intellectual labour that produced the monumental works in theology, natural philosophy, and mathematics that survive today.” 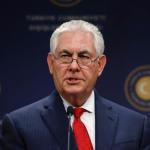 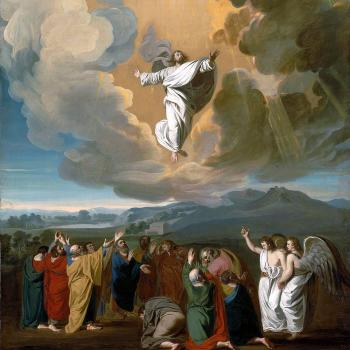 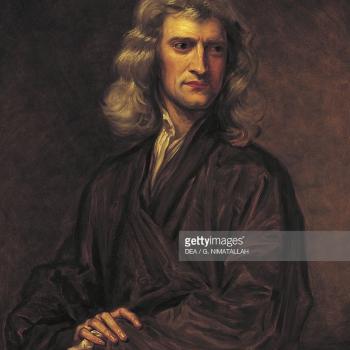 Reclaiming the Language of Faith: Beyond Sound Bites...
When the church can't talk about poverty without somebody hollering "politics!" then...
view all Progressive Christian blogs
What Are Your Thoughts?leave a comment
Copyright 2008-2020, Patheos. All rights reserved.