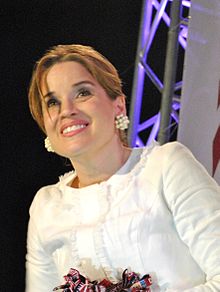 Days after Hurricane Maria hit Puerto Rico, San Juan’s Mayor Carmen Yulín Cruz criticized the U.S. in its relief effort to assist Puerto Rico. (San Juan is the capital of Puerto Rico.) She was strongly supported in this accusation by U.S. army, three-star, retired Lieutenant General Russel Honore. The U.S. had just made him director of the its relief effort there in Puerto Rico. He called the U.S. effort “a slow response” and provided evidence for this allegation. General Honore had led the disaster response to Hurricane Katrina in 2005, centered in Louisiana.

Yet U.S. President Donald Trump had been claiming for many days that the U.S. relief effort in Puerto Rico was “great.” Yesterday, President Trump visited hurricane-devastated Puerto Rico. He met with its Governor Ricardo Rossello. On live television, Trump said to the governor, “this governor did not play politics…. and he was giving us the highest grades,” meaning kudos to the U.S. for its assistance. That was an indirect criticism of what San Juan’s Major Cruz had said.

Today, Mayor Cruz said of President Trump, “I would hope that the President of the United States stops spouting out comments that really hurt the people of Puerto Rico.” Later today, she met President Trump and it was televised. As she shook hands with him she said, “Mr. President, this is about saving lives. It’s not about politics.” The meeting lasted five seconds, just long enough for her to say that as they shook hands. Trump ignored what she said and immediately turned away from her and departed. It was atrocious behavior of the U.S. president under the circumstances.

Later, Mayor Cruz was interviewed on television by CNN. She was asked what she thought of the president’s response to this Puerto Rican tragedy. She said, “he minimized the suffering of Puerto Ricans.” Indeed, he had said that “thousands died in Katrina” whereas only “sixteen” so far have died in Puerto Rico due to Maria. She also called his response “abominable.”

I think this is another of many episodes in which Donald Trump proves himself to be a jerk and thus incapable of governing the most prosperous and leading nation on earth. A wise person doesn’t say so many gaffes that Trump makes, such as this one. In this case, it’s because his narcissistic personality can’t take criticism, especially rebuke. Trump is sensitive to himself, not to others. Instead, he always attacks back. As the U.S. president, he should have been trying to console Puerto Ricans. He also said this tragedy was going to cost the U.S. a lot of money in its relief effort. How insensitive!

A mature person listens to rebuke without attacking. Trump scoffs (makes mockery) at people, even those who suffer tragedy. That’s what he did about our Arizona Senator John McCain as a captured POW imprisoned five years in Viet Nam. Trump said in response that he liked war heroes who “don’t get caught.” Trump reportedly, in the White House, has mimicked McCain’s disability with his arms that he incurred during his war imprisonment.

The Bible says, “a scoffer does not listen to rebuke” (Proverbs 13.1). Donald Trump is a disgrace to the U.S. as its president. He should take a hiatus from the White House and go repent in sack clothe and ashes. Since he’s not doing it, as I said in a previous post, “The Black House Is Turning Me into a Democrat.” 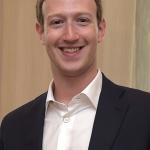 October 1, 2017
Kudos to Mark Zuckerberg for Apologizing
Next Post 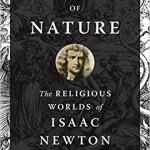 Progressive Christian
Trump Says Biden Is "Against the Bible" and...
Kermit Zarley Blog