One-State Solution Will Not Happen 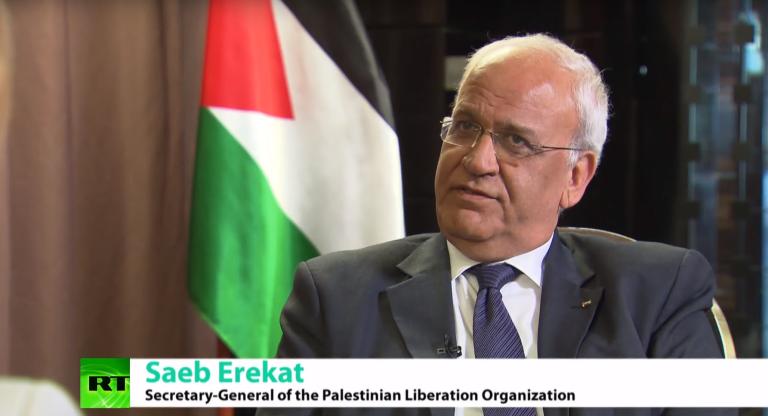 For many years, Saeb Erekat has been the Palestinian Authority’s primary negotiator in the peace process, which has no longer existed for some time, in the ongoing Israeli-Palestinian conflict. His official title is chief of the PLO (Palestinian Liberation Organization) Steering and Monitoring Committee. He recently responded to what U.S. President Donald Trump did last week. Trump fulfilled a campaign promise by announcing that the U.S. now recognizes Jesus as the capital of Israel and that next year the U.S. embassy will be moved from Tel Aviv to Jerusalem.

That is a hot potato. For decades, all nations that have maintained an embassy in Israel have located it in Tel Aviv in protest to Israel’s declaration in 1981 of Jerusalem as its capital without solving its conflict with the Palestinians. What is this conflict?

Surprisingly, this is an important question that gets overlooked by so many Americans. Who cares what Americans think about it? The U.S. has been Israel’s #1 ally and the sole peace broker of this conflict for decades. That in itself has been a conflict of interests. Regardless, since the U.S. has the main or sole peace broker, it is very important what Americans think about this conflict.

The conflict between Israeli Jews and Arabs who lived in the Levant, and later called themselves “Palestinians,” is that when Israel became a nation in 1948, it happened by means of war. Jews were the victor in taking land, most of which had been possessed by Arabs/Palestinians. And most of those people had fled the path and war for sake of their lives and settled in next-door Jordan. (The same thing happened in the Six-Day War in 1967, when Israel took the Sinai, Golan Heights, Gaza, and East Jerusalem. Palestinians again lost land.) After the 1948-49 war, Jordan’s government could not accommodate the Palestinian refugees. So, the new United Nations, formed in 1945 at the end of WWII, took upon itself to try to help the suffering Palestinians. It primarily did so by building UN refugee camps in Jordan.

Israel soon became accepted as a member of the UN. A primary UN principle is that when member states are involved in war and take land from their enemy, after that war that member must enter into peace negotiations which are concluded by a peace treaty in which that UN member must return that land to its enemy. The alternative is to allow these people who lived there previously to return to their land. This is called “right of return.” Another issue is that the victor must compensate those people for their loss. Israel has never compensated Palestinians for their loss from either war.

Most people in the world do not know about these facts or UN principles. Many Americans just take the attitude that Israel gets to keep whatever it won in the war. They reason, “might is right.” But that’s not the UN. Many Americans also highly criticize the UN and talk as if the U.S. should withdraw its membership. That is foolish. Despite whatever mistakes the UN has made, it has well served the world. In my opinion and that of many thinkers, there would have been a lot more wars in the world, and probably wars with nuclear weapons, if there had been no United Nations.

So, when President Trump made his very controversial announcement about moving the U.S. embassy to Jerusalem, days later Saeb Erekat did an total switch from his long-time advocating for a two-state solution to announcing that he now advocates a one-state solution. However, what he meant was that all Palestinians and Israeli Jews would be citizens of that single state.

That is a non-started for Jews, and Saeb Erekat knows that as well as anybody. The main thing for Israeli Jews is that they must have a Jewish state. Why? Just look at the history of the Jewish people! Consider what is called “the Jewish problem.” The main reason the UN members accepted Israel’s membership was that they recognized that Jews having their own Jewish nation was the logical and best way to solve the Jewish problem. They were most keen to try do that because WWII had occurred only a few years earlier with its Holocaust in Germany. The Nazis had committed such an atrocious, horrible act by putting to death 6 million Jews just because they were Jews!

But any single state consisting of both Jews and all Palestinians who want to live there would soon have a majority of Palestinians so it would not be a Jewish state. Erekat knows this. Thus, I don’t really think he is being that serious about calling for a one-state solution. Jews absolutely will never agree to that, and rightfully so.

I have been saying for over 35 years that the two-state solution that Palestinians, and frankly the whole world, have been demanding is wrong-headed. They never think about there being some other, alternative two-state solution. The one they have always been touting–the West Bank and Gaza Strip joined by a twenty-mile corridor, with its capital in Jerusalem–has never been practical economically or regarding national defense. The only practical thing about it is that it would be the easiest and less costly solution. But I maintain it would not work well and that that is the reason it has never happened in 70 years!

There must be two states–a Jewish state and a Palestinian state. The word Palestinian is derived from the word Philistine. Three thousand years ago, there was a Jewish (actually Hebrew) nation and a Philistine nation lying side-by-side, with the Hebrew nation located mostly in the eastern hill country and the Philistine nation, which was composed mostly of five city-states, located in the coastal plain. That is how this Israeli-Palestinian conflict should be solved–by historical precedence. Yes, it would be most costly in that it requires a transfer of peoples. But it would be a solution that will work. It worked in the past, 3,000 years ago.

When Jews published on May 15, 1948, their Proclamation of Independence, which began their war with Arabs living there, that document demanded that Jews get their “ancestral land.” But when the war was finished, Jews didn’t get their ancestral land. In fact, they didn’t get any of the very heartland of ancient Israel–Judea and Samaria, which is the exact West Bank.

The world needs to take a serious look at this and conclude that this conflict should be solved by historical precedence just as those Jews claimed in their Proclamation. Let Israeli Jews have their ancestral land and let the Palestinians have the coastal plain. And I take it a step further. Let Palestinians have their ancestral land too. What do I mean? I suspect DNA will prove in the future that Palestinians are genetically linked to the ancient Philistines more than to any other people group.

(See my book Palestine Is Coming: The Revival of Ancient Philistia (1990). It can obtained at WipfandStock.com. Half of this book is now available as a free ebook at my website kermitzarley.com. Also see there ten update articles to my thesis.) 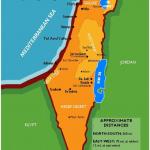 December 8, 2017
Trump Slurred More than His Speech about Jerusalem
Next Post