What and Where Is Jesus’ Throne? 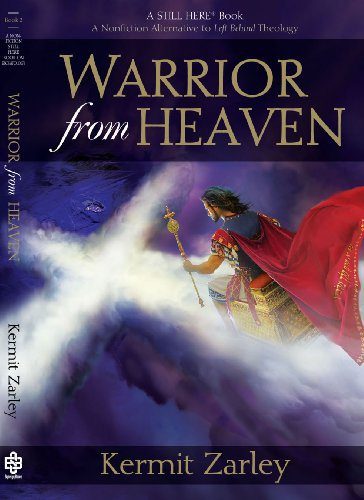 Recently, I read someone who said when Jesus ascended to heaven and sat down at God’s right hand on a throne with him, that was both God’s throne and Jesus’ throne. I don’t recall ever hearing or reading that before. And I forget where I read it. Was that person right?

In Jesus’ so-called High Priestly Prayer, in John 17–which he prayed to the “Father” (God; v. 1) right before Jesus was captured and soon crucified–he said, “all mine are yours, and yours are mine” (John 17.10 NRSV). Does this apply to God’s throne in heaven?

That would be taking what Jesus said, here, out of its context. For, he spoke right before that about his disciples and all other people “whom you gave me, because they are yours” (v. 9). So, Jesus said of the people the Father gives him as his own, “All mine are yours, and yours are mine.”

In my book, The Restitution of Jesus Christ, I state, “Joseph was a type of Christ and Pharaoh a type of God. Pharaoh made Joseph second highest rank in Egypt and said, “all my people shall do homage” to you; “only in the throne I will be greater than you” (Gen 41.40). Thus, even though Jesus perfectly reflects the character of God, the Father, and the Johannine Jesus said, “Whoever has seen me has seen the Father” (John 14.9; cf. vv. 10-11), he also said soon after, “The Father is greater than I” (14.28).

Thus, it is the same with God the Father sitting on his heavenly throne, and Jesus sitting there beside him on his right hand. God the Father is still greater than Jesus, and who owns that throne they share reflects this truth.

In Jesus’ message to the church at Laodicea, he concluded, “To the one who conquers I will give a place with me on my throne, just as I myself conquered and sat down with my Father on his throne” (Revelation 3.21). So, the throne that God the Father sits upon in heaven belongs solely to him. God’s throne in heaven signifies that he is the greatest and therefore called The Almighty, even though Jesus sits there with him. That is just like it was with Pharaoh and Joseph. Well then, what is Jesus’ throne that he spoke about in Rev 3.21, and where is it?

I had a graphics designer make an image that I conceived, and I put it on the front cover of my book, Warrior from Heaven. It is a picture of a man, Jesus, holding a golden scepter in his left hand and sitting on a golden throne. He is clothed with a red robe flowing behind him. He is flying through earth’s atmosphere toward earth with white clouds underneath him shaped in the form of a cross.

This image is my conception of Jesus’ (yet future) his second coming. At the bottom of this book’s copyright page it says, “The image on the front cover is based on Matthew 24.30 and 26.64.” This first text is a statement that Jesus made in his Olivet Discourse. Therein he said, “Then the sign of the Son of Man will appear in heaven, and then all the tribes of the earth will mourn, and they will see the Son of Man coming on the clouds of heaven with power and great glory.” This second text is a statement Jesus made to the high priest as the Sanhedrin was interrogating him, “you will see the Son of Man seated at the right hand of Power and coming on the clouds of heaven.”

That throne which Jesus will be sitting upon when he flies quickly from heaven to earth at his second coming will be his own throne that he will sit upon at Jerusalem when he rules the whole world “with a rod of iron” (Psalm 2.9; Rev 2.27; 12.5; 19.15). And “on his robe and on his thigh he has a name inscribed, ‘King of kings and Lord of lords'” (Rev 19.16).

February 8, 2018
If Reincarnation Were True, Donald Trump Would Come Back an Ant to Prove He's a Jerk
Next Post

February 11, 2018 Potter Wins AT&T Pebble Beach Pro-Am
Recent Comments
0 | Leave a Comment
"Lev Parnas is Jewish, so I'm not sure what this has to do with evangelical ..."
Sean Are Evangelicals in a Cult?
"Emperor Constantine wanted to unify his empire. The Romans already had a time of celebration ..."
Nick Hassan Should the Catholic Church Abolish the ..."
"It’s clear that the god described in the Bible has conditions that need to be ..."
Arwen Undomiel Is Unconditional Love a Biblical Concept?
"‘Not by might nor by power, but by My Spirit’, says the Lord of hosts ..."
Nick Hassan List of All Posts About Jesus ..."
Browse Our Archives
Follow Us!