My Christological Journey (Part 1 of 12)

(Originally drafted in February, 1989, with recent editing. Successive parts will be posted every 24 hours.)

I was born in 1941 in Seattle, Washington. I grew up attending Sunday school at the Nazarene Church near my home. (My uncle pastored it two years.) At 13 years of age, I prayed privately with my Sunday school teacher to receive Jesus into my life as my Lord and Savior. That’s when I was born again.

But I did not develop in Christian understanding until I went to college at the University of Houston, in Houston, Texas. I soon got involved with Campus Crusade for Christ and began attending an independent Bible church named Berachah Church. (It was located right next to the successful, original, shopping mall The Galleria.) Bob Thieme was the pastor. In about 1950, he had graduated from Dallas Theological Seminary (DTS) with honors. This school is the bastion of Dispensational Theology throughout the world. And Thieme had specialized in Greek since college. Berachah was my church home from late 1959 through 1970.

Due to my strong interest in Bible prophecy, in 1971 I studied in-depth about the “rapture.” It was because I was having difficulty reconciling certain New Testament (NT) texts with what I had been taught—pretribulationism, a tenant of Dispensational Theology. Pretribulationism means Jesus’ second coming will occur in two separate stages as follows: (1) Jesus will depart heaven and come to earth’s atmosphere, catch up (=rapture) to himself resurrected, deceased church saints (who lived since the Day of Pentecost in Acts 2) and living believers and take them to heaven; (2) a seven-year “tribulation” will then transpire on earth; and (3) then Jesus will return with his heavenly saints to earth to establish his worldwide kingdom. Pretribulationism thus means that believers living in the end times will not have to suffer the final tribulation.

For years, it had been my constant prayer that God would teach me his truths in the Bible. This has been my practice ever since. In my study of the rapture, I concluded that the NT teaches that Jesus’ yet future return will occur as a single event at the end of the tribulation. Ever since, I have believed that the Bible affirms posttribulationism, not pretribulationism as I was taught.

Also, during this time I had been questioning some of other teachings of Thieme. This did not involve the divine inspiration of the Bible, to which I have held tenaciously to the present. And I am grateful for learning from Bob Thieme the value of the Bible. But I departed Berachah Church in 1970 mostly because I thought he was becoming heretical in how he characterized himself as a Bible teacher. When I left Berachah Church, Thieme was saying that people taught by him should not listen to (or read) other Bible teachers. Moreover, he was advising his flock, and the tens of thousands of people who listened to his Bible teaching tape recordings, to not even read and study the Bible for themselves. His basis for such admonitions was that Bible versions are somewhat poorly translated. He conveyed the impression that only he was qualified to give what he often said was “the corrected translation.” This was causing people taught by Thieme to separate from other Christians and not fellowship with them.

For the first few years, it was difficult for me to get over my separation from Thieme. In my Bible reading, I would often ask myself, “I wonder what Bob would say about this (scripture).” But when I made my decision to leave Berachah Church, I was so certain that it was the right thing for me to do. I have never deviated from this strong conviction. 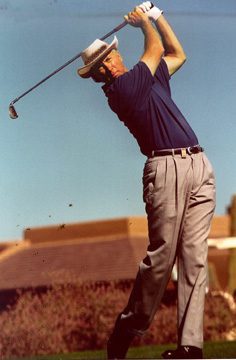 Yet, I eventually came to the opinion that God had used Bob Thieme in my life to make me a more critical thinker about everything, especially my theological beliefs. Rather than this making me a weaker Christian, as Thieme warned me one time privately, calling me “a reversionistic believer,” it has done just the opposite and made me stronger in the faith.

Back to my jettisoning pretribulationism, I then wrote a 25-page paper about my findings. It was my first serious writing that I had done since college. I consider this my most important theological change to date (1986) since it affects some of my other beliefs. Moreover, it put me in opposition somewhat to the Bible church community, in which many of its churches have pretribulationism in their doctrinal statements. I was thirty years old when I made this change. And I was entering the height of my career in pro golf.