Is It All About the Bolton Book? 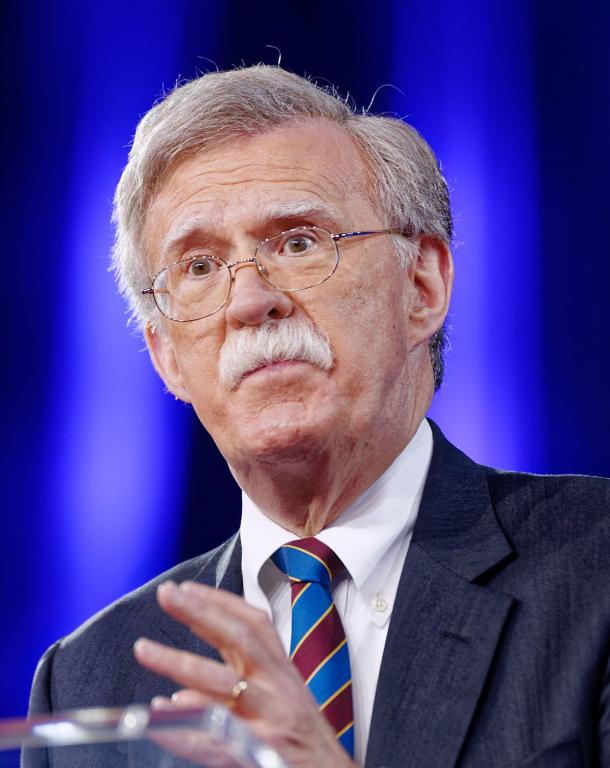 John Bolton–President Trump’s former National Security Advisor whom he supposedly fired (he offered to resign)–issued a statement today saying he will testify in the impending Senate impeachment trial of the president if he, Bolton, is subpoenaed to do so.

Why did it take so long? Bolton has remained peculiarly quiet since his departure from Trump’s cabinet last September, despite impeachment. I think it’s all about the tell-all book he is writing. When he will so testify, the book may be ready for publication. Bolton would get so much publicity for it. That way, he could no longer be accused of withholding important information about Trump’s Ukraine debacle.

One compelling witness at the House investigation–Fiona Hill, ex-Trump advisor and expert on Russia–had said when John Bolton was informed about the Ukraine idea before it occurred, he likened it to “a drug deal” of which he would not participate. The House impeached Trump last month on two articles–abuse of power and obstruction of Congress–almost entirely on the evidence of the Ukraine mishap.

House Speaker Nancy Pelosi has so far refused expected protocol of submitting the two articles of impeachment to the Senate. She has said it is because she wants a commitment from Majority Leader of the Senate, Mitch McConnell, concerning trial procedure–that witnesses and documents would be obtained FOR the trial, not as a matter of discussion DURING the trial. McConnell has refused her demand, so that he and Pelosi have remained deadlocked on this issue.

But is there more to Pelosi’s position? That is, is it also about the Bolton book? She and her colleagues and other advisors may have been strategizing about Bolton’s book. He may even have been talking to them privately. They could have been thinking that temporarily holding up the transfer of the articles to the Senate, and thus delay of the trial, might have caused Bolton to make his announcement today if it fits with a near release his book’s publication. Plus, there’s the possibility that Pelosi could further delay, partly to accommodate the book’s publication, by recalling further House examination to hear Bolton.

January 9, 2020 Will America's Tax-Exempt Status for Churches Last?
Recent Comments
0 | Leave a Comment
"Yes, Cult 45!"
Ba Zinga Are Evangelicals in a Cult?
"I will only respond to your remark relevant to my post--"the context of Isa 24.5." ..."
kzarley Financial Firms Endeavoring to Care about ..."
"‘What was from the beginning, what we have heard, what we have seen with our ..."
Nick Hassan The Historical Reliability of the Gospel ..."
"What use is faith in false gods like trinity?"
Nick Hassan List of All Posts About Jesus ..."
Browse Our Archives
Follow Us!