Historicity in the Gospel of John

Historicity in the Gospel of John April 11, 2020 Kermit Zarley

The Gospel of John in the New Testament has always been my favorite book or letter in the Bible ever since my late teens. And my favorite verse of scripture is in this book. Thus, when I used to compete on the PGA Tour, I often gave autographs by including under my name “John 3.16.” This verse is part of a lengthy saying of Jesus in response to an inquirer named Nicodemus. Incidentally, he was one of the two guys who took Jesus’ deceased body off of the cross right about as I am writing this post (4:00 PM in Arizona on Good Friday), wrapped with grave cloths and spices, and laid it in Joseph’s tomb near Golgotha. Jesus had said to Nicodemus, “For God so loved the world that he gave his only Son, so that everyone who believes in him may not perish but may have eternal.” (See my comparable and recent post, “What Does It Mean to Believe in the Name of Jesus?“)

I have been a so-called “born again Christian” since my early teens. I believed Jesus is God and God is a Trinity of Persons mostly because that was what I was taught, as almost all Christians are. But twenty years later, I began to question this teaching because Jesus saying of himself and his second coming, “But about that day and hour no one knows, neither the angels of heaven, nor the Son, but only the Father” (Matthew 24.36 NRSV; cf. Mark 13.32). I eventually looked into this matter very deeply and changed to no longer believing the Bible says Jesus is God or that God is a Trinity. I then wrote a book about it that was published 28 years later entitled The Restitution of Jesus Christ (2008) which is available at my website kermitzarley.com. In this book, I examine very carefully the primary biblical texts which are believed to say Jesus is God.

Leading New Testament scholars who assert that Jesus is God generally agree that most of the biblical support for their position is in The Gospel of John. Those scholars who have disputed that Jesus is God generally have dismissed The Gospel of John, claiming it is a church document that has little relevance to the actual Jesus. They claim that only the three synoptic gospels (Matthew, Mark, and Luke) are useful for determining Jesus identity, mostly because they do not say Jesus is God. These latter scholars further support their hypothesis by claiming that The Gospel of John has little historical value as well. They mean its content about historicity is without foundation.

In 1968, esteemed Johannine scholar J. Louis Martyn published his groundbreaking classic History and Theology in the Fourth Gospel. In it, he posits, as Rudolf Bultmann did, that the Gospel of John (=Fourth Gospel) had at least five authors. Thus, the Apostle John was not the sole author as was believed throughout church history. And Martyn says this gospel likely was written in the late 80s or 90s. Martyn also proposes that these authors were members of a Johannine community, probably located in Ephesus in Asia Minor. This is a point that soon won the day with other Johannine scholars, such as Raymond E. Brown. Martyn also claims The Fourth Gospel reveals more about the beliefs of that Johannine community, and their conflicts with the synagogue, than it does about Jesus. Thus, J. Louis Martyn dismisses The Gospel of John as having little historical value about Jesus of Nazareth. However, just about all of these Johannine scholars, whether they believe Jesus is God or not, believe The Gospel of John says clearly that Jesus is God. One of their main issues for discussion is that the Fourth Gospel supposedly has a tension between actual history and Theology/Christology. 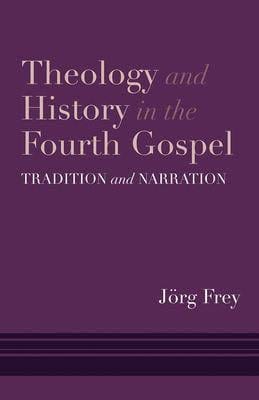 Leading, contemporary, European, Johannine scholar Jorg Frey has published an important book entitled Theology and History in the Fourth Gospel: Tradition and Narration (Baylor Press, 2018). He obviously plays on Martyn’s title by reversing the two subjects both books address. Frey accepts that The Gospel of John says Jesus is God, which scholars call “a high Christology.” Frey’s main hypothesis, which is contrary to that of Martyn in his comparable book, is that the theological content of The Fourth Gospel is indeed historical and therefore truly represents the person of Jesus.

I think both Martyn and Frey are wrong, as are the large majority of Johannine scholars, in assuming that The Gospel of John identifies Jesus as God and thereby is contrary to the synoptics. I set this forth in my book, The Restitution of Jesus Christ (2008). In this book of 500 pages of text, in which I cite over 400 scholars and their works, I thoroughly examine critical Johannine texts and argue that The Gospel of John is both historically reliable in presenting the real Jesus and is compatible with the synoptics because it does not say Jesus is God. 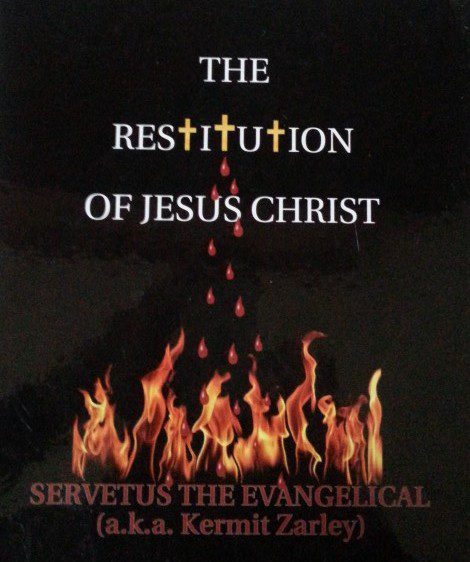 As for date of authorship of John, I agree with John A. T. Robinson (Redating the New Testament and The Priority of John) that The Gospel of John and all other New Testament documents were written and published prior to the destruction of Jerusalem by the Romans in 70 CE. As for this gospel’s authorship, I lean toward the Apostle John, as does Robinson, as being the primary source for this gospel’s content. As for the actual hands that wrote the text, perhaps it was one or more associates of John (cf. John 21.24). For, we must remember that the actual titles penned to all four New Testament gospels likely were added sometime after they became public documents. And for this gospel to be titled “The Gospel According to John” only signifies that “John” was the source, or the main source, of its contents.

Thus, in MHO, Martyn and Frey go astray from the very beginning in examining the Fourth Gospel by assuming that it says Jesus is God. Yet I believe the New Testament affirms everything else the church has said about Jesus identity, such as, the unique Son of God, the Son of Man (cf. Daniel 7.13), Savior, and Lord.

For more reading about this subject, at my Kermit Zarley Blog click on Christology (in the menu bar) to see a list of over 130 (2-3 page) posts that are mostly condensations of my book, The Restitution of Jesus Christ. See especially the posts about John 1.1c (“and the Word was God”) and John 20.28 (“my Lord and my God”).