From the White House to the Big House?

From the White House to the Big House? September 18, 2020 Kermit Zarley

Donald Trump has been from New York all his life. His Trump Organization has always been located in New York City. So, it is appropriate that the elite New York magazine has an extensive article by Jeff Wise entitled “The People V. Donald J. Trump” that lays out a lot of the information about many investigations, both federal but especially local, such as New York State, which show that when Trump exits the White House he may very well be headed to the Big House, mostly for crimes committed while he was a businessman operating all those decades in New York State. I think Trump realizes this better than anyone, and that is why in recent weeks and months he sometimes has been looking downcast, arguing, and flaying away as if scared to death. After all, Trump’s personal lawyer, still doing his three years prison time, and Trump’s accountant Alan Weisselberg, have been cooperating for quite some time with the investigations into the Trump Organization conducted by New York’s Attorney General Cyrus Vance that regard mostly the possibility of crimes of illegally under-assessing the value to assets to avoid further state taxes and over-assessing the value of assets to insurance companies and banks, which is fraud. 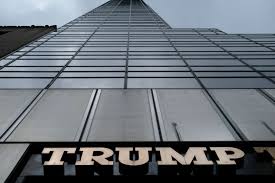 September 19, 2020 Wolff Leads U.S. Open by Two
Recent Comments
0 | Leave a Comment
""jesus never got vaccinated" he was a superpowered god avatar."
Brandon Roberts Christian Anti-Vaxxers–Do You Know Jesus Will ..."
"From what I have learned so far, the twisties are not just about losing confidence, ..."
Ame Are Twisties Like the Yips?
"Wendy, I don't believe anything you are saying, here, conflicts with my simple assessment of ..."
kzarley It’s Not Mental Health, It’s Confidence!
"Loss of confidence isn't the cause, it's a result or symptom of one or more ..."
Wendy Pond It’s Not Mental Health, It’s Confidence!
Browse Our Archives
get the latest from
Kermit Zarley Blog
Sign up for our newsletter
POPULAR AT PATHEOS Progressive Christian
1