Friday, an 18 year-old Muslim male took a knife and beheaded a 47 year-old school teacher near Paris because the young fellow believed he was honoring Islam. Police immediately were hailed, and they shot and killed the murderer. He so far is being identified as Abdoulakh A. who was born in Moscow of Chechen origin.

The teacher, Samuel Paty, had showed his young students in the classroom cartoons of the Prophet Muhammed, the founder of the religion of Islam. France’s President Emmanuel Macron identified the killing as an “Islamist terrorist attack.” About a dozen people have been arrested, some being relatives of the young man. The incident has caused immediate demonstrations in France, in which the nation’s secular stance and strong affirmation of the freedom of speech are being strongly defended.

In recent years, there has been an alarming mass migration of peoples from the Middle East and Africa into Europe, mostly to improve their economic status in life. Many of them have been Muslims. Plus, they have been allowed to settle in France more than in any other European country. This sometimes causes a clash between freedom-loving French nationals and these Muslim immigrants.

It seems that teacher Paty showed the cartoons to his classroom because a trial had started in Paris last month about a killing that occurred in 2015 involving the Paris, satirical magazine named Charlie Hebdo. This publication sometimes has printed cartoons of the Prophet Muhammed that are quite offensive to Muslim sensitivities. Fourteen people are on trial for allegedly helping three militant Muslims attack and kill twelve people in January, 2015, in and around the offices of Charlie Hebdo for its publication of such cartoons at that time.

BBC News now reports of that time, “In a related attack, a third gunman shot dead a policewoman, then attacked a Jewish store, killing four people. The 17 victims were killed over a period of three days. All three attackers were killed by police. The killings marked the beginning of a wave of jihadist attacks across France that left more than 250 people dead.”

At this time there were many demonstrations in France by people opposed to such killings and some opposed to Islam. One such demonstration reportedly numbered 1.5 million people. But such violence has been an ongoing problem, especially in France. Ever since the 1980s, France’s politicians have sometimes discussed how to “reform” the nation’s Muslim population. But they have not succeeded in passing legislation about it.

I have written multiple blogs about this issue. But before discussing it, it should be acknowledged by all that most Muslims who live in democratic nations, such as those in Europe or North America, are peace-loving people who often demonstrate kindness and simply want to get along with their neighbors, no matter what they believe.

I think the focus on this problem in western nations, such as those in Europe and North America, has been somewhat misguided due to the concept embedded in their democracies that is called in the U.S. “the separation of church and state.” No matter how this concept is defined, and whether or not one thinks it is embedded in national constitutions, it causes democratic nations to largely avoid dealing with the core of some religions, that is, if they are scripture-based.

All three of the world’s major, monotheistic religions–Judaism, Christianity, and Islam–are very scripture-based. Thus, if a nation seeks to deal with such a religion regarding some practice, and this practice is advocated in that religion’s scriptures, that nation really is not fully dealing with the issue unless it deals with the source.

Islam’s scriptures are the Qur’an (Koran). It has multiple texts that advocate violence against those who are not Muslims. Of course, Muslim scholars debate this issue, some arguing against what I’m saying here. They often say such texts must be understood in their contexts which are not contained in the immediate text. But the main point about a text that an average person relies on for living his or her life is how that average person understands it. Thus, many Muslims who are identified as “radical,” some being so called even by other Muslims, are really basing their beliefs on the Qur’an, and that has been happening for centuries.

For example, concerning beheading, the Qur’an says of “infidels,” which the Qur’an defines as “unbelievers, “Strike of their heads. Strike off the very tips of their fingers” (8:12; quoting from “The Koran, translated with Notes by N. J. Dawood”). The Qur’an repeatedly says to “strike terror” into “unbelievers” (e.g., 8:59). The Qur’an constantly says “fight for the cause of God,” and this is often stated in the context of violence. Thus, we read, “the faithful . . . will fight for the cause of God, they will slay and be slain. Such is the true promise which He [God] has made them in the Torah, the Gospel, and the Koran” (9:111; the Gospel refers to the New Testament). Also, “Believers, make war on the infidels who dwell around you” (9:123). Such texts should be addressed by politicians if they are going to try to do something about curbing violence perpetrated by some Muslims.

For more thorough treatments on this subject, see my following posts:

“Are We Doing Enough about Islamic Suicide Bombers?”

“Are Muslims Being Radicalized with the Qur’an?” 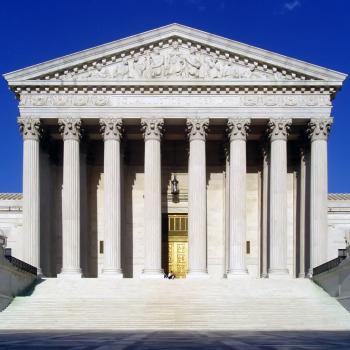 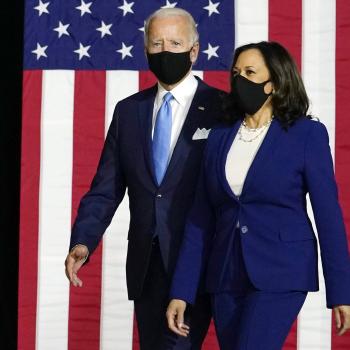