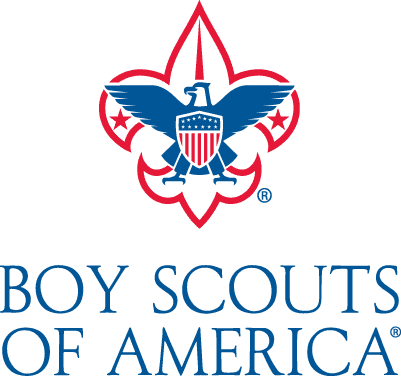 The Boy Scouts of America was founded in 1910 to help boys grow in character and thereby mature into adulthood. It has done a lot of good, a whole lot of good, but some not so good.

In recent years, an increasing number of men have been coming forward and claiming that they were sexually abused by adult scout masters when they were boys in the Boy Scouts of America. So, they claim these men as scout leaders were sexual predators who abused them as boys. The number of men who now make such allegations against scout leaders is over 60,000. Thus, in February this year, the Boy Scouts of America, which counts about 2.3 million boys as members in its organization, declared bankruptcy due to dwindling financial support.

I was a member of the Boy Scouts of America. One of my favorite experiences in this organization was going on campouts in the forests of Washington State, since I lived in Seattle. I enjoyed the camaraderie with other boys my age, but also learning to do things out in nature, such as put up a tent, make a fire, and learn to fish. Everything was on the up-and-up in my experience in this organization. It has been one of the largest male-youth organizations in the U.S. during the twentieth century and still is. So many scout masters are to be commended for helping Boys Scouts learn to live life.

The YMCA–Young Mens’ Christian Association–is a worldwide organization founded in 1844 that is similar to the Boy Scouts of America. Although it, too, was started with good intentions, with its leaders obviously being professing Christians seeking to promote Christian life principles, later in its history it gained a partial reputation as a hangout for sexual predators, especially gay guys hooking up. A popular American dance song was all about this viewpoint. I used to hangout at my local Y sometimes during high school, playing pool in the wintertime when it was too cold to play golf.

Back when I was about 7 to 9 years old, I had an experience with our local YMCA that soured me on it a little. It reminds me of this sad reputation about it and the Boy Scouts. One day, at my mother’s direction, I attended a swimming class at the Y for boys my age. The main reason is that I was such a lousy swimmer. Although I brought my bathing suit, we were told we would not be needing them. The instructors told all of us boys to get in the swimming pool naked as they taught us how to swim. Even though I was a young kid, it made me uncomfortable because I thought it wasn’t morally right. Because of that, I told my mother I didn’t want to do that anymore, and I didn’t.

There have often been what I would call misguided people who have thought that nakedness is something we humans should get used to with each other. Obviously, that is true about married people. But they take it way beyond that, which I think is wrong.

The very beginning of the Bible addresses this issue. When Adam and Eve sinned in the Garden of Eden by eating the forbidden fruit of “the tree of the knowledge of good and evil” (Gen 2.17 NRSV),”they knew that they were naked” due to eating the fruit (3.7). So, “they sewed fig leaves together and made loincloths for themselves.”

Then “they heard the sound of LORD God walking in the garden” [I believe that was God’s representative “angel of the LORD”] and the man and his wife hid themselves from the presence of the LORD God among the trees in the garden” (Gen 3.8).

We read next, “But the LORD God called to the man” (Gen 3.9). Why did God call to the man and not also the woman. The text tells us earlier that God had made Adam first and afterwards made Eve. After God made the man, and before he made the woman, God gave Adam the instructions that he could eat fruit from all the trees of the garden, but not the forbidden fruit. Thus, Adam would have later conveyed those instructions to Even. Consequently, God initially addressed Adam about his nakedness because God held him as being most responsible, since Adam was created first and solely given these instructions.

We continue reading that God “said to him,” that is, the hidden Adam, “Where are you?” Of course, God knew. The question highlights that Adam is hiding because of his nakedness, which has revealed his sinfulness in eating of the forbidden tree, and that is what God wants to talk to him about. So Adam answered, “‘I heard the sound of you in the garden, and I was afraid, because I was naked; and I hid myself.’ He [God=angel] said, Who told you that you were naked? Have you eaten from the tree of which I commanded you not to eat?’ The man said, ‘The woman whom you gave to be with me, she gave me fruit from the tree, and I ate'” (Gen 3.9-12).

Adam blaming Eve thus begins the age-old practice of blaming others for our misdeeds. While there may be some truth in such allegations, as with Adam and Eve, it’s like U.S. President Harry Truman once said about his responsibility as president of the nation symbolized in his presidential desk, “the buck stops here,” with “buck” referring to money. Truman kept a sign on his desk in the Oval Office that said that. He meant that he alone has to make the final decisions for which he accepts full responsibility. It is a sobering thought to think of this in regard to his decision to drop the two atomic bombs on Japan that helped bring WWII to an end.

The end of this story about Adam and Eve and their nakedness was that God wasn’t pleased with their trying to cover up their nakedness themselves. This is an important biblical principle that I think applies to the very salvation itself which God offers to humankind for solving its sin problem. That is, whatever remedy humans try to devise to cover up their inhumanity to each other and their defiance against a holy and righteous God, it will never suffice. The only remedy that will work is the one that God himself provides and offers to all humankind. And this principle is set forth when we read, “And the LORD God made garments of skins for the man and for his wife, and clothed them” (Gen 3.21).

Dear reader, have you been clothed with the only sufficient garment that can cover your nakedness, referring to our sin natures? The great Prophet Isaiah writes, “I will greatly rejoice in the LORD, my whole being shall exult in my God; for he has clothed me with the garments of salvation, he has covered me with the robe of righteousness” (Isaiah 61.10). I believe those garments are Jesus providing for us so great salvation by dying on the cross for our sins, and it merely up to us to put on those garments by truly believing in what he has done for us. Then we will not be hiding in the trees from God. 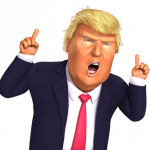 November 18, 2020 Could Trump Sabotage the Georgia Senatorial Runoff?
Recent Comments
0 | Leave a Comment
Browse Our Archives
get the latest from
Kermit Zarley Blog
Sign up for our newsletter
POPULAR AT PATHEOS Progressive Christian
1

Progressive Christian
I Had a Good Mother
Kermit Zarley Blog 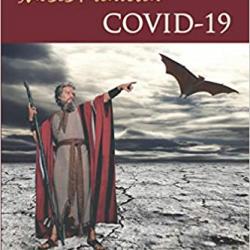