Dunn on Jesus’ “I Am” Sayings in John 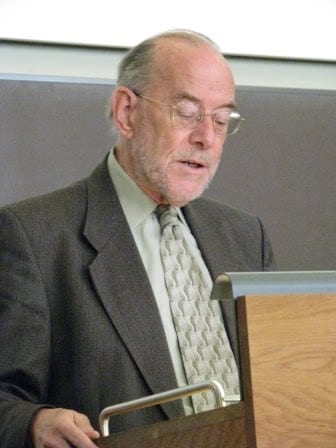 Britisher James D. G. Dunn–known as Jimmy Dunn to his many friends, which included me–was a leading New Testament scholar. He was professor at Durham University, England, from 1982 until recently. Jimmy was humble, kind, personable, and a delight to be with, all striking characteristics in such a towering intellect. We suffered a great loss when Jimmy died this past June. He was such an accomplished biblical scholar who wrote many books and trained many people as their PhD dissertation supervisor.

I learned a lot from hearing Jimmy and reading his books. He turned me onto the Synoptic Problem being largely attributed to early church oral traditions about Jesus. It was a major advance in my theology mostly due to my first book, The Gospels Interwoven. And I also think he and others have been right about their “new perspective on Paul,” which language Jimmy coined. I have fourteen of his books in my library, including his voluminous trilogy Christianity in the Making (3500 pp.).

But I had to respectfully disagree with the thesis of Dunn’s first book, Baptism in the Spirit (1970). In fact, I wrote a book that largely critiques it entitled Solving the Samaritan Riddle: Peter’s Kingdom Keys Explains Early Spirit Baptism (2015).

Of course, Jimmy Dunn was not alone in believing this. Many modern New Testament scholars have believed that since the Gospel of John is so different from the synoptic gospels (Matthew, Mark, and Luke), it must contain some fiction about Jesus, especially in his sayings. The Jesus Seminar was well known for this back in the 1990s. It was an organization of about 200 New Testament scholars, some of them quite distinguished, who gave little credibility, or none, to the sayings of Jesus in the Gospel of John.

However, in recent years Johannine scholars have been changing to believing that the Gospel of John is quite historically authentic and that Jesus’ sayings therein likely are too. I claimed in my book The Restitution of Jesus Christ (2008) that that would happen in the future. And in that book, I devoted eleven pages to treating Jesus’ “I am” sayings without the predicate in the Gospel of John, that is, in John 8.24, 28, 58.

Critical, New Testament scholars generally accept a certain criterion of authenticity in determining whether or not Jesus said the things attributed to him in the NT gospels. The main one is the criterion of multiple attestation. That is, if two or more gospels record the same saying of Jesus, scholars believe it is more likely that Jesus actually said that than if only one gospel records that saying, which is often the case in the Gospel of John.

I now notice what I think is another reason for believing Jesus said those “I am” sayings in John. And I suspect it is something a gospel harmonist, as I am due to my book, The Gospels Interwoven, may be more likely to notice. In each of those “I am” sayings in the Gospel of John, the pericopes containing them are peculiar to that gospel. That is, those stories are not included in the synoptic gospels. That indicates what just about all New Testament scholars say about the four gospels in the New Testament, that the author(s) of the Gospel of John knew oral tradition or merely stories about Jesus that the other gospel writers may not have known and/or may not have been had in their common oral traditions about Jesus.

Therefore, it seems pretty obvious to me that it is possible that the authors of the synoptic gospels did not know about this particular material in the Gospel of John which contains all of Jesus’ “I am” sayings that are not in the synoptic gospels. That is, it was not in their oral tradition. To explain how this oral tradition developed would take us into a totally different subject astray from our focus, here.

The Old Testament books were written in Hebrew, and the New Testament books were written in Greek. The book of Genesis begins, “In the beginning,” which is the English translation of the word bereshit in the Hebrew text. The word genesis is the Greek translation of bereshit. Thus, the Hebrew people referred to the first book of their Bible as bereshit.

The last book of the New Testament, the book of Revelation, is the English translation of that book’s first word in its Greek text, which is apokalypsis.

However, the titles that we have for all four NT gospels do not do this. Scholars explain that these gospel titles were added later to indicate their source. It is interesting that only the Gospel of Luke tells us explicitly about its author (Luke 1.1-4), whereas the other three gospels do not, although see John 21.24. Scholars generally agree that the Apostle Matthew had a connection to the Gospel of Matthew in which he may have been a primary source for the material in that book, and the same is the case with the Gospel of Mark. However, scholars think both of these gospels were not authored in our modern sense of that term, but were compilations based mostly on oral tradition that was known to church communities. But it is unlikely that all church communities had exactly the same oral tradition, and even less likely that it was worded exactly same. This is what the so-called Synoptic Problem is about.

Concerning the Gospel of John, it appears that “the beloved disciple” mentioned repeatedly therein in various expressions (Jn 13.23; 19.26; 20.1-10; 21.20, 24), was a major source of its material. I think he likely was the Apostle John. Regardless, he seems to have had knowledge of some circumstances in the life of Jesus that were not included in the oral tradition that was common to many of the church communities. For this reason, I think it quite possible that the “I am” sayings attributed to Jesus in the Gospel of John are historically reliable, so that Jesus did indeed say them.

November 29, 2020
Trump and Jesus on Being a Loser: Part One of Three
Next Post 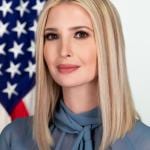 December 10, 2020 The Difference Between Ivanka and Hunter
Recent Comments
0 | Leave a Comment
"How will the winners and losers be determined? By self-identification? Or by DNA and public ..."
bill wald Congress Is Now Considering Slavery Reparations
"I think they knew. They don’t want to accept how much more they suspected but ..."
KDNDLKJ Should Liberty University Sue Its Former ..."
"You can't "become Divine Emperor" cause gods are not humans. Roman paganism was relatively heretical ..."
The Imperial Cult The Trump Brand Is Going Down ..."
"Gee, I can't trust him, he was all on-board for Bush's invasion of Iraq. And ..."
Simon Berson Thomas Friedman Also Says We Need ..."
Browse Our Archives
get the latest from
Kermit Zarley Blog
Sign up for our newsletter
POPULAR AT PATHEOS Progressive Christian
1