Life as a queer chaplain

I am grateful to be able to share the stories of others by inviting you  to the conversation as they share glimpses from their journey.  This first guest post is by my friend Laura who was sitting with me by the fire the night I decided to drive to Maiden. 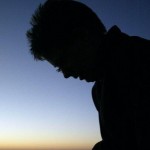 I was in the trauma bay with Jay following his motorcycle accident.  I had been at his bedside only a fraction of a second when he reached out his hand and announced we were going to pray.  I held his hand as he poured out deep and utter gratitude to God for having spared his life.  After “amens” were said, I asked him if there was someone he would like me to call and notify that he was here.  He looked at me hard in the face, “Are you married?”

See, I currently serve as a chaplain at a trauma hospital in Atlanta, GA. I often tell people it’s the oddest job I can imagine, since on any given day my work will range from talking about the weather, to holding someone’s hand while they get an IV, to baptizing a dying child, to doing breathing exercises for pain management, to prayer and meditation, to scripture reading, to fetching ice, to celebrating the birth of a healthy baby, to hearing stories of the dying.

Most of the time, being queer just doesn’t factor into the chaplaincy equation.  That is, most of the time, short of the trust building chit-chat of “Where did you grow up because your accent isn’t southern?” or “Where did you go to seminary?” or “What religion are you?” most of the patients I interact with, don’t need to know anything more about me nor do they ask much about me.  They love that I’m an anonymous person, one who is fully focused on them.  As a chaplain, I live as an anomaly in social interaction.  I don’t want to talk about myself or my own experience or what I discern from what they are saying, and that’s exactly what most of my patients and families tell me they need.

But sometimes being queer and a chaplain gets messy.  I have patients and families that openly gay bash and I have had to weigh the importance of staying in relationship with them as their chaplain with walking out of the room.  I’ve been told I’m unwelcome by patients who look at my short hair and lack of makeup and tell me that I “look like one of those lesbian abominations.”  Long-term pastoral relationships have been promptly ended when I honestly answer the question of whether I’m married and opt not to play the pronoun game.

So when Jay asked me if I was married I paused. I had been expecting him to give me a name and phone number to call his family, so his question threw me off and left me wondering why in the world is he asking me this?  I don’t want to answer this question, I thought, he’s pretty evangelical and pretty conservative theologically and he is going to kick me out of the room if he knows the truth.  But in the moment of my hesitation it dawned on me that this was probably a question of trust, could he trust me to call his wife and tell her gently?  So I went with my gut, praying that I had read the situation correctly and that he wasn’t going to ask for any more details, “Yes.  I am.”  “Good.  Then you know how much I love her.  Give her some peace of mind and some hope.  Tell her I love her,” he said.

I once asked my straight colleague if she ever worried about someone asking about or finding out that she is married.  She furrowed her brow and shook her head no like it was a crazy question.  That’s a difference between being a straight chaplain and a queer chaplain.

While I live with a perceived and real threat about living as an openly queer chaplain, I also live with an incredible gift.  I live as a chaplain in a profoundly different way than my straight colleagues.  I am a living alternative to the hate filled rhetoric spewed from some pulpits that has scarred and convinced queer people that they are despised by God, abominations, excluded from heaven.  I have the privilege of conveying and testifying of God’s love in a way that no straight chaplain can.

I entered the small family conference room where Stephen sat, alongside a pair of doctors and a nurse.  Introductions were made and then as gently as possible Stephen was told that his partner, James, had inexplicably gone into cardiac arrest and that, despite every effort, he could not be resuscitated.  The sudden outpouring of grief made the medical staff retreat, leaving Stephen and I together.  We sat for a long time letting the news sink in.  When I asked Stephen if he would like to spend time with James, he pulled himself together enough to walk to the room.  I offered him some private time, but he insisted that I stay and then asked if I would offer a prayer.  Trying to sculpt a meaningful prayer, I asked what religious tradition Stephen and James came from.  More tears streamed down his cheeks as Stephen told me that he was a Baptist and that James believed in God but hadn’t been to church in a long time.  With prayers offered, I again asked Stephen if he some private time but he insisted I stay.  So I stayed silently by Stephen’s side until the coroner came to pick up James’s body.

With Stephen unable to think clearly and unwilling to call any of his friends, we decided to call a cab for him.  As I helped him outside, Stephen asked me what denomination I came from.  A perfectly good question but odd given the circumstances, I wanted to be careful of how I answered it.  My denomination’s name is often confused for a very conservative, very anti-gay denomination.  “I’m a part of the United Church of Christ,” I said, “But my wife is a Unitarian Universalist, so I tend to be pretty ecumenical.”  He stared at me like I had twelve heads.  “Did you say ‘your wife’?”  I nodded yes, though found myself questioning my choice of outing.  Out of nowhere he grabbed me and dropped his weight into my arms.  “Do you think James is in heaven?” Stephen barely got the words out as he began to sob, “They say he won’t go to heaven.  But does God love him?”  “The only thing I’m sure of,” I said, “Is that nothing, absolutely nothing, can separate us from the love of God.”  In those moments, standing on the sidewalk waiting for the taxi, I was so deeply thankful to be queer.  I thought about how my straight colleagues could have offered Stephen just as good if not better pastoral care, but I could stand with him, as another queer person, in a much different way and assure him that both he and James are loved by God.

Life as a queer chaplain?  It’s messy and moves me to a fearful place sometimes.  Being thrown out of rooms and having relationships cut off because I’m queer hurts.  Listening to gay bashing and knowing that it is also directed at me sucks.  But life as a queer chaplain is also beautiful, almost beyond words.   I am trusted with the stories and worries of closeted and uncloseted queer patients who want and need support but won’t talk to other people for fear of being judged.  I can provide support for queer staff members that live in fear that they could lose their job.  My attentive eye and advocating nature can help partners navigate the institutional system so that their rights are protected.  And when I get over my fear and live fully into who I was created to be, I get to move and have my being in a way that is fundamentally different.  I get to embody and offer the transformational message of the gospel: God’s love for us far exceeds our understanding and nothing! can separate us from that love.

219 responses to “Life as a queer chaplain”