A lesbian and a fundamentalist walk into a bar

Ok, so it was really a Starbucks in a little strip-mall out in the northern suburbs of Atlanta but you have to admit “A lesbian and a conservative minister walk into a suburban Starbucks” just doesn’t have the same ring to it.

As some of you know, last week I wrote an open letter to Billy Humphrey of IHOP-Atlanta (NOT the pancakes place y’all, and yeah, I think it is a silly name for a ministry too). I was writing in reply to one of his six recent posts about homosexuality and gay marriage. After reading (maybe…) my open letter, Billy responded in public that he had no interest in or time to get into an online debate with me. To which I responded that I found it frustratingly convenient and dismissive since he had taken plenty of time to write multiple posts about homosexuals but now, all of sudden, he was too busy to respond to a critique of his missives. So, Billy reached out to me privately on Facebook to reiterate he was a very busy man but that he would be open to a coffee sometime if I’d like to discus things with him personally. I reiterated that I found his original response frustratingly dismissive but that yes, I would like to have coffee with him. As we narrowed down a time and place I also told him that I did not feel safe meeting with him…

On Friday, July 12, after dropping off our youngest at Shakespeare camp, I jumped into the madness of Atlanta’s morning traffic and headed out to the ‘burbs to meet him at the Starbucks he recommended.

We talked for nearly 3 hours and I am still processing all that we shared. I left that meeting depleted, sad, convicted, resolute and faithful.

Here’s a basic brain-dump of what I took away from our meeting.

This is hard, hard work and we both agree that there are no easy answers.

Billy is charismatic. He makes direct eye contact and he is prone to fist bumps and high fives.

Billy’s ministry is doing some good things in the world such as engaging the devastating human trafficking industry and establishing an adoption agency as a way of living into his faith that in order to “stop abortion” there must be loving, affordable options. (I did not ask, but after our conversation am certain that my family would not be allowed to adopt from his agency).

Billy seems genuinely sorry for the horrific abuse LGBT folks have suffered at the hands of Christians.

Billy is secure in his belief that homosexuality is a sin and that to love people who identify as homosexual he is called as part of his ministry to help gay people “out of the gay life.”

Billy believes fully in the validity of ex-gay ministry. He believes that the testimony of one “ex-gay” should stand as a guidepost for all gay people.

I believe that ex-gay ministry is a dangerous, deadly lie banked on the testimony of people who have been psychology manipulated who could be anywhere on the sexuality spectrum.

Billy and I read the bible VERY differently.

We each believe that the other is reading it wrong. In fact we can hardly believe we are reading the same book.

We understand the role of religion in public policy very differently, but admittedly in a few similar ways…

Billy believes that one understanding of God’s will (which is codified for all time in the Bible, and only the Bible as it is currently configured,  to be understood literally, factually – unless of course we have to talk about all 600 plus laws found through the cannon)  DOES in fact have the right to determine the laws of the United States.

To be honest, I too am praying and working for a Gospel infused government – only my understanding of that has nothing to do with people’s bedrooms and has everything to do with feeding the hungry, uplifting the poor, clothing the naked and seeking justice that rolls down like water for the accused and imprisoned.

Since I am queer AND a Christian Universalist, Billy does not regard me as an actual Christian.

Since he is a conservative, biblical literalist, I do not regard him as living into the example (and according to the exhortations) of Christ.

By the end of the conversation he made a deeply painful truth abundantly clear. According to his understanding of scripture, his family is real, mine is not; his family is valid, mine is not. Appeals to his empathy through imploring him to imagine different scenarios where his family was broken apart by people who did not regard his family as real seemed to fall on a deaf heart. His expectations for someone like me to “leave the gay life” (yeah, I told him) means that I would have to break up a family and rob children of their parents. See above note about the validity of my family.

Our understandings of sin, righteousness and Kingdom building are irreconcilable.

He believes in order to be true to God he must be “a bad guy” to me.  I told him that I believe he is being “the bad guy” to both me and God.

And from this conversation I am called to claim something about myself and my motives. As a bridge builder I have to be honest and say that I am building bridges with the hopes of people like Billy crossing over to my side – just as people like Billy hope that I will cross over to their side.

Saddest of all, we both agreed that there is little to be said between us moving forward.  It was clear to us both that we are confident in our own position, our own understanding of how we are called to respond to God. We are each secure in our faith. Billy says he loves me, but that love calls him to require that renounce the way my creator has created me (which I believe would be a sin to do), to break up my family and live a dark and painful half-life. My love for Billy yearns for his heart and mind to be opened in ways that he truly believes is evil.

This is true and real: there really is no way to stand in the gap with one another if each is pulling in an opposite direction where each is certain damnation awaits us the other side.

As heartbreaking as this is, I want to claim for myself and proclaim for others something in no uncertain terms. We as progressives tend to bend over backward to affirm all paths as equal. But to be raw and honest, I believe there is a capital T truth and I do not believe it is on the path that Billy currently is following. The true north of Scripture is Love, a love that is active with in-breaking Grace, a love that liberates us from the small minds and wills of men to live into the Spirit of freedom and justice for all. If I really, really believe this, then I can not claim that Billy’s truth is True any more than he can acknowledge my truth to be True. 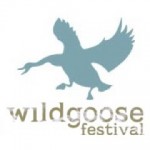 July 17, 2013 Living in the now while believing in the not yet
Recent Comments
753 Comments | Leave a Comment
Browse Our Archives
Related posts from Kimberly Knight

10/3 Flashback: It's always the ones you most...
Good faith and political power are inversely proportionate in the anti-abortion movement.
view all Progressive Christian blogs
What Are Your Thoughts?leave a comment