FBPD received a status update reporting a possible bible drive-by at the corner of Faith St. and Reason Ave. at approximately 6:15 p.m.  Unit 2239 responded to the J316 call immediately and set up a permitter to assess the scene.

Witnesses report there was a quiet party occurring at the intentional community residence known as Patheos where a diverse group of guests had been coming and going most of the day.  A small group of 12 or so had gathered on the front porch, passing around what appeared to broken bread and a cup of wine.

Just after dusk an unidentified perpetrator rolled up in what witness claim was a light brown, late model, Chevy Camelus, and pulled out a Winchester KJV and began shooting verses in the direction of the victims.  “Random OT & NT clobber texts were flyin’ all over the place” said one witness.  “That guy was just shootin’ with no regard for who he hit or if they was hurt at all.” said another.

Victims were low and transported to the nearest pub for immediate intervention.

Investigators looking into this incident have identified the perpetrator as a repeat offender known as Troll who is connected to a sprawling gang known for running Myth labs and trafficking weapons of mass delusion.  This gang is mistakenly believed to be the sole representative voice of organized Christianity in America and reportedly boasts membership in the millions.  (Members can sometimes be seen wearing WWJD insignia).  This gang is acknowledged to be well funded and politically powerful.  Agencies around the nation (UU, UCC, PC(USA), MCC, Emergent Village, Faith in Public Life, Believe Out Loud, The Beatitudes Society and many more) are beginning to cooperate to address the complex problems of Myth Labs and Bible Drive-Bys.

Mythianity, also known as Myth, is a highly addictive, synthetic and explosive substance made through a blending of a handful of disjointed Christian proof texts, exclusionary doctrines and mindless creeds that produce intense hubris, unbridled certitude and long periods of self-righteousness.

The ingredients used to make Myth in mega-laboratories are generally kind and gentle ingredients found in homes across America,  that by themselves present little danger, but when combined with some of the below listed ingredients can have seriously toxic and explosive effects.

If you came in contact with a Myth lab operation, how would you know it? What ingredients and equipment would be present? What should you do if you find a Myth lab?

Anhydrous Amens –  Anhydrous, meaning without water, is what sets these amens apart from holy utterances infused with the water of life.  A known antidote to Anhydrous Amens is repeated doses of Amos 5:24

Asinine    – Asinine is a natural element and helpful to the body in small amounts (especially when suppressing inhibitors in order to enjoy theme parks with young children). But taken in large amounts, Asinine becomes toxic. Asinine can be rendered inert by repeated exposure to Sophia.

Archetypal Enmity – Stereotyped characters that people can easily identify and label to make the story clear and “simple”. The good person, the villain and so on.

Lie  – Classified as a corrosive, lie is an essential element in producing the addictive substance Myth. Lie can be acquired from external as well as internal sources. Lie is often derived by reductive reasoning that obfuscates essential passages that otherwise point to God’s hunger for justice.  Know lie when you see it: “God hates” are clues that it may be a lie

Pauline Fixative   – Pauline Fixative’s effect of releasing dopamine is thought to be one reason people become so addicted to Mythianity. The problem is that by hyper focusing on the fixative Pauline rather than the liberative work of Jesus, Myth users eventually lose the ability to feel compassion at all.  See also Bibliolatry.

Sweet Vitriol –  because of its hypnotic effect, this highly flammable substance is used as an anesthetic agent – especially in conversations with highly educated people where more anesthesia necessary to potentially induce paradigm shifts. While inhaling the compound, Christians could undergo complete theological procedures while otherwise awake without feeling pain or concern.

If you stumble into a Myth lab run by Trolls, you should decontaminate yourself and your thinking as quickly as possible, wash your heart thoroughly, and call your local huggers.

Children are especially vulnerable to the psychological and emotional affects of long term exposer to Myth labs due to their  innocent acceptance of contaminated thinking and essentially trusting nature.

Cleaning up a Myth lab is a dangerous and complicated process which should be engaged by both theologically trained professionals as well as kind and gentle Christians who are seeking to live into the example of radical hospitality set by Jesus.

Do not attempt to clean up or dispose of a suspected Myth lab yourself. You will get burned.

I want to take a moment to thank Daneen Akers again for the phrase Bible Drive-by – brilliant. Daneen is producer director of the documentary film about the experiences, struggles and reconciling spiritual journeys of gay and lesbian Seventh-day Adventists.  Stay tuned for a post about this film. (http://www.sgamovie.com) 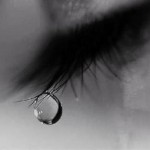 July 2, 2013
Lazarus and the miracle of a weeping God
Next Post 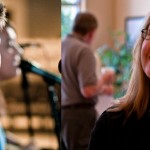 July 7, 2013 An Open Letter to Billy Humphrey of IHOP Atlanta on ‘Homosexuality and Gay Marriage’
Recent Comments
1,273 Comments | Leave a Comment
Browse Our Archives
get the latest from
Kimberly Knight
Sign up for our newsletter
POPULAR AT PATHEOS Progressive Christian
1

Are Jesus Songs Just Alright?
I have been working this semester on creating a first draft of...
view all Progressive Christian blogs
What Are Your Thoughts?leave a comment