Throughout the Gospels Jesus is stridently critical of the Pharisees and their role as power brokers between the aristocracy and the masses through their adherence to the minutia of law rather than living by the Spirit of Love. In our world today we see example after example of Pharisees masquerading as Christians. For the Pharisees of today, faith is predicated on conformity and condemnation rather than infused with compassion. The Pharisees of today harbor disdain for the poor, hungry and hopeless, idolize  past that never was and reject the work of the Holy Spirit in their world, congregations and hearts.   Legalistic “Christians” betray the Gospel they claim to love and stand in direct succession to the legacy of the ancient Pharisees in allegiance to their god, Power.  These “faithful” reject true fellowship with their neighbor and stand as circuit breakers blocking the free transmission of Grace. These “believers” are the brood of vipers still paying Judas, whispering now in Pilot’s ear, and spitting on the One who comes to set us free.

Please feel free to add your own examples of today’s Pharisees in the comments below.

This post has caused a bit of unrest for a few readers and consequently for me over a long night of thinking about my motives and actions in writing this piece.  I’m not one for a writer having to justify or explain their craft to folks who do not have the imagination to understand what is going on but because there were some serious concerns raised by this post I took it seriously, I took it down for the night to think carefully about what it is I wanted to do here.

In this post I am doing a couple of very intentional things.

First, I am speaking directly to and about people who claim a knowledge of and devotion to the Bible.  Be it KJV, NLT or NRSV, I am speaking to people who say they read and love the bible. This post is based in a particular narrative that has been used by a particular subset of the Christian culture to abuse many others around the world. The bible is a collection of stories that lifts up a host of complex characters. Characters.  Please understand, especially those of you who are new around these parts, I DO NOT read the bible as a literal/factual history book as do some of my Christian sisters and brothers.  Therefore, I do not for one moment connect the Pharisees in the stories with any thoughts or feelings about historical or current Judaism.  I understand the Pharisees are an important group within historical Judaism, especially in the late Second temple period.  I also know that there are no surviving texts written by a “committed Pharisee” and no archaeological finds that mention them. This post of mine follows the biblical tradition of seeing the Pharisees as a negative foil for Jesus.  They represent the religious elite (who rarely have anything in common with the religious masses) who are the retainers of power.  In the biblical story the Pharisees represent key elements in the cosmic battle between Jesus and evil.  The evil they represent is not Judaism.  Let me say THAT again.  The evil they represent is NOT JUDAISM.  The evil they represent is a preoccupation with issues of purity, tithing and legal interpretations that Jesus denounces as merely human contrivance. (Mark 2:1-36 and Mark 7:5-8).

So that leads me to the second thing I am doing, and the point of the post.  I am employing a tried and true homiletical device and inviting (although not the least bit gently here) readers to ask themselves which character in a narrative they may be.  In sermons around the country preachers of faith and skill will ask the tender hearts and open minds in their congregations to ask themselves things such as “are you the prodigal son or the brother in this story?”  or perhaps “are you Mary at Jesus’ feet or are you Martha scurrying around in the kitchen?”.  I am doing the same and I am basing my own post on the words of Jesus throughout the Gospel that speak to and about the BEHAVIOR of the religious elite as “blind guides” whose teachings are harmful (Matthew 15:14; 16:11-12) and for being money-hungry, complacent and ineffective in bringing about real change (Luke 11:39-44; 12:1, 16:14-15; 18:9-14)

There is a version of Christianity that deeply resembles the behavior of the Pharisees that Jesus said is NOT the makings of The Kingdom of God.

Here’s just a few descriptions of what it looks like today:

Harboring disdain for our most vulnerable citizens

A religiosity obsessed with law while ignoring love

A sanctuary draped in flags of state

A bizarre blend of believing in the right to own guns, the death penalty AND a “right to life”

A certitude that only your church is the real church

Belief that there is only one real form of baptism

Engaging in long, public prayers as some spectacle and proof of faithfulness.

Exiling a family for the unconditional love of an LGBT child.

Praying FOR the continued discrimination of ANYONE…

The list can go on and on you see.

So to put a very fine point on it, I apparently need to say that in no way at all do I think that the archetype of the Pharisees represents all of Judaism any more than Fred Phelps, Pat Robertson or James Dobson represent all Christians.

Perhaps my technique is base but to be perfectly honest I am trying to communicate something in overly simplistic terms so that it can be understood by those whose behavior I am critiquing. The religious elite of today, and those who are willing to believe them, are direct descendants of an ethos, doctrine and dogma that is counter to the message of Christ and yet they claim Jesus as their Lord.  I am one who believes, who is called to speak up and call out evil for what it is.  I am clear that those who have hijacked the gospel in the name of nationalism, war- mongering and xenophobia are misrepresenting the one that I call Lord. 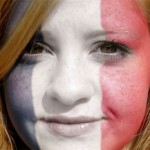 August 24, 2013
Letting her go - with a little help from my friends
Next Post 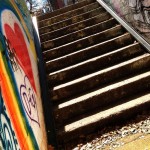 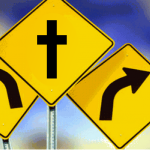 Our Collective Thriving (Part 1 of 3)
This story creates a tension of priorities, pitting people’s needs for thriving...
view all Progressive Christian blogs
What Are Your Thoughts?leave a comment