A couple of y’all have asked me why I have been strangely quiet about Fred Phelp’s passing so I guess I should try my best to answer.

Because thinking about this man and his legacy makes me mad, it hurts like hell and brings out the worst in my heart.

As a Christian, a lesbian Christian, a human riddled darknesses that only grace can penetrate, I really have had hard time mustering the kindness, love and decency that I believe I should around the death of Fred Phelps.  I am humbled by the amazing love and grace so many others have shown in the face of this man’s intolerable hate. 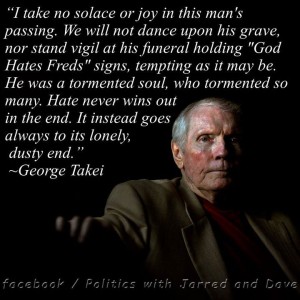 But as much as I want to lift up my voice in concert with theirs, I still have all those nasty thoughts celebrating his demise in exile swirling around my dark heart.

But here’s the thing – that is exactly what Fred and family wanted. That is what the remnants of his cult still want. They bank on it, literally.* And as long as I allow those hateful thoughts to win out over love and grace, Fred will have won.

So I’ve sat with, walked around with, gardened with Fred on my mind and after a bit of prayer on Sunday (and a nice afternoon beer) it occurred to me that I neither have to hate or love Fred but I can in fact THANK Fred.

Thank you Fred for being a galvanizing force that continues to contribute to a cascade of LGBT rights across the nation. Well done good and faithful servant. By being a harbinger of hate you have helped do exactly what you most despise.

The Westboro (not)Baptist Cult stands as a beacon for all that most Christians DO NOT want to be. Fred and family have, in their pathological attempt to preach hate, unwittingly tapped into a wellspring of love that bubbles up from the hearts of millions. Now don’t get me wrong, Fred and clan are the extreme caricature of what is a real and thriving anti-LGBT sentiment that still grows like black mold in our world. But only severe psychological disorders could explain what I heard when I called their phone number to leave my condolences – 785-273-0325 (trigger alert).  But good, kind, loving and decent folks – of many walks of life have looked at his example, searched their own hearts and come to the conclusion that what WBCult preaches is hateful heresy.  And in confronting the most egregious example of things they may have thought themselves, had to examine carefully, thoughtfully and faithfully what they have been taught to believe and if that in fact jives with the gospel of Jesus. As it turns out, not so much.

Now I am starting to ramble so I’ll close with a quote from a great blog post I stumbled on morning.

For all Fred Phelps efforts to condemn gays, America, and the world, something else happened. He brought out the best in his opposition.

After the September 11th attacks, a student stood outside the Phelps compound with a sign that read NOT TODAY FRED. Two days later, he had a legion of supporters behind him.

At the height of the Iraq war, when the headlines were full of death tolls, the Westboro Baptist Church crashed military funerals. This incurred the wrath of the Hell’s Angels. Bikers set up barricades, clogging the streets with mile long motorcades.

The Westboro Baptist Church might not have been interested in making converts, but wherever they went people started changing.

Locking arms, communities came together to show what loving thy neighbor really looked like.

Fred gave us a villain to fight against, a cause that spurred the soft spoken into action. Rather than inspiring support, his methods sent likeminded literalists in another direction.

Phelps has devoted his entire life to undermining it, whether he realized or not. Rather than celebrate a man’s death, let’s take time to appreciate the world he’s leaving behind; a better place, despite, and perhaps because of, his best efforts.

And then there’s Rachel

*Footnote:  “In addition to this income, the church makes money by winning or settling civil lawsuits involving the church. During the 1990s, the group sued Topeka multiple times for failing to provide sufficient protection during its protests. Although they lost most of their cases, WBC did win $43,000 in legal fees in 1993. According to Shirley Phelps-Roper, they also won more than $100,000 in 1995 in a lawsuit against Kansas’ Funeral Picketing Act, which they claimed violated their First Amendment rights. Because the Phelps family represents WBC in court, they can put the fees they win towards supporting the church.” Southern Poverty Law Center 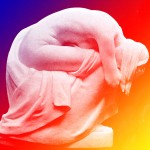 March 14, 2014
Grieving the death of a gay marriage
Next Post 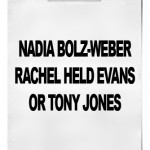 648 responses to “Thank you Fred Phelps”