Equal rights for LGBT people are not last rites for Christians

Rep. Vito Barbieri (R-Dalton Gardens) said he was worried extending protections to the LGBT community would strip “people of faith” of their rights. “It’s impossible to ignore that there are many whether in that community or otherwise that have an agenda in this proposed policy that is dangerous to people of faith,” he said.

Right here in the city of Atlanta the (now former) chief of the city’s fire department, Kelvin Cochran, has become the celebrity de jour for so-called “religious freedom” bills because he was fired for distributing self-published an anti-homosexual book that included comparisons of gay people with child molesters. But wait, there’s more!

Even more shocking, and frankly untenable, is the fact that the chairman of a republican House subcommittee Chris Smith said “I am a strong believer in traditional marriage and I do not construe homosexual rights as human rights.”

Lord in your mercy, hear our prayers.
Okay, so let’s look at 7 ways these shenanigans are patently false.

Falsehood #1 – Christians are not queer.

Truth. There are lesbian, gay, bisexual and transgender people who read and love the bible, participate in communities of faith, love God with all their hearts and love their neighbors as themselves. That’s right, you heard it here NOT FOR THE FIRST TIME AND NOT FOR THE LAST – there are queer folks who believe that nothing, nothing, nothing can separate us from the love of God in Christ.

Falsehood #2 – All straight Christians believe that homosexuality is a sin.

Truth. Anything that thwarts or denigrates loving, mutual, equal relationships is unjust and unChristian. There are people of faith, good opposite-gender-loving Christian men and women, who affirm their same-sex loving sisters and brothers – from birth to baptism to confirmation to marriage to ordination.

Here’s a list where you can find some of these Christians.

If your faith in God compels you to believe your rights are diminished because they are extended to all people, then your faith is predicated on theology of scarcity rather than abundance.  It is unfathomable that we worship the same God, the One we claim created the infinitely unfurling universe out of nothing.  It seems to me that you believe that love is scarce and God is finite.  Blasphemy.

Truth. Because two people of the same gender want to get married that does not harm the instition of marriage. In fact, it doubles down on marriage as the foundation of a loving society.

Here, let me try it this way.

Let’s say you are a straight, white, Christian man (since they are privileged majority, chances are, you are). Let’s also imagine that you want to marry the straight, white, Christian woman of your dreams. The two of you go to apply for a marriage license. In line right ahead of you are two women also applying for a marriage license. The lesbian couple gets their license and leaves the office to start planning their wedding. You and your fiancée are granted a license and leave to plan your wedding. As it turns out, there are not a finite number of licenses to be granted.

Later when the weddings happen, the women stand before God and family to exchange vows to love, honor and cherish one another unto death. You also promise before your Creator and community to love, honor and cherish your bride. The lesbian’s marriage is theirs, your marriage is yours and the success or failure of either does not depend on the success or failure of the other. Ever.

Truth. A representative of the state, in the United States, must perform their job without prejudice, especially those prejudicial actions that are founded on one religion or another. If you are a clerk and it’s your job to issue marriage licenses to the tax paying citizens of your city, county or state you do not have the right to withhold state sanctioned services based on your personal religious beliefs.

If you are the chief of a fire department it is your job to lead your fire fighters in the best practices as first responders. It is not your job to distribute information about your religion to those serve under your command, thus creating a hostile work environment for all who do not believe as you do.

You do have a right to believe, read, write and publish what ever you wish outside of your duties as a representative of the state. You do not have the right to use your position of power and authority to infringe on the right of others.

In fact, you are under Christian, civil and legal obligation to leave your religion at home. Please take a moment to re-read Matthew 6 and the First Amendment to Constitution of the United States .

Truth. Your religious rights are not violated if LGBT are granted the right to enjoy life, liberty and the pursuit of happiness with equal protection under the law. No one is forcing you to have sex with someone or enter a marriage with someone of your own gender. If you are convinced that these are sins, then don’t have sex with or marry someone of your gender. You are only responsible for your own actions and relationship with God as you understand God.

Legislation that would prevent someone from firing me because of who I love does not force you to change what you believe about me. You are still free to believe what you want.

Legislation that allows some Christian pastors to follow their understanding of God and officiate at the weddings of whom ever God brings together does not force all clergy to officiate at LGBT weddings. I can get my own, thank you.

Legislation that would allow me to marry who I love will not in any way prevent anyone else from marrying who they love.

Truth. It is a morally and ethically repugnant idea that a majority of voters get to determine the rights of a minority of people. To allow the privileged majority to determine the rights of a marginalized minority is counter to the foundation of our constitution that all people are created equal. I  resolutely reject the idea that my civil and human rights are an issue on which anyone has a vote.

“Lamentably, it is an historical fact that privileged groups seldom give up their privileges voluntarily. Individuals may see the moral light and voluntarily give up their unjust posture; but, as Reinhold Niebuhr has reminded us, groups tend to be more immoral than individuals.” Rev. Dr. Martin Luther King Jr., Letter from a Birmingham Jail.

Truth. Equal rights for LGBT people are not last rites for Christians.  God’s love and grace are infinite. Human and civil rights are a renewable resources. The more we give the more we have. 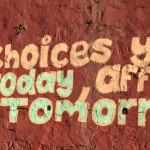 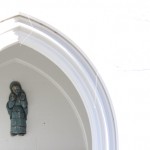 Not Alone In The Desert
Deconstruction isn't easy. It isn't sexy. It's pretty much the most brutal...
view all Progressive Christian blogs
Copyright 2008-2021, Patheos. All rights reserved.
Close Ad