I’ve been thinking a lot about the arrest of judge Roy Moore’s son. Did you hear about it? According to the police department in Troy, Alabama, Chief Justice Roy Moore‘s son Caleb, who is 24, was arrested and charged with possession of a controlled substance and possession of marijuana after a run-in with police in the wee small hours of Sunday, March 15.

Judge Moore quickly closed ranks and had no comment to share with the public about his son’s arrest. My first impulse was to do a little self-righteous dance – “So, the judge doesn’t want the general public to discuss and meddle with the lives of his family? Hmmm…”

Someone posted a very interesting snippet of scripture that really whipped up my holier-than-thou fervor.

If someone has a stubborn and rebellious son who will not obey his father and mother, who does not heed them when they discipline him,then his father and his mother shall take hold of him and bring him out to the elders of his town at the gate of that place. They shall say to the elders of his town, ‘This son of ours is stubborn and rebellious. He will not obey us. He is a glutton and a drunkard.’ Then all the men of the town shall stone him to death. So you shall purge the evil from your midst; and all Israel will hear, and be afraid.

Knowing that the judge and his wife Kayla are the principles behind the Foundation for Moral Law in Alabama it seemed only fitting to point out this moral law to him and his family. How much fun would it me to turn the tables on them?!?

With the infuriatingly tag line of “DEFEND OUR Inalienable Right TO ACKNOWLEDGE GOD” it was pretty easy to allow my dark and ugly side to well up inside me. I wanted so much to start a snarky campaign to send scores stones to them bagged and tagged with messages of slithering superiority.

But (try as I might to ignore it) there stood Jesus, drawing a line in the sand, with me on the wrong side of the story.

2Early in the morning he came again to the temple. All the people came to him and he sat down and began to teach them. 3The scribes and the Pharisees brought a woman who had been caught in adultery; and making her stand before all of them, 4they said to him, ‘Teacher, this woman was caught in the very act of committing adultery. 5Now in the law Moses commanded us to stone such women. Now what do you say?’ 6They said this to test him, so that they might have some charge to bring against him. Jesus bent down and wrote with his finger on the ground. 7When they kept on questioning him, he straightened up and said to them, ‘Let anyone among you who is without sin be the first to throw a stone at her.’ 8And once again he bent down and wrote on the ground. 9When they heard it, they went away, one by one, beginning with the elders; and Jesus was left alone with the woman standing before him. 10Jesus straightened up and said to her, ‘Woman, where are they? Has no one condemned you?’ 11She said, ‘No one, sir.’ And Jesus said, ‘Neither do I condemn you. Go your way, and from now on do not sin again.

My sins are manifold but who and how I love are not among them.

There in the sand before me I see the list scrawled by Jesus’ hand. And as the sins that have been festering in my heart began to evaporate like tendrils of fog lifting in searing sunlight, my clenched fist dropped the stone of self-righteous condemnation.

And as I held up the faceted jewel of this story, I see too that I am the woman, standing alone before Jesus with the tears of forgiveness washing away my mask of fear and resentment. He is gently lifting me up, straightening my back and raising my eyes to meet his to see in his loving gaze that I am free from the bondage of being condemned and more importantly, free from the bondage of condemning others.

So with space in my heart where my own sins once were, I was free to think of Caleb’s mom, Kayla. I imagined her laying awake at night on and off for years worrying about her son who was traveling a dark and dangerous path. Having a teenager in the 21st century of my own, I don’t have to reach very far to understand the fear that takes over your every cell as you watch your child make choices that you know can lead to ultimate destruction. I imagined her deep weeping the first time he got arrested, the anguish upon getting the call second time and her cries to our God to protect her child on the morning of his third arrest. Just typing it now my own chest radiates with pain as I imagine her own heart breaking.

And yes, I even imagined the father, Roy. Just a man with a family sinking in turmoil in a world he does not understand. A family that is spinning out of control. When that which is closest to us is beyond our capacity to understand and fix, we humans have a tendency to seek other ways to fulfill the fantasy that we are in control by using what power we do have to control others. Reason, right, truth and grace fly out of the widows that have been shattered in our own lives.

Roy, Kayla – the good news is this – in Christ, we are all freed from man-made, soul crushing religiosity that seeks to control what was never ours to control in the first place – love. Jesus lifts us all out of the ever shifting sands of condemnation and punishment and calls us each to forgive one another as we have been forgiven.

I forgive you.
I love you.
I will keep your family in my prayers. 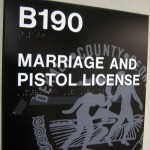 March 15, 2015
Freedom of religion: marriage and guns
Next Post 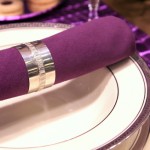 March 27, 2015 You're invited to dinner
Browse Our Archives
get the latest from
Kimberly Knight
Sign up for our newsletter
POPULAR AT PATHEOS Progressive Christian
1

I Cannot Do All Things
I currently work for a manufacturing company on an assembly line.  It’s...
view all Progressive Christian blogs
Copyright 2008-2020, Patheos. All rights reserved.