Why its better not to be so certain that ‘the church is true’ February 12, 2012 Gina Colvin 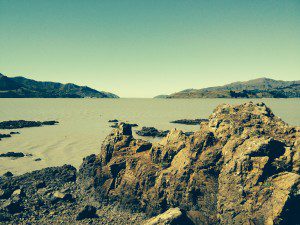 Nathan is an Aries.  This makes him infuriatingly certain.  His position on matters political, economic, religious, domestic, sporting and so forth are brazenly assured.  Last week I sent him a text quoting  a Mormon Matters podcast panelist Dr Phillip Barlow who said:

‘The opposite of faith is not doubt, its certainty.”

His response was as follows:

“Bollocks.  I’d take Jim Faust over some academic from u of u on this 1. Find a thesaurus.  Look up certainty. You’ll find in the antonym section ‘uncertainty’ not faith!”

That he had shifted what could have been a very interesting theological conversation on the mercurial questions of faith to a myopic question of semantics was typical.  I’ve lived with it for almost 20 years and while my friends wonder out loud how I haven’t slit my wrists, it does make for good fun.  His ego is such that he isn’t in the least bit crushed by my bruising assaults on his intellect or my challenges to his cleverness.  So debate, argument and disputes are a nice interruption for us from the tedium of daily domestic life.  We know we are still ‘in there’ somewhere as we look up from the proverbial kitchen counter and spar.

One Friday evening a few years ago while we were still completing our PhDs we were out on a date.  We got to talking about our research, when it dawned on me that we would always be talking at crossed purposes as long as he was a positivist, empiricist and privileged the quantitative over the qualitative.

“The problem with your discipline,”  I barked, “Is that you political scientists haven’t taken the discursive turn!”

I knew I had him there, because Mr. Certainty didn’t know what the hell I was talking about.  That’s the beauty of being a critical theorist/discourse analyst.  We have constructed a whole slew of technical terms that only we know the meaning of, and I could see he was struggling to gain a footing.

“Try argue semantics with that one – big boy.” I thought pettily.

To be honest I was struggling a bit with  ‘the discursive turn’ myself.  It is one of those terms that most people in the field know how to use in context but can’t really explain and I had only begun trying engage with it recently and was still slightly at a loss.  But I sensed my advantage as he tried in vain to formulate a retort.

I went on, “You positivists have failed to understand how the constitution of meaning itself is political.   You’ve settled on meaning as something fixed and stable but all you are doing is reproducing particular certainties as if they are inviolable.  You rank right up there with historians, and your discipline is going to become irrelevant because everyone is moving on mate –that’s right – the academy is moving on and you people (I spat this one out) will be left alone on your island of certainty wondering why no one is listening to you any more.”

And this brings me to the point of my musings today and that is the  tyranny of certainty.  The discursive turn is sometimes called the ‘2nd cognitive revolution’ and indicates there to be large scale shift in the way that humans make sense of their world.  We’ve gone from looking for objective scientific meta answers to looking at the kind of language we use to create meaning and in turn to how we create social hierarchies, and normalize certain ideologies using that language.

For instance, rather than arguing whether or not the church is actually ‘true’, we could be considering how we have come to use the word ‘know’ and ‘true’,  and to think about the social ‘work’ that these terms are performing in our church.  In other words, how has this statement ‘I know the church is true’ worked to influence our religious or spiritual experiences?

Currently the academic fashion is one in which several disciplines are thinking more about how we make sense of the world in which there is ambiguity, contradiction and complexity.  These days we are less inclined to nail down certain meanings as definitive. Even in the church there has been a bit of a sea change from the podium thumping, hell fire and damnation preaching of the previous generations of which Bruce McConkie was the archetype.

For example, in 1982 Bruce McConkie gave his controversial BYU devotional speech ‘Our Relationship with the Lord’ when he proclaimed that we shouldn’t be worshiping Christ.   He was the past master of the definitive and declaratory.  If you look closely at his talk you will notice how he uses particular devices to bat away doubt:

“I shall set forth what we must believe…”

“I shall expound the doctrine…”

“I will set forth the view of the brethren… and those who understand the scriptures.”

“Don’t set too much stock in the current views and vagaries that are afloat….stay in the mainstream”

And this is followed by several “We know…”  “We believe…” statements.

His rhetorical approach was geared toward doing a  particular work which might have made sense some last century and fit with a Fordist, mass production and regulatory kind of theology.   But these days it’s unlikely for us to hear this kind of emphatic discourse from the pulpit, and if we did I imagine the internet would be abuzz with peevishness.  If anything, these days,  a kind of gentle self-consciousness has crept in to our official rhetoric.

Gordon B. Hinckley  gained some notoriety for saying on several occasions, “I don’t know…”  Naysayers wonder how he can be a prophet and ‘not know’ something but I’m personally happier with a prophet who owns his mortal imperfections and is honest about it.  I think we’ve over-inflated the prophetic call as something akin to Adam walking and talking with God in the Garden of Eden.

Quentin Cook, speaking at the October conference stated, “While we don’t know all of the answers…”   This is at odds with Brigham Young who frequently suggested that Mormonism has all of the answers to everything and anything true he claimed to be Mormonism.

Rather than being told what is true and simply swallowing it, Richard G. Scott suggests that we can know for ourselves, “The scriptures are true”  by our personal study and prayer.  This is not an unusual statement in Mormonism and goes right back to Joseph Smith who suggested that as a religious community our  spiritual self-empowerment is more important than a blind faith.

Interestingly no-one from either the First Presidency or the QOTT  for a number of years has stated such things as,  “I know the church is true”  at General Conference.  Russell Ballard is the only apostle who has made anything akin and that was almost 12 years ago, in October 2000.

This gives rise to an impression that in order to for our theology to be relevant at this time in the world’s history it does require a certain degree of modesty.  There is something alienating about statements of ‘knowing’ that are communicated as certainties.  Even Fox figured that out and turfed Glenn Beck.  Now all they need to do is to get rid of O’Reily and Hannity and the world will be a better place.

The problem with religious certainty is that it has in the past sought to colonize and regularize our personal ‘religious experiences.’  It has sought to make sense of the deepest and most profound experiences of our souls and has ascribed to them a ‘churched’ language in order to apprehend our loyalty.  I can understand how this might be necessary.  Churchy people are in the habit of making a community.  Communities generally like to share a language and to create some commonalities in order to build a sense of belonging.  However, we are at a stage where the challenge for us is to put together a community that is relevant and for today, which, it would seem, means being less certain, more tolerant, less regulatory and managerial about our utterances.

Back to Phillip Barlow’s statement.  For me it was as though all kinds of lights where winking on one by one.   “Of course,” I thought.  This is fundamental.  We are called to be people of faith.  That is, we seek to make present in our hopes a certain orientation toward the divine.  The tyranny of certainty is that it creates borders, limitations and restrictions around our spiritual ecstasies and our spiritual pathos.  My faith in Christ is such that I feel confident in the possibilities he offers me not only in terms of the way they shape my daily mortal meanderings, but in what He offers me as a means to reconcile myself with God.  I have notions, and a specific language that Mormonism has given me to try to make sense of those transcendent experiences and to explain the architecture of my belief.  But I also have an inclination that the house is bigger than the front door.

But then again, I could be wrong – Nathan would get a lot of satisfaction from that – so I’ll never admit it, even if I was.  (Wink, wink)

February 19, 2012 What ever happened to Hagoth?
Recent Comments
0 | Leave a Comment
Browse Our Archives
get the latest from
Latter-day Saint
Sign up for our newsletter
Related posts from KiwiMormon