Mormon mystics and managers: The traces of Joseph and Brigham in us

Mormon mystics and managers: The traces of Joseph and Brigham in us May 5, 2014 Gina Colvin 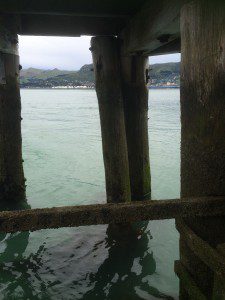 I love the idea that our church had its roots in the spiritual raptures and visions of a mystic.     Mystics have a vast spiritual intuition and are truly gifted in working out the tangle of cosmic threads in a way that ultimately reveals paths to individual and community spiritual enlightenment.   But they don’t always play by the rules, their  rhythms are measured by the beat of a different drum, as Joseph Smith’s life attested.

People followed Joseph because they loved him and they wanted to be around him, to catch some of his vision, to borrow some of his aura, to hear his voice as it was carried away in spiritual communion as he spoke of the glories of the heavens and human transcendence.  Joseph was also a lover.  He was generous, counting himself as brother to all, and his hospitality  was the stuff of Mormon legend.  Yes, he was flawed, reckless, a bit nuts, but his heart was big, his vision titanic, and his gifts immense.

Brigham was only a marginal mystic  rather, he was a manager.  He took the chaos that was the Saints and herded them across the plains to Utah where he organized a settlement pragmatically, straightforwardly and successfully.   He was also a bully, shooting off his mouth to threaten and cajole, concerned greatly with building projects, economic growth, and  religious and social order.  He made Utah a theocracy, and the Mormons a viable settled religious people who would make it through the next centuries.

From Joseph and Brigham we have inherited these two strains of Mormon, the mystic and the manager.    In our personal lives we look for the mystical – we strain to feel for the Joseph  within us and around us.  We fast to privilege our spiritual capacities over our physical wants, we pray for and expect divine intervention and revelation, we give because we truly believe that in sacrifice we will find ourselves and God, and we serve each other because we feel the warm and delicious waves of charity that wash over us when we give relief.  And like Joseph we are a hospitable people and count each other as family.   The landscape of Mormon memories are more often than not filled with love, community belonging, and the goodness of our people whose rhythms of the every day attest to an unstinting vision of the value and spiritual possibilities of human spirit and soul.

However, in our corporate lives we can be a bit like  Brigham Young.  Handbook thumping, concerned with community discipline,  social deficits, lack of deference to authority, and our  failure to follow the cultural and institutional order of things.    Like Brigham we can be mean too.    He regularly used the pulpit to condemn and deride, and he used  his office and money to buy up and kick out.  I have some admiration and affection for Brigham. Yes, he kept alive some of Joseph’s vision and he wasn’t all brute, but by his own admission he wasn’t much of a mystic,  famously declaring:

“I do not profess to be a Prophet. I never called myself so; but I actually believe I am, because people are all the time telling me that I am.”  Journal of Discourses, 5:177

In many respects we have upturned the order of the original church where Joseph the mystic lead, and my church forebears followed.  Following the Brigham tradition, nowadays leaders are more often than not institutional managers and spiritual motivators  than they are mystics.  And its caused us to sometimes measure the health of the church in terms of building projects, civic influence, the social order of the people and the size of our bank accounts.  It has also meant that the terrain of management has tried to ‘develop’ the property of the mystical, where our yearnings for the spiritually expansive Joseph of our faith tradition are pushed back to make room for the boom and bark of Brigham.  Note that we habitually hear testimony of the Truth of the Church every fast Sunday rather than share the details of our communion with God,  having been warned by Boyd Packer:

“I have come to believe also that it is not wise to continually talk of unusual spiritual experiences.” (Ensign, January, 1983)

I’m not suggesting that we fall about in gyrations  of spiritual ecstasy, I’m suggesting that there seems, at least in my church experience, a noticeable lack of attention to the sublime and the transcendent.  We sing of Zion but don’t make our fingers bleed to build it – prematurely calling our church ‘Zion’ before it has become so.   We think we see Zion in the lock-step smartly dressed façade of the people, and the glimmer of our spires, but these are not alone signs of Zion, they are more often than not characteristics of clever religious and social management.  We share warming stories at the hearth stones of the pulpit that are sweet and affirming, but we rarely warm ourselves in the fires of faith and in the tempests of Jesus discipleship.

We shouldn’t expect mystics in the red chairs.  The qualification for Mormon institutional ascent is usually reasonably banal.  These are good men, who are financially secure, preferably personally successful, have stable families, institutionally loyal and can do the business.   They are mostly good men with a strong faith and a willing heart who will from time to time be touched by the spirit in powerful ways.  But they aren’t mystics as a rule, neither are they theologically nor are they pastorally trained.  Sometimes there is a wonderful conjoining of Joseph and Brigham in the form of a religious leader, but I’ve come to be more pleasantly surprised by this than expectant.

But the good thing is – there are mystics among us.  They sit with us in Sunday School and in Relief Society.  They are not likely to call attention to themselves nor are they often singled out to be career Mormons because they see beyond the bubble of denominationalism and care nothing for securing religious market share.   The mystic’s gifts don’t descend just because one is in a white shirt, or a knee length skirt. Perhaps they are in the form of the widow, of the orphan, or the poor.  Perhaps it’s that heretic, or the single man, or the harried mother, or that young woman who was born on a star of spiritual grace and knowing?

First came Joseph, and then came Brigham.  First came the mystic and then the manager.  I see the need for both – I do, but as an unwanted and mouthy Mormon cultural observer I yearn for more of Joseph, for more stuff that breaks my heart with love.  I want to experience the swells of transcendence that transport me into the realms of heavenly imagination and divine possibility, and move me with compassion beyond the walls of an insular church to change the world.  And I want to do this with my people because I believe we have something beautiful to offer  – if we could just find the right balance between the mystic and the manager.

May 3, 2014
Utah: Where being a brown brother with a pen can cost you your life
Next Post

May 17, 2014 Speaking Confidently of Motherhood Memes
Recent Comments
0 | Leave a Comment
Browse Our Archives
get the latest from
KiwiMormon
Sign up for our newsletter
Related posts from KiwiMormon