Church Leadership and the Dilemma of Dementia

Church Leadership and the Dilemma of Dementia August 2, 2014 Gina Colvin 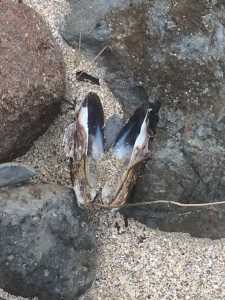 Towards the end of Ezra Taft Benson’s life I recall him being very unwell.   I have a lasting image of his being seated in General Conference wide-eyed, bewildered and confused. I thought at the time, ‘He has dementia.’   But there were no announcements to confirm this. It was no secret that he was sick, but the nature of his condition wasn’t publically stated.

And so as a newly married couple we would regularly pray for President Benson’s return to full health. Until one evening at the end of May 1994 during couple prayer, after receiving an unmistakable impression, I stopped my husband mid-utterance and told him that he needed to pray for the Lord to release President Benson from his failing body, and take him home.   I woke up the next morning to a phone call announcing that he had passed away.  (And by the way – no, I didn’t kill President Benson – in case you were wondering.)

I have since been puzzled that there seems to be no mechanism in the church organization to deal with a President who is suffering from senility or other forms of mental illness.   The succession process works on the assumption that a President will always be in possession of his full mental capacities. So, there seems to be no option to release the President of the Church back to his family for his final days to privately and quietly attend to his comfort and care.  Steve Benson’s very public disaffiliation from the church is some indication of the stress that the ‘business as usual’ route taken by the Quorum of the Twelve and who ever else is pulling the leadership strings can cause family members.

I’m not sure why? In fact I’m completely at a loss as to why it is felt that the church members need a charade of Presidential lucidity to carry on in the faith. There is no shame in dementia. Senility is a fact of agedness and if the church is going to continue with their ‘keep going until you die’ policy then it’s a fact of life.  Statistically it stands to reason that  around 1/4 of church leaders over the age of 85 will eventually be stricken with the disease. Raising the question as to how many more Presidents of the Church this will this affect and what should be done about it considering nothing seems to have been done about it in the recent past (in the case of Ezra Benson).

That being said, rumors have been rife for several years about the mental condition of our current President, Thomas Monson.  These days  it is largely an open secret that Thomas Monson suffers from dementia and has been getting progressively unwell for a number of years.  Its not  a secret, it’s just not an announcement.   Yes, President Monson can still  read a talk from the teleprompter at conference but in extemporaneous situations my sources tell me that he can be somewhat, and understandably unpredictable, requiring the close monitoring of his personal minders.  I understand  from others that he has short-term memory loss and often forgets that he has just recently shared a story or an anecdote.  The  question therefore  arises as to whether or not he is currently fit in body, spirit and mind to lead the church. The other question is whether or not it would be a service to these elderly men to give them and their families an out – so that the relentless grind of church service is not an expectation in their twilight years should they choose to withdraw for a more quiet end of life experience.

In theory the leadership of the church could be handled by the collective voice of the remaining 14 apostles. In theory at least – but my sense is that without the formal processes and organizational mechanisms in place to make this happen well, then it has the potential to create a leadership vacuum wherein the collective and inspired will of the quorum might be undermined by the force of certain personalities. Of course I’m not claiming that there are forceful and very conservative personalities in the Quorum of the Twelve who are known bullies who repeatedly override the will of less conservative members of the Quorum of the Twelve who are more gentle, inclusive and thoughtful in their manner!  I wouldn’t assume that at all!

The answer to this predicament would be to announce that President Monson is mentally unwell, but that the remaining Prophets and Seers and Revelators could handle the business of spiritually guiding the church until a new President in chief has been appointed – or until the death of President Monson.  There is certainly historical precedent for a gap in Presidential leadership.  But the hierarchy would need to openly acknowledge that there is an issue and set about making a contingency.  Or a new precedent could be set in providing a pre-death release for ailing church leaders.  The Catholics allowed this, and look how well that turned out.  The new Pope has been a huge hit!

All of this might be possible if we weren’t battling with a strain of Mormon Culture that actively fosters Leader Love.  We sing songs thanking God for a Prophet;  we are required to stand when he enters the room;  we wave white handkerchiefs when he passes by us, and we tearfully bear our testimony every week that we ‘know’ that President (insert current trustee in trust) is a Prophet of God.’ So the idea that perhaps he isn’t up to anything particularly prophetic because of  his ailing mental processes is culturally unthinkable.   Furthermore, if we didn’t suffer from our cultural baggage of ‘Mormon Magical thinking’ – we wouldn’t hold to the opinion that notwithstanding any spiritual, mental or physical condition God could or would talk through the mental fug and miraculously reveal His  will to his hearkening prophetic receptacle.

I personally think it’s a nonsense that the exercise of prophetic abilities is irrespective of mental and physical capacities. The exercise of spiritual capacities requires mental labour in the first instance.  We are studying the Old Testament in Gospel Doctrine this year and ancient prophets went to terrible pains to assure Israel of their prophetic capabilities. This required all kinds of cognitive processes, strategizing, out-witting, engagement of current political and cultural contexts, and general cleverness to do their job well.

The other issue of course is with aged care. In New Zealand we have been lately concerned with elderly well-being, care and elder abuse. Underscoring these concerns is the overarching desire to preserve the dignity of the elderly, along with the need to show them respect  – particularly those who are unwell and are mentally failing. Problems with coercion, social isolation and exploitation can occur when the elderly are suffering from cognitive disorders.   I am not going to go so far as to claim that President Monson is being abused, but I feel very uncomfortable that no statements have been made about his condition. This charade of vigor and cogency is not kind in the least.   It feels disrespectful, and it has the potential to place family members in a difficult position should they wish for alternatives for their father and grandfather. It feels as though the church has taken possession of President Monson for the purposes of affirming leadership and institutional stability which to me is less important than the needs of the individual. In short it feels like a form of exploitation.

If President Monson were my father or grandfather I would be distraught at the pace of work required, the vain expectations of many millions of people for him to continue in his spiritual work when his capacity to do so seems to have failed, and the lie that I would be required to live to preserve the image of the church.   If I were President Monson’s daughter I would take him home, provide him with both the familial and expert care that he requires. I would listen quietly and privately to his stories of long ago and laugh at his funny ways with a tear in my eye for the soaring capacities he once had.

An afterword:   In conversation with conservative husband after reading this draft:

Him: Well I’m of the opinion that God could still direct the church through President Monson even if he was mentally unwell (he doesn’t actually believe that he is).

Me: Don’t you need an Elder’s Quorum President? Why don’t you suggest Carlos (n.c. – a ward member with a severe mental disability) to the Stake?  By that reason he could do the job couldn’t he.  Or perhaps you would recommend him as a Young Men’s President?

Me: If your theory holds then we should baptize people who are mentally disabled. Surely by your way of thinking they could be touched by the hand of God and healed enough to be called to as gospel doctrine teachers, Bishops,  and Relief Society Presidents?

July 20, 2014
A Conversation with Kate Kelly: Feminist and Optimist
Next Post

September 7, 2014 The Temple Recommend Series: An Introduction
Recent Comments
0 | Leave a Comment
"Spencer I would tell you to google what they're doing in the relief space and ..."
Winston McCarthy Hoarding the Sacrifices of the Ordinary
"For tough times? This was made a year ago. Has the Church donated billions in ..."
Spencer Hoarding the Sacrifices of the Ordinary
""Kiwimormon" So called intellectuals are pretty ignorant. May 2021 Gates couldn't save their marriage. How ..."
Once were warrior Hoarding the Sacrifices of the Ordinary
"The BoM account in Alma 63 doesn't mention the destination of those "ships", indeed, whoever ..."
Douglas Self What ever happened to Hagoth?
Browse Our Archives
get the latest from
Latter-day Saint
Sign up for our newsletter
Related posts from KiwiMormon