Digesting the Dehlin Drama: Thoughts in the wake 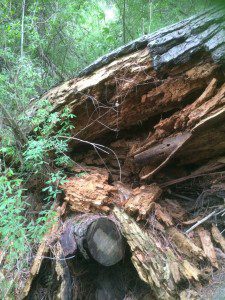 I’ve spent the last couple of days percolating the latest excommunication drama, waiting for the heavy weight of it on my heart to lighten somewhat.  It hasn’t.  It was sadly inevitable that John was excommunicated.  Not because John did anything different to what he usually does – tell all, scrap it out to the last, and do it with characteristic noise.    My heart is heavy because there are no winners in religious warfare. Between the triumphant and the embittered there is a vast canyon of resentment, and in this fight it is our Christianity that is being caught in the crossfire.

But lets face it – this moment isn’t unique to Mormonism, it’s not even unique in our history.  Religions are often troubled and disrupted into change by insider discontent and outsider fury, its just what happens.  As T.S. Eliot quipped:

The Church must be forever building, for it is forever decaying within and attacked from without.

The difference is that these days the disruption isn’t coming from a voice here and a voice there.   The difference today is that our people, our tribe is only a Facebook page, a podcast community, a blog removed from us and on both sides of this imaginary war of ideas we are finding each other.  We recognize each other’s experiences, each other’s indignation and we are gathering.  However, from within our respective echo chambers the voices that used to cause us to grumble or raise an eyebrow good heartedly are beginning to sound more and more like another people, another church, an enemy – when once they were our family, our friends, our visiting teachers and our leaders.  We tolerated each other’s differences because there was no other choice.  We were stuck with each other because we were all we had.

But without it meaning to, the world has arced out into new trajectories.  Monolithic institutions are imploding; humans are connecting across the earth; information is moving through us with rapidity; social media is creating movements, and following an age of cynical and dehumanizing industrialization and corporatization we are breaking away from strict formality and we are awash with unprecedented nuance and possibility.  And there’s no stopping this.

For instance, these days my personal spiritual yearnings are expressed BOTH in my ward congregation and the congregation of my own making.  My church has become a rich and beautiful tapestry of the Mormon unwanted, the shunned, the unloved at church, the furious and the content, the coming and the going, the nuanced and the unorthodox, folk who have gathered to share their words, their stories and their exclamation marks in a kind of rolling 24 hour a day international community of care.  And then there is my local ward community who have care for my bodily presence.  These are they who I show up for every week, and they are those who show up for my family and me with their smiles and service.    But my spiritual community today isn’t solely Mormon.  I count the Anglican women priests who have administered the Eucharist to me; Pope Francis whose ministry has been an inspiration; My pastor de jour is a tattooed female Lutheran alcoholic with bad temper and a foul mouth; I appreciate the liturgy of the Anglican Cathedral and I respect them because they care for my chorister son; I’m inspired when I visit the South West Baptist Church who have caused me to embrace with joy the doctrine of grace.  All of these I consider my Christian community, because I have found that I need them all to keep me alive in the spirit, just as I needed John Dehlin when I found his podcasts six years ago.

Cutting John Dehlin off from the body of the church does not make him an outcast because lets face it, who really gets ex-‘communicated’ these days unless part of the condition is to unplug from all devices.  In many respects ‘ex-communcation’ is nonsense, an anachronism that made sense before social media earned you a ground swell of support and loyalty and friends AFTER being socially shunned.  Oh the irony.  Nevertheless I’m not alone when I say that my people; the church of my making is   a wide, wide tent these days partially because of John Dehlin, and I have never felt more spiritually alive, spiritually aching, more Mormon and less Mormon all at the same time, and I’m OK with that.  Others may not be so expansively inclined and I’m OK with that as well.

The nature of our time is that many of us are seeking wisdom, belonging, answers, and spiritual awakening inside, outside, elsewhere and everywhere – because we can.   And we are discovering that while we call ourselves Mormon the choices and contexts that are shaping the fabric of our belief systems are so very, very fluid that we cannot be spiritually defined at any given moment.  And, you simply can’t take a slice out of any one person’s life and call that an accurate reflection of their faith – enough to expel them from the body of the church.   If there is anything that John has taught us is that our faith lives are messy.  He just happened to live out those disruptions to his faith publicly because he could.  Fixating on a sliver of belief or non-belief of a person’s life is rather like taking a water sample at a specific place and time and using that to define the global condition of H2O.  No one person is a single static story of faithfulness or faithlessness because if truth be told we are all of us both of these on any given day.

Too much attention to the strict binaries encapsulated in the monikers ‘Progressive and Conservative’ is perhaps drawing the lines too thickly and demonstrates our lack of spiritual and community imagination and maturity that we have to rely on political ideologies to define us.   We need to be differently better than that.  If this moment calls for anything, it calls for us to be differently better.  As Meyers (2009) suggests:

Instead of digging deeper trenches we need to declare a cease-fire and agree to meet around the kitchen table, where people actually live, to discuss what we are fighting about and what on earth it has to do with Jesus.

January 28, 2015
On tuning into another LGBT drama in 'Murica
Next Post

March 9, 2015 Monogamous Mormon Threatened for Rejection of Polygamy
Recent Comments
0 | Leave a Comment
Browse Our Archives
get the latest from
KiwiMormon
Sign up for our newsletter
Related posts from KiwiMormon