On tuning into another LGBT drama in ‘Murica

On tuning into another LGBT drama in ‘Murica January 28, 2015 Gina Colvin 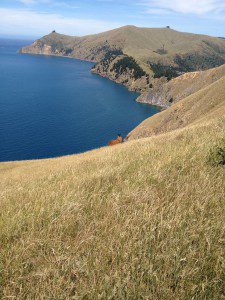 30 Minutes ago the Mormon Newsroom concluded a rare press conference.   Let me be clear, for senior leaders in the church to front up to the media outside of General Conference wherein they make an announcement  to an international audience is a pretty big deal.  So even though it occurred as the sun was just coming up in Aotearoa/New Zealand, I tuned in.

The subject was religious freedom, and in a nutshell  the purpose was to reaffirm the church’s right to oppose same gender marriage while at the same time calling for tolerance toward LGBT folk – particularly in employment and housing.

Aside from the fact that Oak’s argument of reverse prejudice expired last century; Aside from the fact that the claims of a pluralistic state’s minority groups can NEVER be equated with the rights enjoyed by the dominant majority;  Aside from the fact that anecdotes citing unpleasant incidents between two groups of people wherein the dominant group experiences the discomforting position of being questioned and judged for their stance –  my main issue with this ‘hardly ever happens’ news conference is the following.  Regardless of the LDS faith being an international, worldwide, global religion (supposedly) – once again the  church asks every Mormon everywhere to draw a seat up to watch LDS Inc’s dramas with the US political system generally, and Utah politics specifically.

For once I would like them to start behaving like an international religious organisation and respond in real time to the pressing concerns facing the globe.  How about environmental degradation and Earth stewardship?  How about war and violence which (surprise, surprise) our own canon eschews?  How about the problems facing the global South as neocolonial, exploitative capitalism ravages these states and plunges them into debt and poverty?

As a non-American, I’m so very, very tired of LDS senior leadership addressing the church as if we were all Americans by drawing us into their myopic Utah dramas like we should care less.

And in truth, all of this canting and whining about the perceived threat to the church’s religious freedom sounds like an adolescent tantrum.  Its just undignified.   I’ve said it before, and I’ll say it again.  20 nations wherein the LDS church enjoys an official presence have legalized same-gender marriage.  As someone from one of those countries, please let me assure you – it’s fine.  Chill out.

And if the church is worried about its freedom to bang on about  its own theological idiosyncrasies  in the public sphere then maybe they should turn their attention to concern for issues that earn them the moral authority to be taken seriously on other, and more pressing issues affecting the human family?

January 18, 2015
How loving the church can get you hated by the church
Next Post