How loving the church can get you hated by the church 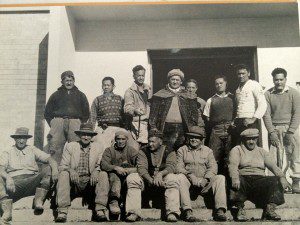 On the 10th of January 2014 a group of commissioners from the Hamilton District Council released their report after hearing an application from the LDS church to demolish buildings on  the recently closed  Church College of New Zealand. It had been a heart breaking affair particularly for the Temple View Heritage Society who opposed the church’s application to destroy what was for them a much loved site and community centre ‘built for eternity’ by parents and grandparents (including my own).

Over the preceeding years the LDS Trust Board was locked in a battle with a vocal group of faithful Latter-Day Saints, who, for the first time in their lives found themselves opposing the actions of the church to whom they had given years and years of dedicated service. There were two former bishops in the group who  at least on this ocassion could not in all good conscience support such a cynical corporate plan, nor  could they agree with those who so brazenly held out the threat of ‘conformity or else.’

The battle with the church (which you can hear about here) culminated in a hearing and shortly thereafter the decision was publically released.   The hearing, wherein two groups of Mormons were pitted against each other, was by all accounts a painful experience – particularly for those who spoke against the Church’s redevelopment plans.

Interestingly this pain is the first thing noted by the hearing commissioners (who were not LDS). They begin their report with the following:

There has been a feature of this case which has distinguished it from most of the other cases that either of us, as experienced commissioners, has conducted over many years. We were impressed and indeed touched by the degree of passion, commitment and emotion that many of the lay submitters, whether they be in support or opposed, brought to the Hearing. We were faced with a series of heart-felt personal testimonies. Not once, but several times during the presentation by submitters, we felt obliged to pause the proceedings whilst a submitter speaking re-gathered their composure.

As experienced commissioners we are well accustomed to submitters opposed expressing a view contrary to the proposal advanced by an applicant. However, in the course of the hearing of this case we came to appreciate the reasons why many submitters in this case found appearance before us extremely difficult. That appeared to be caused by one or more of the following elements:

We also observed that for those submitters opposed who were female, there may have been an additional element given the strong male presence in the officials of and advisers to the Applicant.

Lets be clear, in the main those who speak out about the church and sometimes criticise either the culture, the actions or the stance of the organisation largely don’t do so because they are apostate, or are anti-Mormon, anti-Christs, or are seeking to lead people astray.  In the main, these are people who love the church and ache for it to be better, and standing up against the LDS behemoth can be heart-breaking.  Expelling, shunning and villifying those who ache for the church to better fulfil its promise of goodness and kindness, justice and grace, community amidst diversity, inclusivity, tolerance and charity, honesty and transparency –  is nothing short of  Orwellian.

Excommunication is a crude and medieval response to heresy and dissidence. The exasperation that thousands and thousands will be feeling as a result of John Dehlin’s imminent expulsion from the church will have few, if any healthy consequences for the church. The spiritual immaturity of an organisation that is unable to respond with understanding to the discontent of its own is profoundly saddening. I eschew church discipline except for the most grotesque of human evils. Church discipline as a consequence of activism, questioning, and critique is futile because it will only lead to an explosion of dissatisfaction and yet another wave of our friends and family choosing to leave.

I could not have designed a more successful bad publicity campaign for the church myself.   A witch hunt that tracks down and silences popular LDS voices who speak up for a better religious experience  runs counter to all natural human feeling and in the long run (as has been the case time after time after time)  the LDS institution will find themselves on the bad side of history.  They will not find themselves heroes, the church won’t be better for having lost those who can think critically, the faith will not be elevated by John’s expulsion or April’s censuring.  Rather we will all find ourselves with years and years – even decades of bad public, and agonised internal feeling to manage.

A word to  LDS Inc.  You don’t have enough public credibility or moral authority to win in the competition for hearts and minds writ large.  Yes, you might have the silence and the support of the conforming majority within the church who believe the organisation needs no alteration.  But if your calculations are made by measuring the feelings of  the internal majority your formula is off.   In the case of John Dehlin over  160 media organisations have taken John’s story off the wire in the last few days- some of them major news services – and the church comes off  in this affair to millions and millions of people (all potential converts)  as little other than petty, fearful, and insecure.

Is this really how Zion is to be established?